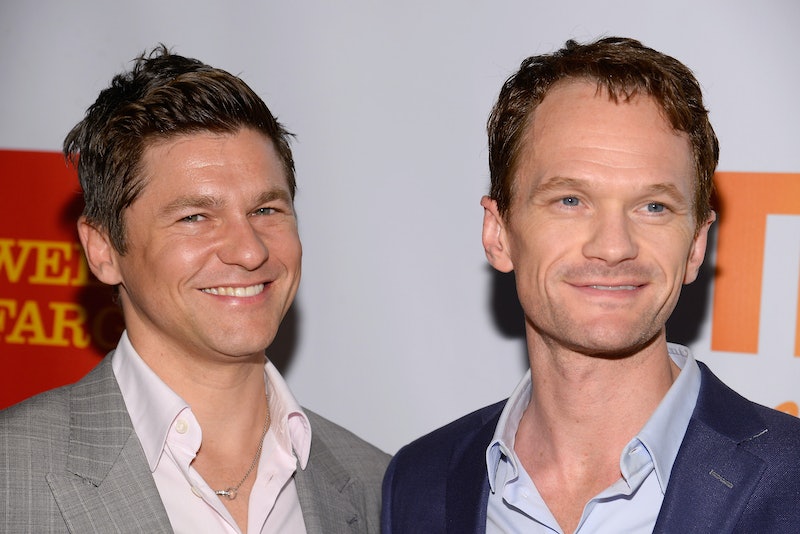 The more details that emerge about Neil Patrick Harris' wedding, the more amazing it sounds. NPH and David Burtka were already the cutest couple around so it wasn't hard to imagine that they'd have a magical wedding. (Literally, because they performed magic tricks.) But now Neil Patrick Harris has confirmed that the ceremony was exactly as adorable as you'd think. "I just wanted to be able to say nice things about David, to David, in front of the people who matter most to us...a declaration to share in front of our kids," he said on The View. "They're important words that need to be heard by the person that you're [marrying]...it was fun."

But the cuteness doesn't stop there. Harris and Burtka's two children were their ring bearer and flower girl, although he revealed they might have been a bit young to understand the concept.

Harper was the flower girl. Gideon was supposed to be the ring bearer. He said, "I'm the orange boy." We said, "What in the world is an orange boy?" He explained this whole thing that he comes down with a basket of oranges and he hands the oranges to everyone... Harper was gonna go first and do the flower petals. She's much more into Frozen and Tinkerbell and performing... She was very excited to throw flowers at people...We're about to start. Harper doesn't go and she panics. She's starting to cry and we're all stressed, like, "You have to go now! We've timed this to the sunset."

But like any adorable couple on the brink of a wedding disaster, they solved things with togetherness. "I was like, 'David, let's pick her up and we'll all go together,'" Harris said of how they headed down the aisle as a unit.

And if that doesn't sum up how sweet this family is, nothing will. Except for maybe this:

Oh, who am I kidding? They're never going to stop upping the adorableness level. After all, they're Hollywood's sweetest couple.