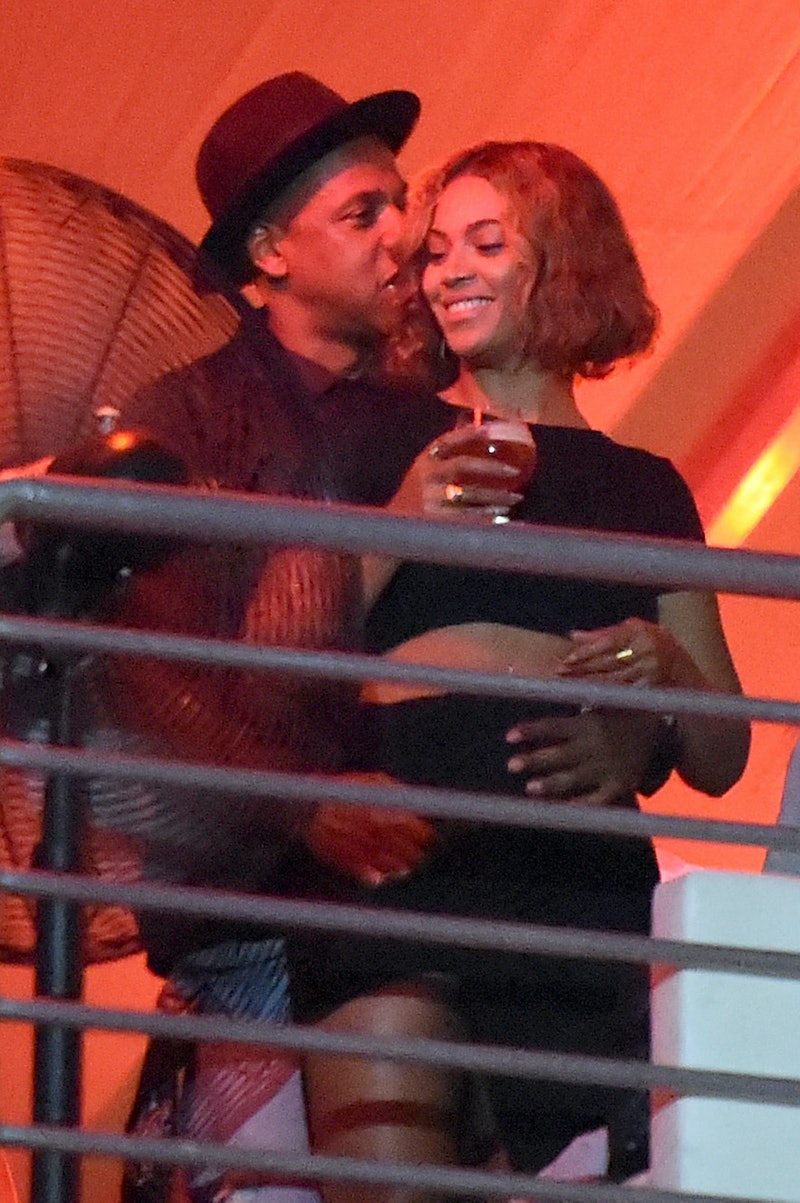 Remember how a few weeks ago there were all these rumors going around, saying that Beyoncé and Jay Z were all but an ink stroke away from getting divorced? There was talk of lawyers, solo apartment hunting, cheating with Rihanna, etc. It was an absolute mess, a media circus, if you will — but the ironic part? I'm starting to think that perhaps Beyoncé and Jay Z were the ring leaders the whole time. A new report has just made its way to this crazy thing we call the world wide web and its claiming that Beyoncé Jay Z actually just renewed their vows. Divorce? What divorce?! Hahahaha, you suckers!

Grazia magazine is claiming that the superstars held a special commitment ceremony in Corsica, France whilst celebrating Beyoncé's 33rd birthday. The occasion supposedly was intended to "wipe the slate clean" for the couple so they can focus on the future. Neither Beyoncé nor Jay Z have commented on the supposed vow renewal, as neither did on the divorce rumors, but does anyone else think it's a little odd that we went from OMG, their marriage sucks to they're rock solid in a matter of a few weeks? Right after their tour wrapped? I don't normally fancy myself a conspiracy theorist but the timing of all of this is awfully suspicious. Were the rumors, like Beyoncé's dad said, all to sell tickets?

I'm glad the couple is back "on," but I can't shake the feeling that we've just been had.

Somewhere in the Mediterranean, Beyonce, Jay Z, and even little Blue Ivy are sitting on a yacht, lighting cigars with $100 bills, laughing at us, you guys. And that hurts.