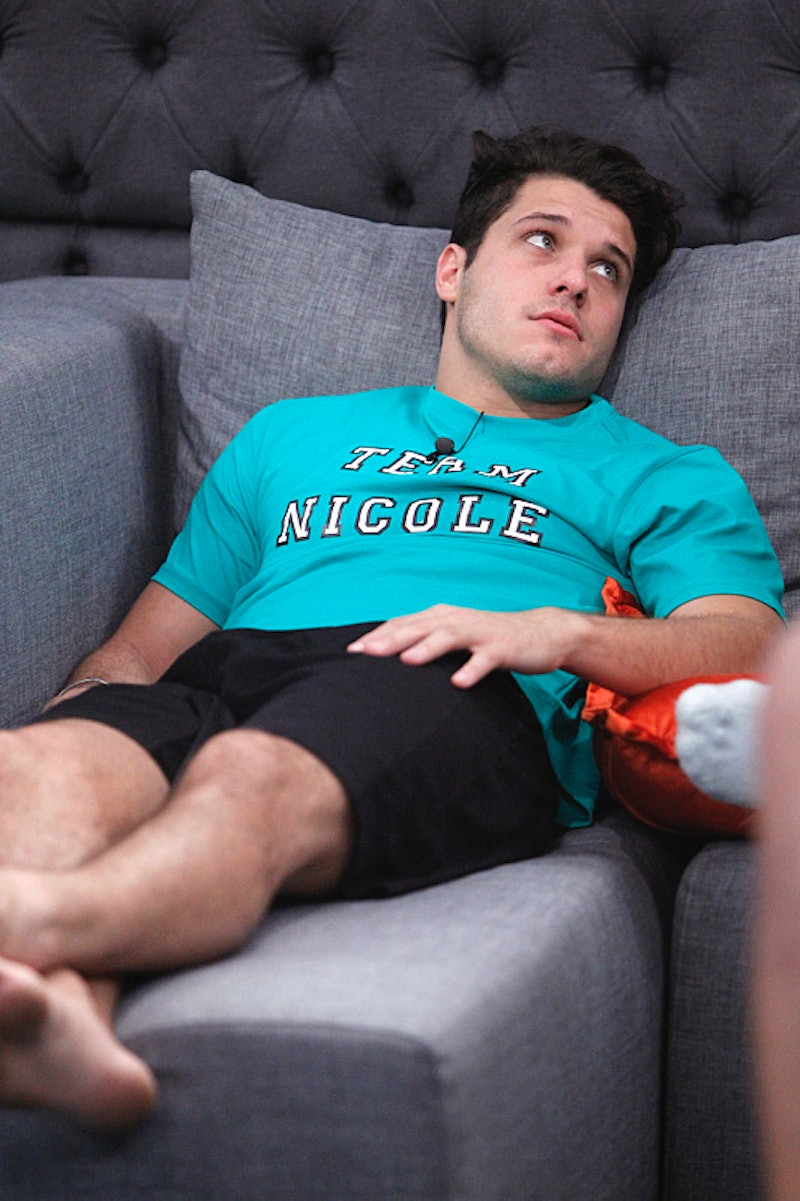 In a season full of epic speeches, this one is right up there next to Zach's "Froot Loop dingus" burn. Big Brother 's Cody sealed nominee Caleb's fate, not with a kiss unfortunately, but with a pretty dramatic speech. As the sole houseguest to cast a vote for eviction, Cody voted for his longtime ally Caleb to leave the house, but not without an intense and revelatory goodbye. Cody revealed his Hitmen partnership with Derrick, which the pair had formed on day two of being in the Big Brother house. He said that when he wasn't really with the majority of the house early on in the season, Derrick came to Cody and asked him if he would be his "ride or die." Yes, folks. Cody is like the Beyonce to Derrick's Jay Z.

Cody explained that they made a deal to take each other to the Final Two and promised to never "cross each other, lie to each other, or go behind each other's backs." They made all of their decisions together and basically did everything together, as Cody explained. Awww. Can Cody and Derrick just have their own buddy cop spinoff already? I'd totally watch that.

Now that the house was down to the Final Four, in order for the two of them to sit next to each other on Finale Night, the only option was for Caleb to go. Basically, Cody was like, "Thanks for being so loyal and winning competitions for us, Beast Mode. Now GTFO."

I never saw Cody as a very eloquent guy, but his speech was actually pretty well said. Although, I'm sure he rehearsed it with Derrick many, many times prior to the live eviction.

Though I initially saw this as a dumb move on Cody and Derrick's part, in the sense that you probably shouldn't reveal your alliance, but after thinking about it a bit more, it actually is a smart strategy. If you're going to evict one of your alliance members who truly believed you were going to bring him to the end with you, you better have a good reason. Caleb is, naturally, going to feel betrayed, but giving an intelligent rationale for the move and showing that it was part of a long-percolating strategy might help Cody and Derrick stay on Caleb's good side somewhat. And with Finale Night only a week away, they want every vote they can get from the jury.

And not speaking of the houseguest everyone forgets is even there, Victoria looked heartbroken during Cody's speech, so I actually had sympathy for my usually least favorite player. You could tell that Victoria was slowly realizing that Derrick, who had promised to take her to the Final Two, had been lying to her the whole time, and her time is really up in this game. Although, wasn't is supposed to be up a long time ago?

Derrick better hope Victoria doesn't win the next HoH competition or else she might decide to take Cody with her to the Final Two instead. However, Derrick could probably weasel himself out of that, anyway. Plus, who are we kidding? Victoria, actually win something? Puh-lease.