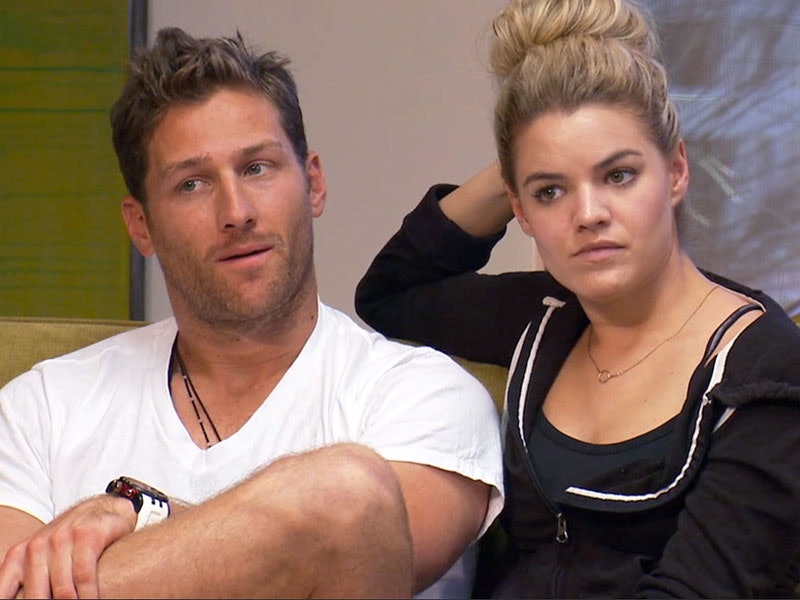 If you were hoping a second week of therapy would help break Juan Pablo Galavis of his general jerkiness, don't hold your breath because episode two of Couples Therapy shows that Juan Pablo still doesn't know why America doesn't like him. This week Juan Pablo explained to the house why America and the media hate him. "I had a ring in my pocket, but I didn't propose," Juan Pablo said with a laugh. His poor girlfriend Nikki Ferrell just sat there and watched him retell the story of the day he didn't get down on one knee. "I mean, I still had a great experience," he said shrugging.

It is true that he bucked Bachelor tradition by not handing over the ring or telling Nikki he loves her, but honestly Juan Pablo that is the least of your problems. It wasn't like America was pro-Juan Pablo for the whole show and then decided to hate him during the finale. No, Juan Pablo was making America angry way before that, and ever since then, too. The biggest issue here is that he still hasn't figured it out. I couldn't care less if he ever puts a ring on it. I'm mad at him for being rude to women, gay people, disabled people and more.

So, since Juan Pablo can't figure out the real reasons America hates him, I've composed a handy list for him to refer to in the future. Now hopefully he can stop playing the victim card and own up to why the media actually picks on him.

Sigh. JP, stop being such a skeevy guy. Fortunately even Jenna Jameson saw right through things, and said what we've all been feeling since before his season was even over. "Juan Pablo is very me me, look at me, everyone loves me," she said of the former Bachelor.

Hopefully Couples Therapy can help JP see past his own nose and at the larger picture of his flaws, but don't hold your breath. Juan Pablo still thinks everything about him ees okay.