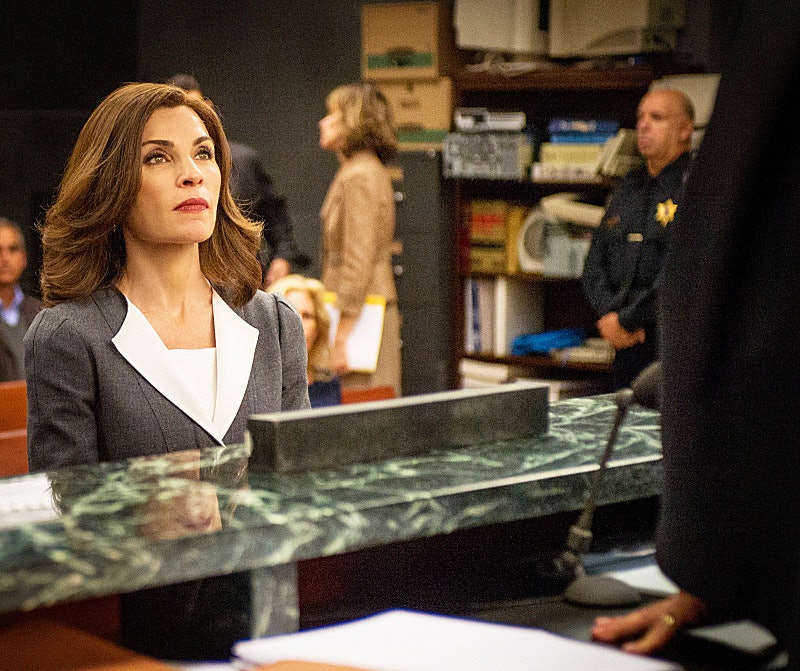 In The Good Wife's Season 5 finale, Alicia Florrick was faced with one of the biggest questions of her life. No, it wasn't "Will you finally divorce Peter?" or "Do you think we can bring Will Gardner back from the dead?" Straight from the mouth of Eli Gold, the question was "Would you want to run for State's Attorney?" Oh. My. God. That has to be one of the most compelling non-romantic season-ending cliffhangers ever. No doubt Alicia would make a brilliant State's Attorney, but her answer could be so many things — Yes. No. Maybe-so. There's just no telling how she'll respond. But the one thing you can prepare for is how to see the answer play out when Season 6 premieres. But what if you miss it? How will you watch new episodes of The Good Wife online (and in time to cash in on all the water cooler, er, Twitter chatter? Unfortunately, CBS highly guards the streaming rights to its hit shows — Hulu Plus and Amazon Prime only have past seasons and most likely won't get this season's new episodes until next year. But don't let that stop you at all — we've found ways to get you your Good Wife and watch what could possibly be the biggest decision of Alicia's career since joining Lockhart/Gardner in the pilot.

Of course, The Eye Has It

CBS naturally has first dibs on Alicia and Co.'s episodes. The Eye network's general rule is to have new episodes up and ready for online consumption on CBS.com about an hour after it airs on the West Coast. Life — and technology — doesn't always work out the way we want it to, so you might have to wait an hour or so longer. Once it's up, make sure you don't slack on it — CBS.com's policy is keep full episodes online for only 17 days. But hey, it's better than having to wait the full eight days that CBS mobile app makes you endure in order to see new episodes. Don't they know that's an eternity in a post-Red Wedding world filled with live-tweeted spoilers?

Hand Your Money Over to Apple

Because we don't do it enough already, between buying new iPhones and saving up for Apple Watches. iTunes still does have the upper hand in this market. New episodes on iTunes run from $1.99 (in SD) to $2.99 (in HD). Apple also has the rights to previous seasons, if you need to catch up a bit on the show before Sunday.

Demand It With On Demand — Or DVR

If you aren't a cord-cutter yet and still have your trusty cable box, lots of providers give subscribers access to new episodes of shows — including The Good Wife — right after they air. Check your box's On Demand options and your account through the internet — sometimes they allow for online on-demanding and it is glorious. All you need is your cable account credentials and there you go!

Or, if you've got DVR with your subscription, just set it to record and you're done! But just remember that Fall is football season and CBS airs Sunday NFL games that will usually delay your primetime favorites. Plan accordingly.