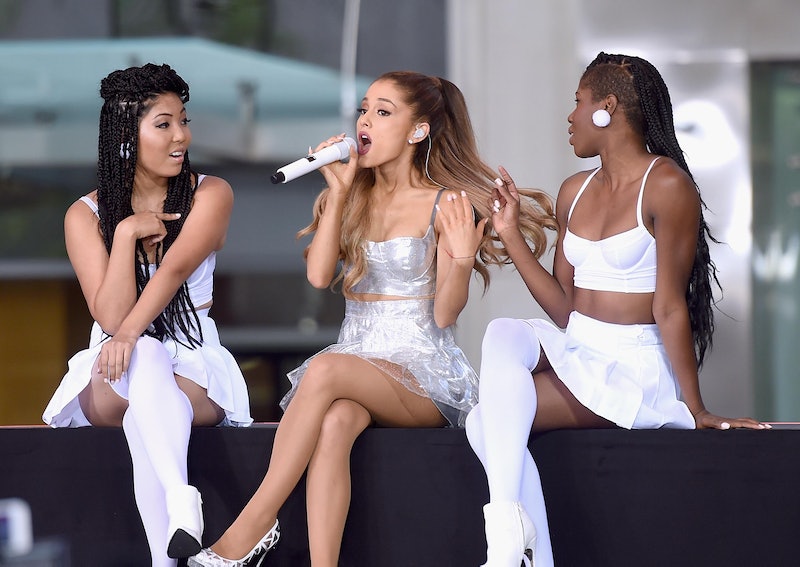 If you've been following Ariana Grande's career from her Broadway roots to the present day, then the rumors of Grande being a diva aren't exactly new. Stories of behind-the-scenes fighting and explosive egos have followed her every step of her journey to superstardom, but the rumors have been making a triumphant return now more than ever. Besides Grande only wanting to be photographed from her left side — which is probably true considering how often she does get photographed from her left side — there's also the very recent and very suspect story that Grande wanted her fans to die. Obviously, Grande denied all those diva rumors, but it less important that she did it and more important how she chose to do it.

Twitter and Instagram seem to be the go-to resource for celebrities who want to speak for themselves and Grande, who has a very active Twitter presence, is no different. She combated the rumors in a series of tweets that, admittedly, didn't start off very convincing. It's good to laugh at yourself, of course, but there are times when Grande's joking rebuttals don't take situations as seriously as they should. (Remember that time Grande denied the leaked nude pictures were hers by body shaming the girl who was actually in them?)

"Man, some of these rumors that have been coming out about me lately actually have me laughing out loud... really can't take 'em seriously," Grande tweeted on Tuesday. If she had just left it there, then it would have been fairly unremarkable. After all, most of us are pretty dismissive of the tale that Grande would ever say something like that about her fans even if her brother, Frankie Grande, had no problem telling Jocasta Odom to kill herself on Big Brother. However, Grande had more to say on the subject of these rumors.

The fact that Grande chose to defend herself not by actually defending herself but by urging everyone who reads her Twitter to put love and positivity into the universe if they hope to get it back is truly inspiring. There are so many ways that she could have handled the situation, such as by continuing to laugh it off or by getting upset and saying something she didn't mean or by going into full diva mode like the rumors claim, but the way she did handle it was so sweet and positive that it should assuage some of those rumors for at least a little while.

When it comes to situations like this, where you as a celebrity have to defend yourself against stories that are incredibly damaging to your image whether they have a grain of truth to them or not, most don't choose to take the high road and teach a bigger lesson. By making this situation less about herself and more about urging her fans to stay positive and kind to everyone, even people who aren't kind to them back, Grande is combating rumors of diva behavior with the kind of angelic behavior that's expected of her. Is it calculating? Maybe. Is it too beneficial to matter? Definitely.

The thing is, Grande exerts a huge amount of influence in the world considering she has over 18 million followers. Choosing to use that influence to preach positivity is more helpful than harmful regardless of why she did it. You can call Grande a diva all you want and you'd probably be at least a little right, but as long as she continues to spread good messages like this one then she is at least the best kind of diva.