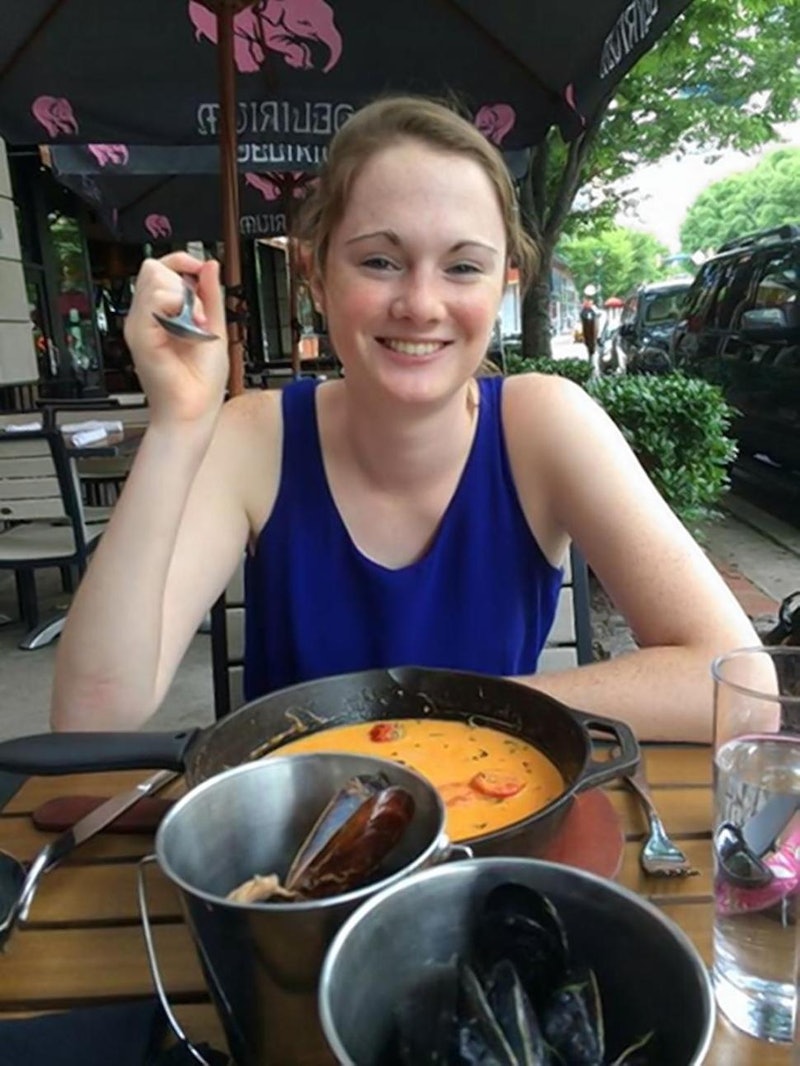 Yesterday, during a break between classes, I walked out to the Lawn that spreads in an orderly, tiered rectangle in front of the Rotunda at the University of Virginia. Ringed around a statue of Homer were about 30 students, many of them with their hands folded in prayer, several of them speaking quietly. They were gathering in honor of Hannah Graham, the UVA student who has been missing since Saturday morning, and I had come to join them. Some of the students knew Hannah in some way, but I wasn't one of them. I had never met Hannah. Instead, I had come because the sudden disappearance of a student from my school had deeply touched something in me.

Part of it was the primal panic that comes of a disappearance surrounded by suspicious circumstances: She texted friends saying she was lost before her phone either died or was turned off, and no one has seen her since she was last sighted on the Downtown Mall around 1 a.m. That's enough to inspire fear in just about anybody.

But in addition to fear, I felt anger. Much of the response to Hannah's disappearance focused on how drunk she was on the night in question, what she was wearing, or both. These kinds of comments tended to go something like this:

Here are some facts: Yes, Hannah was wearing a crop top on Friday night. Yes, she had been attending parties and drinking. Yes, she was sighted outside of a pub, and yes, she was walking alone. But that does not mean that, if Hannah was assaulted or kidnapped, she was to blame.

In the wake of her disappearance, I have heard so many friends and family members say to me: "Don't walk by yourself. Stay in this weekend. Keep your eyes open for suspicious activity, no matter where you are or what time it is. Carry pepper spray. Carry an alarm. Carry a knife. Don't trust anyone who approaches you." What's more, I have turned around and told my friends some of this same information.

But it saddens me that we have to respond this way. Why? Because, in any instance of assault, rape, and/or abduction, it is the assaulter's fault, not the victim's. Although Hannah's case hasn't been confirmed as a kidnapping, her parents suspect foul play. If she was taken, that's on the person who took her, not Hannah herself. We can safeguard ourselves against assault, but if we do not take these measures, we are still not to blame if we become victims.

Should I, then, be afraid to leave my dorm? The easy answer is to say that I shouldn't be, but it doesn't change the fact that most women — and many men — at UVA are terrified about something we can't control. Five women (including Morgan Harrington, whose killer has never been found) have gone missing along the Route 29 corridor in the past five years, which is a fact that none of us should ignore. But being female doesn't make it solely our responsibility to avoid similar situations in the future. In fact, propagating the idea that Hannah was "asking for it" because she drank or walked alone places blame on entirely the wrong party. Who is ever "asking" to be abducted or assaulted? I would consider myself a fairly responsible student, but I have gotten drunk before, I've walked home alone before, and I've been assaulted while 100 percent sober.

And so do other members of the community:

Friends of Hannah's painted this message onto Beta Bridge, a popular thoroughfare through the UVA community.

This should be one of the safest places in the world, but it isn't. And as the search for Hannah continues, we should all continue to circulate the latest information available on the case — but only if it's relevant. Focusing on the efforts to #bringHannahhome is the most constructive way to respond to her disappearance without placing blame on not only Hannah, but every other woman who has vanished under mysterious circumstances. In an ideal world, none of us would have to worry about abduction, rape, or murder. But since we don't live in that world, the best we can do is work toward it — if not for all of us, then for Hannah herself.