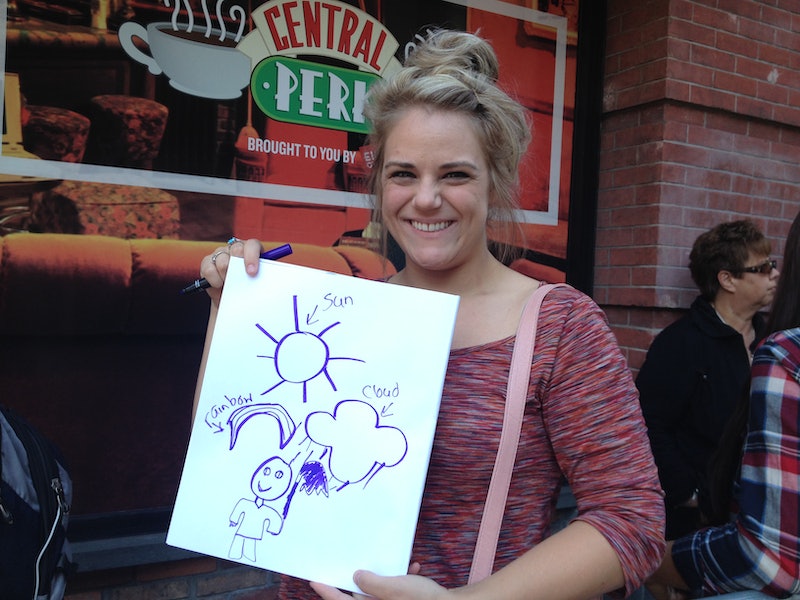 We owe so much to Friends. As one of the best American sitcoms out there, it’s taught us so many lessons over the years: The best way to move a couch up a flight of stairs is to pivot. If the power goes out and you’re trapped in the ATM portion of the bank with a model, you shouldn’t chew gum. Always try to say the right name at the altar during your wedding. Gems like these have stuck with all of us long after the show’s run, but no lesson has stayed with us longer than the sex advice Monica gave Chandler about the seven erogenous zones on a woman’s body.

In one of the most hilarious scenes in the show’s history, Chandler talks to Monica and Rachel about a so-so sex session, so to help him out, Monica gets a pad of paper and outlines the erogenous zones for him, numbering each female body part from one to seven. Now we might not get a glimpse of exactly what Monica considers each erogenous zone to be — though we can probably guess what seven is because of Monica’s enthusiasm — but it doesn’t hurt to ask, does it? Or so I figured when I went to the Friends Central Perk pop-up to ask die-hard fans.

Surprisingly, when you go up to strangers and ask if they know the episode and if they'll willingly chart erogenous zones on paper, they'll start chanting enthusiastically like Monica, "Seven! Seven! Seven!" One through six seemed up to debate, but hey, Monica did say to mix it up.

They added the rump last. "Should we label this 'Anaconda?'"

There's a rainbow and Chandler with an umbrella. To a metaphorical sense, I can see this working in Monica's diagram. Clearly this is the result of hitting all zones just right.

People in line debated exactly where ears would rank in Monica's judgment, tons of people kept forgetting the nipples to the last minute — I know! — but when it comes down to it, where you get your sevens is up to you. We might not have seen Monica's chart, but we definitely understand what she means.