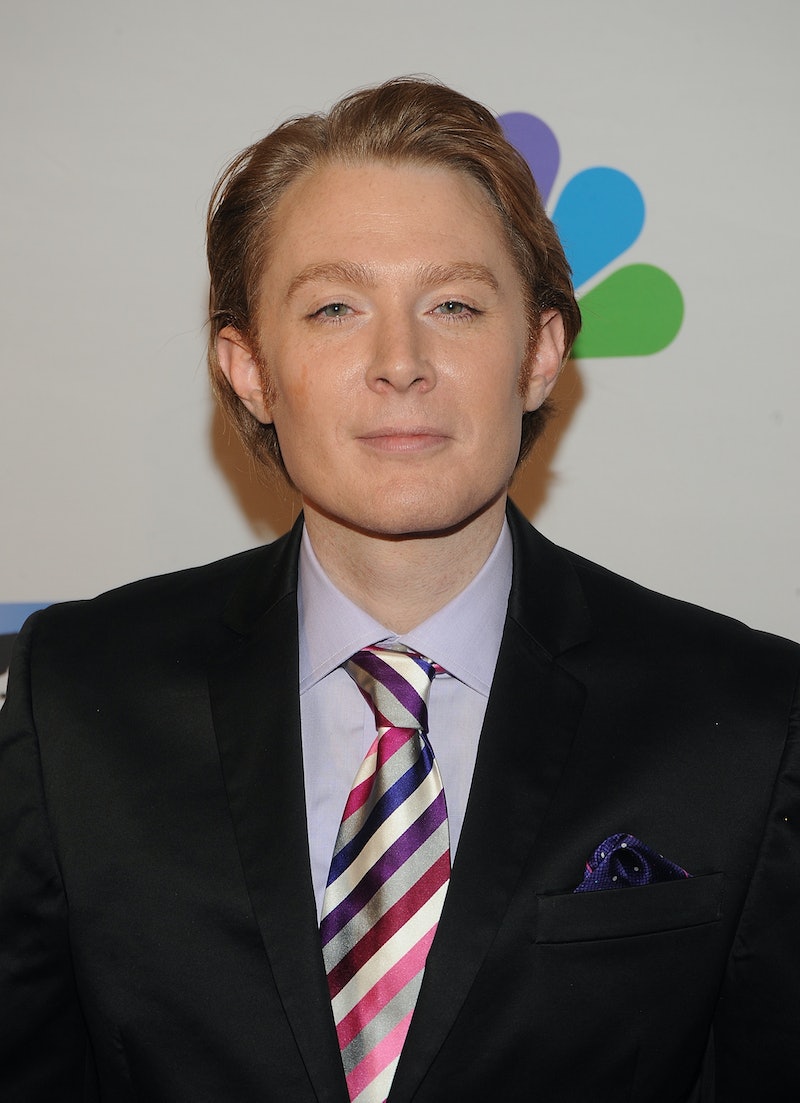 Following the celeb nude photo scandal, first FOX News victim-blamed Jennifer Lawrence and the other celebrities whose nude photos were hacked, and now pop singer-turned-politician Clay Aiken has basically expressed the same sentiment. In an interview with The Washington Post, Aiken said, "Anybody who takes inappropriate pictures of themselves deserves exactly what they get." Really, Clay?! That statement seems pretty judgmental and shows a total lack of empathy for Lawrence, Big Bang Theory star Kaley Cuoco-Sweeting, and the rest of the celebs who had their privacy invaded.

Aiken also added, "Of course whoever [stole and released the photos] should be hogtied. And it’s unfortunate that we don’t have Internet security right now or the laws in place to protect people from pirating that stuff."

He probably would've been better off sticking just to the latter statement. Sure, having stricter laws in place definitely couldn't hurt. And perhaps, somewhere far away in another, utopian world, there may exist a group of beings who simply refuse to succumb to the overwhelming urge to snap nude pics of themselves. But that's not our present reality, and flat-out declaring that these people deserved what happened to them sounds harsh and completely misguided, particularly coming from Aiken. To be crystal clear, violating someone's privacy just because they took a naked photo is not OK. As a celebrity himself, Aiken knows all too well what it's like to be subjected to intense public scrutiny and, at times, outright harassment by people who are delusional enough to feel entitled to celebrities' most intimate moments.

Who knows why Aiken has such a non-tolerant stance on this issue, but he's clearly off-base with this one. Regardless of where you stand on whether or not to snap a nude selfie, saying that those who had their photos hacked deserved what they had coming is just insensitive and short-sighted. Not only do I endorse Emily Best's #ImNotLooking hashtag, but I'm not blaming either.