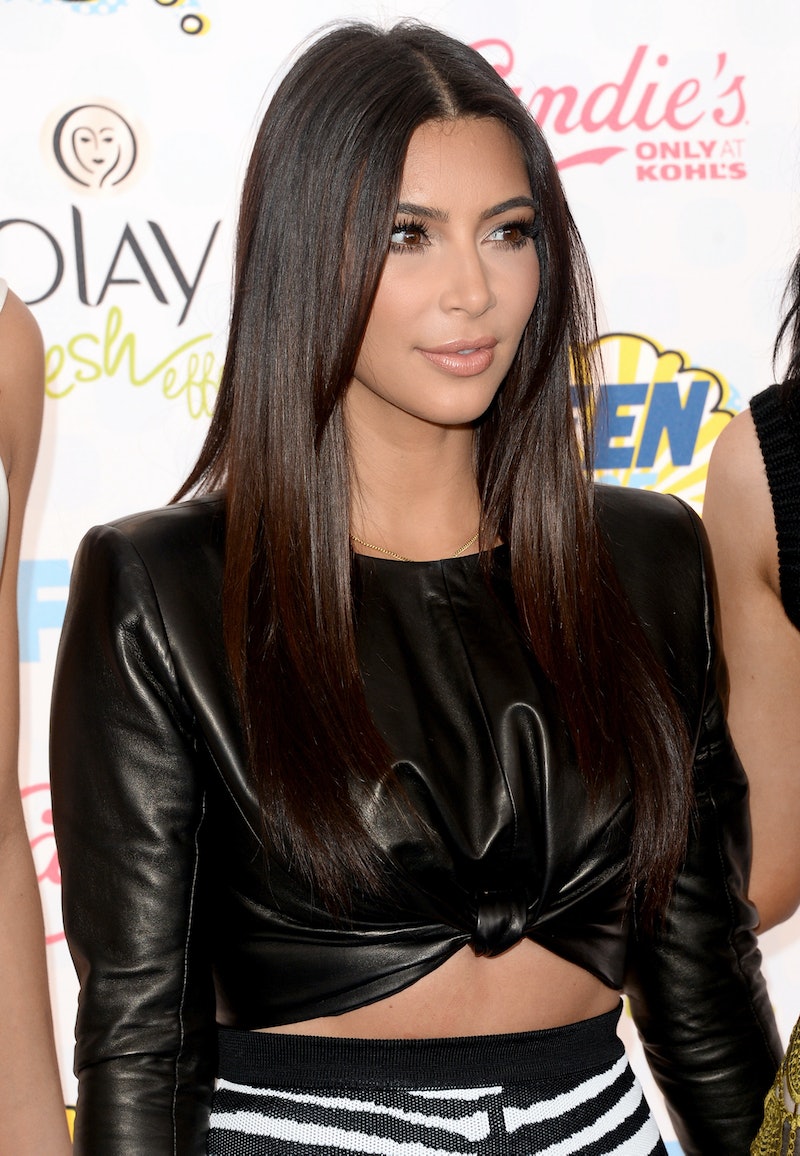 This Sunday will mark the second Sunday in a row without a new episode of Keeping Up With The Kardashians. Ugh, I miss it terribly. Sunday has been a little less Funday ever since the curtain dropped on the ninth season of the E! reality show, ya know? The sooner Kourtney & Khloe Take the Hamptons begins, the better, for the lack of fresh KUWTK episodes burns. Wait, what's that you say? This week's episode of American Dad! may act as a temporary salve? Kim Kardashian lent her voice to the animated series' season finale? HOORAY! SUNDAY IS FUNDAY AGAIN!

Kardashian's American Dad! character is not a cartoon version of herself, a la her stepbrother's ex-girlfriend's Family Guy cameo. The KUWTK star plays an alien. A pink fur ball of an alien. She is a walking, talking pile of fur. She is fur on fur on fur. Oh, and *SPOILER ALERT* she totally hooks up with Roger.

No, it won't be the same as watching Scott Disick shop for helicopters or Kris Jenner take private musical theater lessons, but I will take it. You can check out behind-the-scenes footage and a preview of Kardashian's American Dad! episode over on E!'s website.

I reached out to Kardashian* about her American Dad! episode. I was very nervous to chat with her, as I am a KUWTK super fan, but she was incredibly nice.

*"I reached out to Kardashian" = "I pulled a bunch of GIFs from the Internet."

A GIF-terview with Kim Kardashian

Hi, Kim! Thank you for taking the time to talk with me.

As am I. Now, this wasn't your first time standing in front of a microphone in a recording studio...

Hey, you know what? No shame. As Kourtney would say, YOLO.

Exactly. And "Jam (Turn It Up)" was fun in its own weird way. Anyway, what was it like playing an alien?

I'm sorry, Kim, but I couldn't hear your response. I think our connection cut out.

Wait, were you kidding?

Aha! You totally got me.

You're absolutely right. So, how did this American Dad! guest star role come to fruition?

I see. Anything you'd like to add before we wrap things up?

Hey, what was it like playing a character who can't snap a selfie? Was it hard to relate?

On that note, thanks for your time!