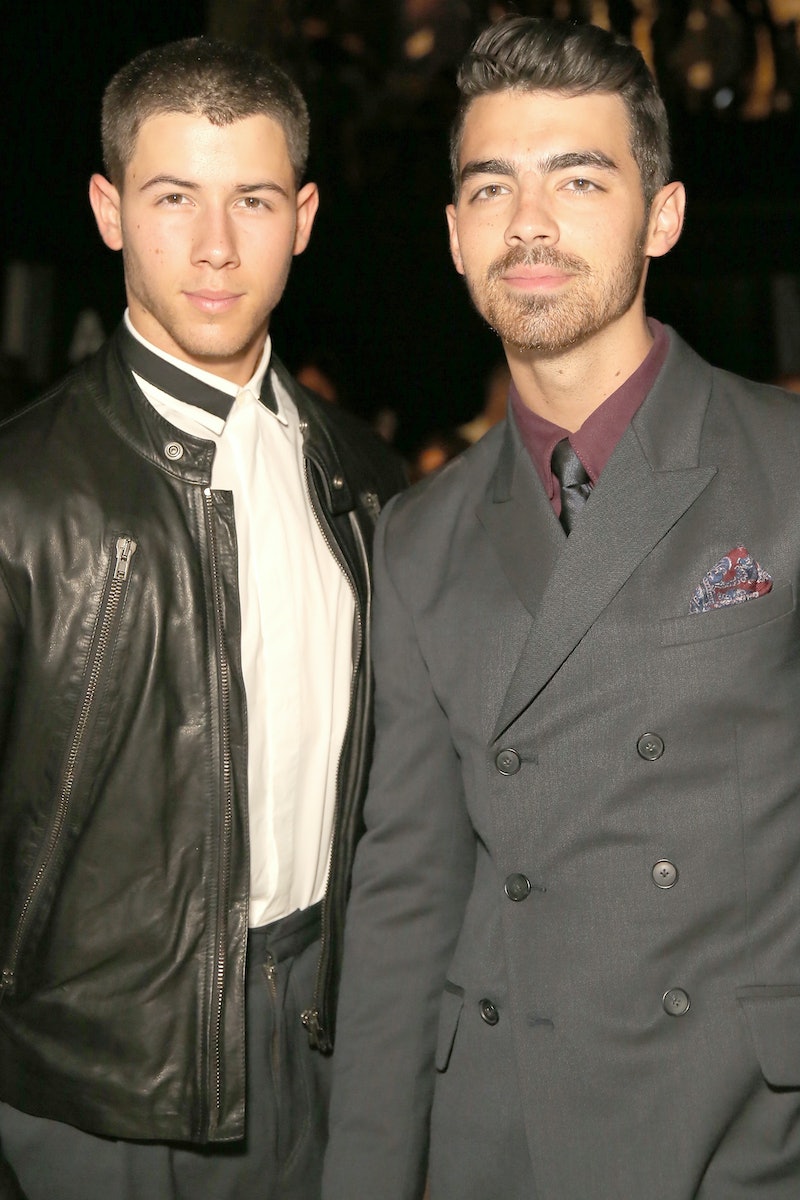 Sports Illustrated model Gigi Hadid and singer Joe Jonas are no strangers to attracting media attention. Put them together, and the spotlight is bound to beam brightly. There has been a lot of speculation about Jonas dating Hadid. They were recently spotted together at New York Fashion week events and seem to be spending a lot of time together. Minus the "are they a couple or aren’t they" questions, there is definitely more of an intriguing story here when you start to look at how Gigi Hadid and Joe Jonas met.

The exact origin of their relationship is very hard to pin point, but they have plenty of mutual connections. Whether these two are just friends or something more, they have a lot of very interesting romantic overlap. From family members to best friends to Cody Simpson (yeah, I'm including you, Cody), there are definitely some blurred boundaries here. Without anyone’s official confirmation, this romance is just rumored for now, but it’s hard not to wonder what's going on behind the scenes. If you’re unfamiliar with this growing love square, let’s break down what lead to this possible relationship. It's a history full of brothers, friends, and a few very telling Instagram photos.

First, we have to start with Hadid's relationship prior to Jonas. The model (and sometimes reality star) dated pop singer Cody Simpson for a year before they broke up this past May. This was immediately after Hadid appeared in his "Surfboard" music video. Welp, that must have been an awkward promotional tour for the singer.

After dating for nearly two years, Eggenschwiler and Jonas reportedly broke up in August. Clearly, Joe has a thing for models...

...And apparently Hadid has a thing for Jonas brothers. She was previously linked to Joe's younger brother Nick Jonas. Allegedly, they went on dates a few times between 2012 and 2013. Nick is currently dating former Miss Universe Olivia Culpo, so it seems he's doing just fine. Then again, his new single is called "Jealous." Could that be alluding to some pent up frustration over the familial love triangle?

No, they were not romantically linked as well. The two models appeared to be besties or at least good friends for a while. They worked together and actually hung out with Joe Jonas together while he was dating Eggenschwiler. Hadid even documented the group hanging out on Instagram with the caption "reunited with my favorites on the east coast!"

And now we get to Joe Jonas and Hadid. We don't know for sure if they are officially a couple, or even how serious they are together, but as for how they met, it seems clear that there was a connection with their exes (well, in Hadid's case possible ex) aka their brother and friend. We can't say for sure that they met through Eggenschwiler or Nick Jonas, but it seems clear that all of them are (or were) friends. Now let's just hope this thing doesn't get any more complicated. That's right, Kevin. Don't get involved.

More like this
Gigi Hadid’s Dad Shared What He Knows About Those Leonardo DiCaprio Rumors
By Brad Witter
Who Is Nick Cannon Dating & How Many Kids Does He Have?
By Jordyn Tilchen and Radhika Menon
Hailey Bieber Just Responded To *That* Viral Met Gala Moment
By Radhika Menon and Sam Ramsden
Dixie D’Amelio & Noah Beck “Love Each Other” Despite Breakup Rumors
By Julia Emmanuele, Jordyn Tilchen and Grace Wehniainen
Get Even More From Bustle — Sign Up For The Newsletter