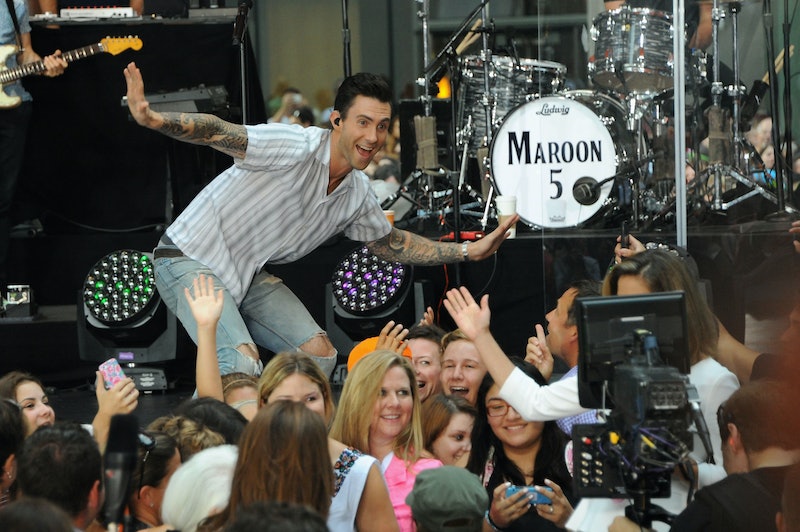 What Matchbox Twenty was to the late '90s, Maroon 5 is to the '00s through today. Think about it. Both bands have a number in the latter half of their names. Both bands are made up of 4-5 normal-looking white dudes. Both bands filled the top-40 friendly rock and roll quotient during their prominent years. I’m sure that if Matchbox Twenty and Maroon 5 ended up at a party together, they’d just get along swimmingly.

Sure, there are marked differences in the apparent styles of these two alt-rock ensembles. The Maroon 5 sound is slightly more up-beat, whereas Matchbox Twenty’s songs are typically a bit more bass-heavy and baritone. Maroon 5 uses a numeral to represent their titular number, and Matchbox Twenty spells their number out. These bands are alike in the roles that they played, or continue to play in pop music. For the girl too indie for bubblegum boy bands, and not angry enough for pop-punk, Matchbox and Maroon provided a different kind of favorite boy band: the alternative boy band. Thus, some stylistic similarities were bound to occur.

Let us count the times that Matchbox Twenty and Maroon 5 demonstrated the fact that they are pop music twins, separated at birth.

They sneak into public places to rock out

Matchbox Twenty — "If You're Gone"

The rooftop of this condemned building is perfect for some impromptu jamming.

No place like an empty canal for a spontaneous concert.

Ah, who can forget sweaty Rob Thomas growling along to Carlos Santana's riffing?

Then, we became cognizant of the possibility of Adam Levine and Stevie Nicks being friends, and our hearts cried.

The frontmen give serious face to the camera

Adam Levine loves himself an opportunity to make intense eye contact with the lens.

A faux-hawk so unwieldy, so sinister, the world never truly recovered.

Their songs have had extremely questionable lyrics

Thomas sings to a former girlfriend whom he expresses a desire to "push around" and/or "push down." Sounds, erm, like some rather abusive dynamics right here.

Levine sings, "Baby, I'm preying on you tonight/ Hunt you down eat you alive." These lyrics are basically the externalized thoughts of a pickup artist named "Enigma," leering at you ominously from the other end of a bar, waiting to spike your drink with rohypnol. Not OK.

You see what I mean? They're basically the same. How's that for a Monday afternoon epiphany?

More like this
Shakira Joked About An Early 2000s Video Of Her First Camera Phone Encounter
By Stephanie Topacio Long
Revisit 1992’s 'A League Of Their Own Cast' Photos After The New TV Series
By Grace Wehniainen
Josh Peck Shows Love To Jennette McCurdy After Her Shocking 'iCarly' Revelations
By Radhika Menon
At 14, D'Arcy Carden Was Sneaking Out To Parties & Crying Over Kurt Cobain
By Ivana Rihter
Get Even More From Bustle — Sign Up For The Newsletter