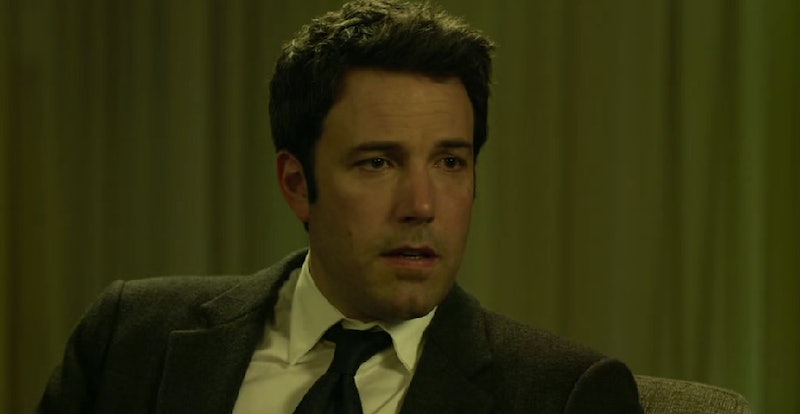 After what seemed like endless speculation, roundabout non-information, and teaser-trailing, critics confirmed that David Fincher's film adaptation of Gone Girl closely mirrors the book. Back in January, Gone Girl author Gillian Flynn hinted that the movie adaptation would have a completely different ending, but later said that the ending might not be as drastically different as she initially suggested. Now, it's confirmed: Gone Girl is a "faithful adaptation" of the novel, and the ending remains unchanged. As The Hollywood Reporter's Todd McCarthy writes, "This is one instance in which a writer won't be able to complain about what the movies have done to her book[...]Despite published reports that major plot changes were being made, particularly in the third act, this simply isn't true".

Though some fans seemed concerned that what appeared to be an alternate Gone Girl ending would compromise the story, a too-faithful, to-the-letter adaptation of the novel could prove to be kind of boring and possibly a huge let down, especially for fans who've read the book and are already in on the total mind f*** that is the ending. However, all is not lost for fans of the book still looking to be surprised. Last August, Gone Girl co-star Tyler Perry told Vulture , "I think if you look at the trailer, there's some moments where you think, 'Wait a minute ... I know the book said this, but the trailer is taking it in a whole different direction!'[...]So David [Fincher] has his own way of telling the story. Whether you've read the book or not, I think it's going to surprise people." A faithful adaptation may not be the most exciting choice for the adaptation, but it appears that Fincher has left plenty of room for suspense.