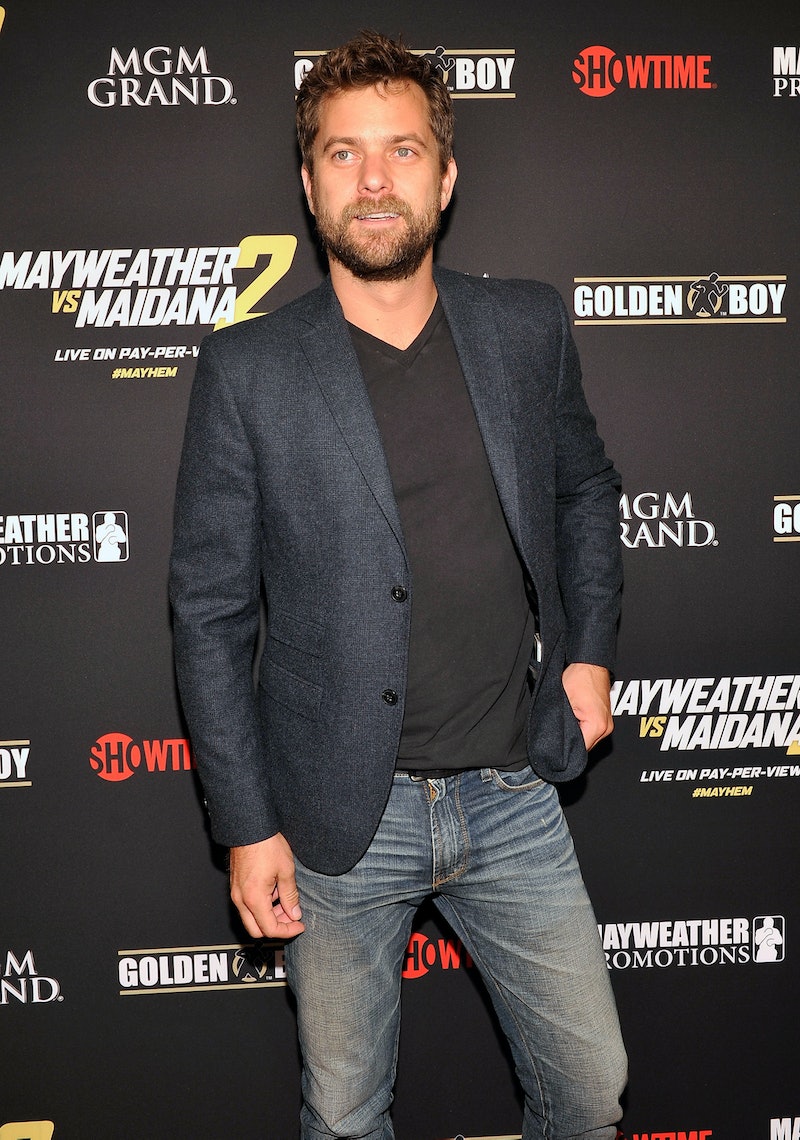 No, you haven't been magically been transported to the '90s (though that would be awesome). Several members of the classic hockey-centric kids film D2: The Mighty Ducks reunited on Sunday, Sept. 21 in honor of the film's 20th anniversary since it first hit theaters back in 1994. (Anyone else feeling kinda old right now? Yeah, me neither…) Cast member Marguerite Moreau, who played Connie in the Mighty Duck trilogy, documented the experience, along with her husband Christopher Redman, by posting several photos of the gang on their Instagram and Twitter pages, which even included one with the cast recreating the iconic "Flying V." And while I enjoy a good cast reunion as much as anyone (I'm looking at you, Full House ), I can't help but notice that a few key players are missing from this original duck dynasty. Like Joshua Jackson for instance — aka the entire reason I watched the movies in the first place.

Seriously, though… where was Jackson during all of this? I mean, I'm sure he's been busy gearing up for his return to television thanks to Showtime's upcoming series The Affair, but how can you possibly have a Mighty Ducks reunion without its main star, Charlie Conway? That'd be like having a Family Matters reunion without Steve Urkel. It just doesn't make any sense. But he wasn't the only big star not in attendance. Other noticeable MIAs also included SNL 's Kenan Thompson, who played star player Russ Tyler, and Emilio Estevez — the team's coach, Gordon Bombay.

But regardless of who did and didn't turn up (sigh), it's enough to make any true Mighty Ducks fan still feel a little nostalgic. Check out the photos below and get in touch with your inner child.