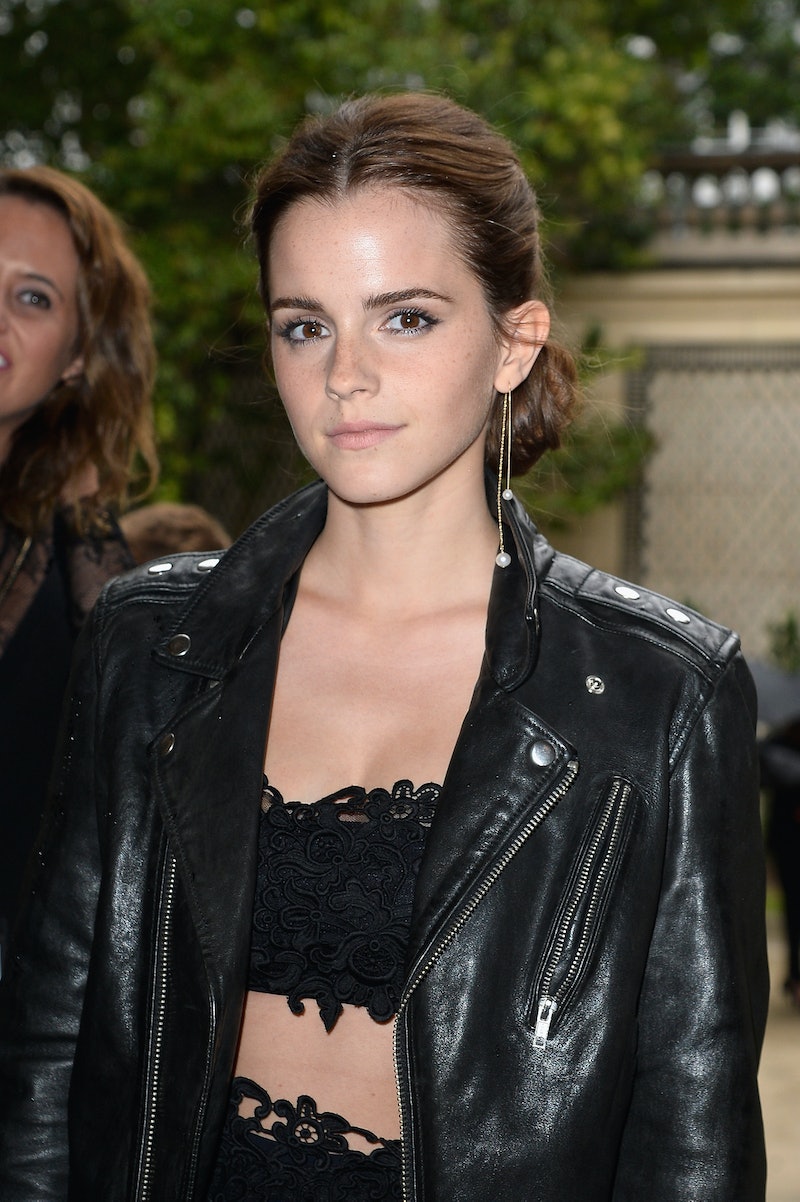 As I'm sure most of you have already heard, Emma Watson delivered a powerful speech about the new gender equality campaign, HeForShe, at the UN Headquarters last Saturday, which people have been raving about non-stop. Of course, the actress has always been considered to be a beacon of feminism thanks, in large part, to her epic portrayal of Hogwart's strong-willed, resident genius Hermione Granger. And now that she's spoken out on such important, real-life matters, it confirms to fans now more than ever that she is Hollywood's biggest (and most badass) role model. Unfortunately, though, not everyone found Watson's UN speech quite so moving. In fact, it's now made her the next target of nude photo hacking scandal.

A user, over at 4chan, has now threatened to leak nude photos of Watson — even going so far as to start a website with the url emmayouarenext.com — all because of what he's calling her "stupid feminist speeches." That's right… she's being targeted because she's a feminist. As if that, by itself, isn't disturbing enough, the page also features a countdown on display, which reveals that the photos will be released in roughly four days time. As usual, the original thread that lead to this horrid site has since been removed, however, a few of the responses have managed to still be preserved and are as follows:

"she makes stupid feminist speeches at UN, and now her nudes will be online, HAHAHAHAHAHAHAH"

"It is real and going to happen this weekend. That feminist bitch Emma is going to show the world she is as much of a whore as any woman."

As of now, it remains unclear whether or not these photos really do exist. Unfortunately, the only way we'll know that for sure is if the images actually surface. But this continued violation of privacy, not just for celebrities, but for women in general, is a tragic reminder of how truly terrible people can be when they put their mind — and hacking skills — to it.

So just in case this hacker isn't completely full of BS, and these photos do turn out to be legit, PLEASE make the right decision and do not look at them. No one deserves for their privacy to be invaded like this, and giving in to your own curiosity will only help you to be part of the problem — not the solution.