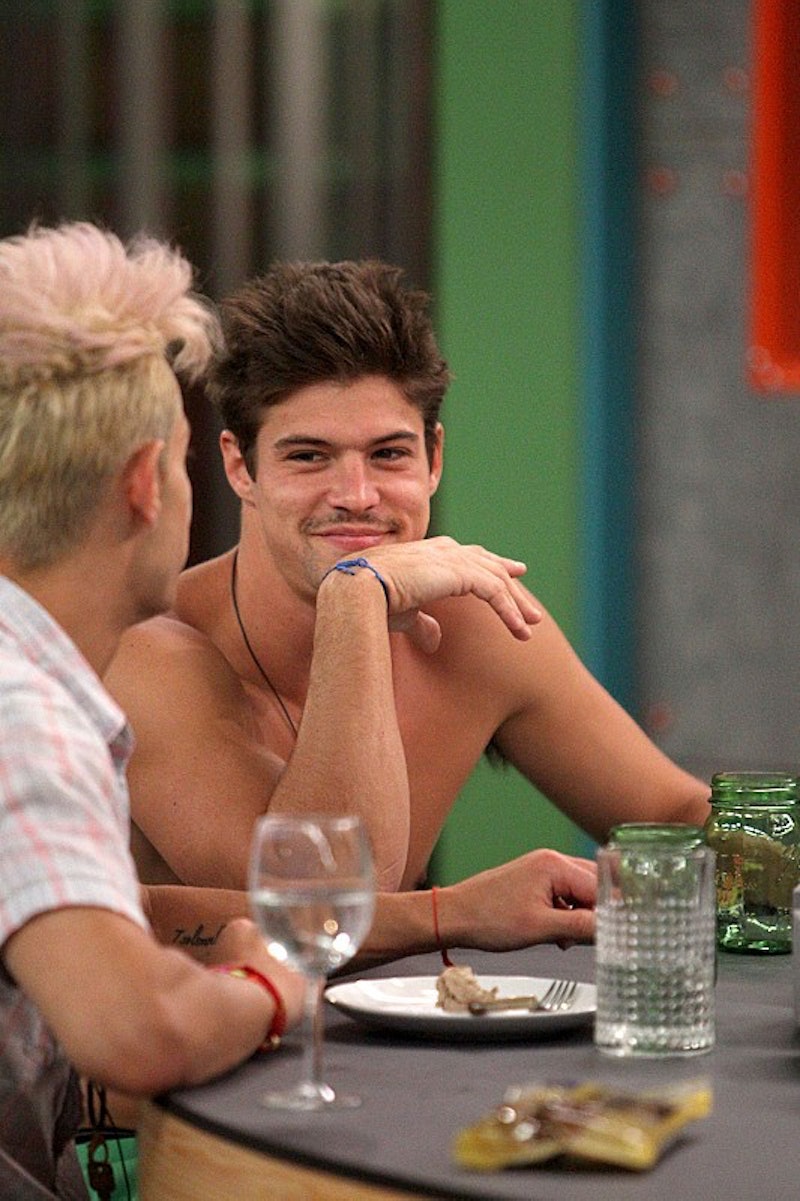 It's almost time for Big Brother to come to a close. The jury house is full, the final three are anxiously awaiting the final HOH competition, and it seems like a pretty sure thing that Derrick has this game in the bag. But Derrick (possibly — most likely) winning on Wednesday’s finale isn’t the only prize that will be handed out. The prize that we all have been waiting for all season is who will win Big Brother’s America’s Favorite Houseguest, and that person could be Zach Rance.

Although Zach didn’t have the “star power” that some of the other houseguests had when they entered the house — ahem, Frankie Grande — that doesn’t mean he didn’t become just as loved by viewers at home. And while I thought Frankie would have won this title by the sheer knowledge that he has 900,000 followers on Twitter, and that his sister Ariana Grande promoted him to her millions of followers, it seems that Zach could actually win this title. But should he? I mean, Zach was fun and all, but he wasn’t the best Big Brother player. Then again, this prize isn’t for the houseguest who played the best game. Let’s work through this.

Yes: He Was The Most Entertaining Houseguest, By Far

Sure, Frankie might be the career entertainer, but Zach is definitely the natural born entertainer in the Big Brother house. Zach was constantly dancing and honestly was pretty good at it. He is fun and crazy, which ultimately won the hearts of viewers.

When I bought the live feeds I was excited to see all of the above-mentioned entertaining moments that Zach brought to viewers. Then reality set in when I realized Zach didn’t wake up and move about the Big Brother house until 5 p.m. Western Time. Sure, he was up late, but I wasn’t — so I only got to see Zach for like two hours.

Yes: He Was Part of Zankie, Which We All Loved

Oh Zankie. How sweet it was until Frankie evicted Zach from the house. Who didn’t love these two in the beginning of the summer? They were like the beginning of The Notebook. Too bad it had to end.

No: He Was Kind Of Unpredictable As A Houseguest

Zach loved confrontation and was happy to ruin anyone’s game by blurting out alliances and who the targets were in the house. He also loved to call people out for things that he really had no business in speaking on (see: Caleb and Amber situation).

Yes: He Was Kind Of Unpredictable As A Houseguest

Yes, you read that correctly. All the things that some didn’t like about Zach were the same reasons many came to love Zach. His confrontational attitude and big mouth made people love him even more!

No: He Tried To Be The Villain

Remember the first time we met Zach and he came off like a complete villain? Luckily he didn’t keep that persona for too long, because that guy kind of sucked.

Yes: He Called The Real Villain, Frankie, Out On His BS

When Zach got mad at Frankie for betraying him, it was like he was mentally connected to all of us on the outside. When he cried, we cried (right?), when he screamed, we screamed. He truly was the people’s player.