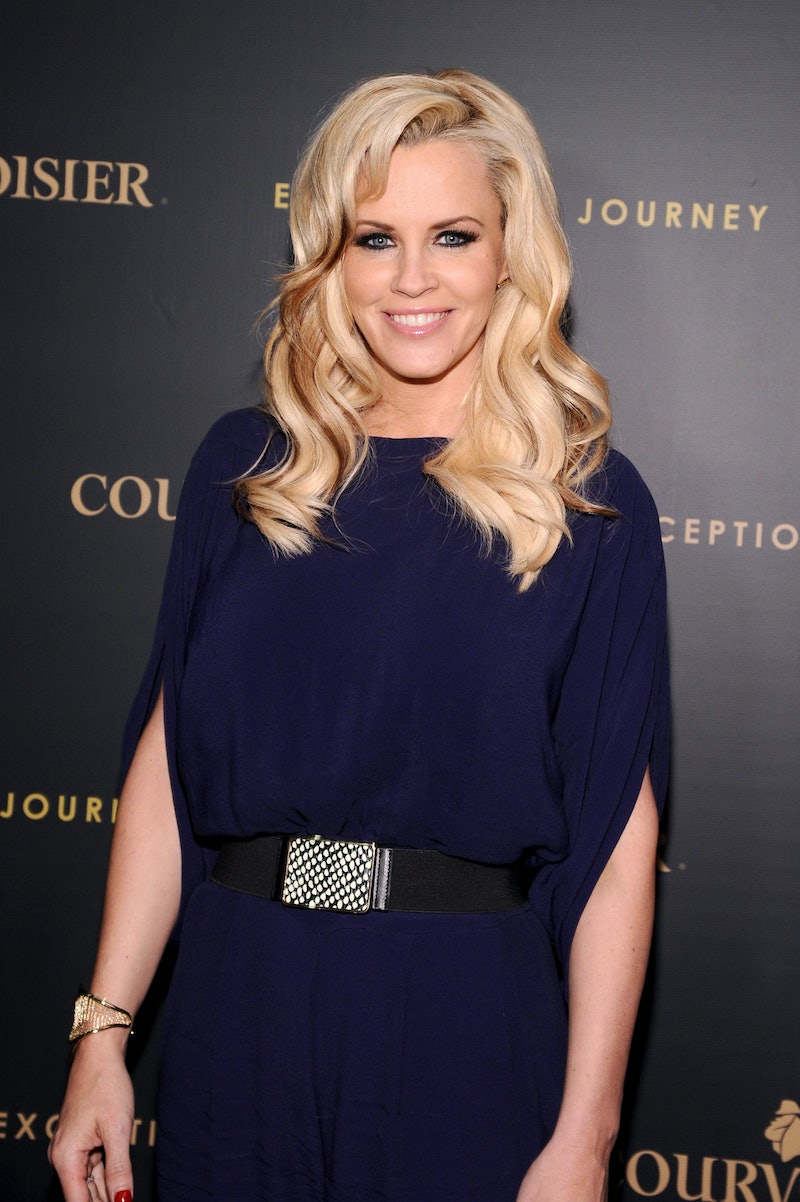 As the next wave of hacked celebrity nude photos are leaked, there seems to be a new target every day. On Saturday, it was Kim Kardashian, Rihanna, Vanessa Hudgens, and more. Then on Sunday, it was Amber Heard with the largest photo leak yet. And on Tuesday, Jenny McCarthy became the latest victim of the hacker. But even more disappointing than the news that more powerful women are being subjected to this privacy invasion is the way people are reacting to it.

Of course, there's the typical slut shaming of the victims for taking the photos in the first place or for trusting digital devices to be safe. But this second round of leaks has brought out a whole other shaming side of people. Comments like these are appearing everywhere: "We've seen them naked before so why should they care this time?" or "She was a victim of nude leaks years ago, why didn't she learn her lesson?" This attitude is particularly rampant with Kardashian, Hudgens, and most recently, McCarthy.

After Saturday's leaks, people on Twitter rushed to comment on how stupid Kardashian and Hudgens were for taking more nude photos after what happened last time. It's true that both women have already experienced their nudes leaked. In 2007 Hudgens, who was a Disney darling at the time, had several intimate photos stolen from her and disseminated around the Internet. That very same year, Kardashian's sex tape with Ray J was leaked. Now that new photos of the women are circulating, people are asking why these two didn't learn their lesson.

Let me tell you something: that's not the point. It doesn't matter if you have been a victim before, having this happen to you again is just as awful, I'm sure. And what's with this victim blaming? People would never say to someone "Well, after your car got stolen it was kind of dumb of you to buy another car. You should have known better that it could be stolen again." This kind of thinking is insane. They have the right to take photos of themselves doing whatever they want, and they also have a right to keep those photos private. Let's not forget that the criminal here is the hacker, not the person in the photos.

With McCarthy's leak the comments have been no less sympathetic. People are saying that she shouldn't care since she's chosen to pose nude before for magazines like Playboy. It's amazing how many people still don't understand the concept of consent. If McCarthy wanted to share her body in a format she felt comfortable with, that's fine. Stealing her private photos is not her giving consent, and that's a sex crime.

It's sad to see ignorant people adding fuel to the fire, but hopefully everyone involved can take fellow victim Meagan Good's advice to "choose not to give the persons responsible [their] power." Those affected shouldn't feel shame or embarrassment. Those feelings should be reserved for the people responding in these gross ways and those responsible for the leak in the first place.

It doesn't matter if your nudes have been stolen before or you've consented to pose nude in the past. This photo leak remains a crime, and hopefully the FBI will get to the bottom of things before any more women get hurt.