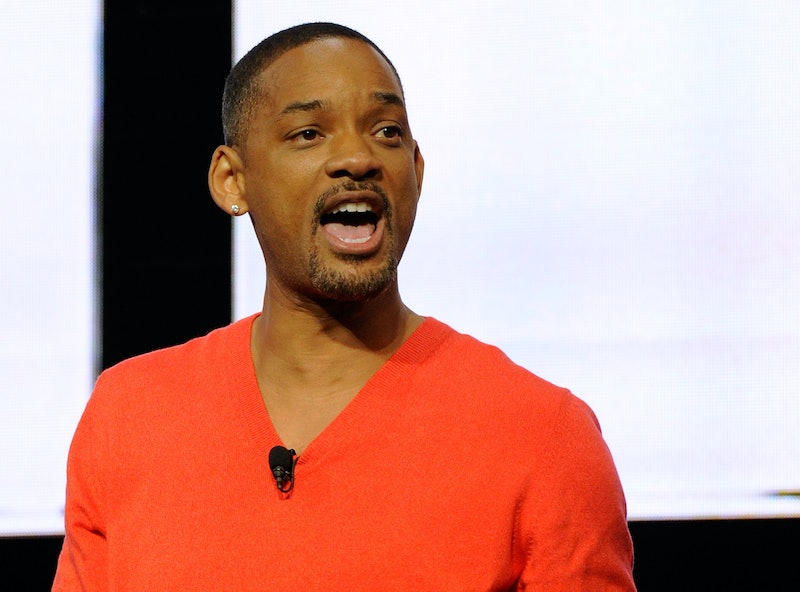 Despite being a card-carrying fan of The Fresh Prince of Bel-Air when I was young-years-old, I've never had much of an opinion on Will Smith in my adult life. Sure, he seems like a nice guy and Men in Black was cool, but to me, Smith has always been kind of innocuous — which, in case you're wondering, is exactly how I feel about Robert Downey, Jr. But I'm a fan now (of Smith's). A big fan. After I heard that Alfonso Ribeiro texted Smith to get "Gettin' Jiggy Wit It" cleared for his number on Dancing With the Stars, I became a convert. You guys? Will Smith is the man.

Apparently, it was taking a long time for "Gettin' Jiggy Wit It" to get cleared for Ribeiro and his partner, Witney Carson, to use on the show. "First I had to clear it, so Jazzy Jeff had cleared the song and then Will's people had not gotten it to him. And it just wasn't clearing," Ribeiro told Us Weekly. "So when I found out it wasn't cleared, I texted him and said, 'Hey man, I want to use your song' and he immediately wrote back, 'I'm on it!'" Two hours later, the song was cleared.

Boom! Proof positive Smith's a rad dude. He may be one of the biggest movie stars in the world, but he's still got time for his cousin, Carlton. And he just gained another fan to boot!