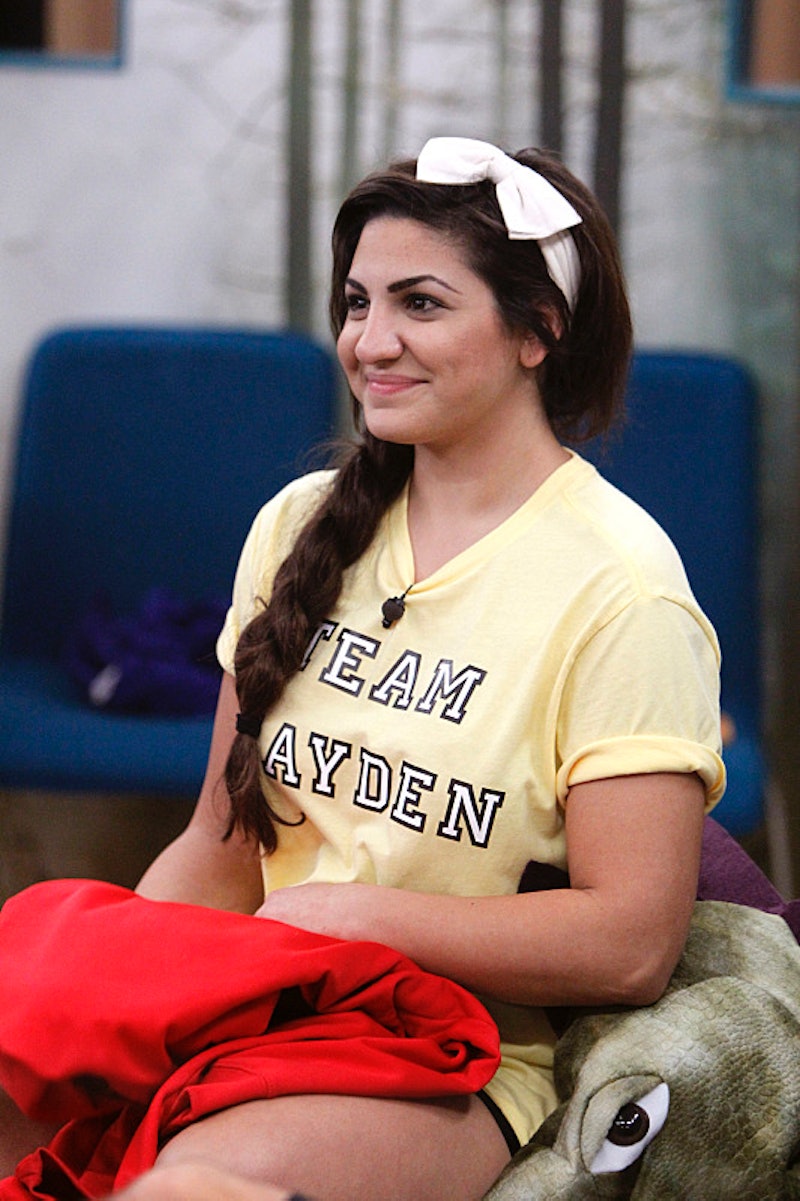 When I look at the final three houseguests on this season of Big Brother , I not only think to myself, "How did Victoria make it so far," but I also think, "How did Victoria get on Big Brother in the first place?" She annoys the other houseguests and has made little to no moves in this game. All in all, Victoria has been kind of dull to watch, and now that we can look back and assess the whole season, it's all clear to me now. Victoria is basic.

As you probably know, the term "basic" is the term du jour to refer to someone who is pretty unoriginal and sticks with the status quo. Victoria has been the most sheep-like of sheep as floater numero uno this season, and her gameplay is very indicative of why she's a proud member of the basic club. And, let's be real. She's probably dying in the Big Brother house without a Pumpkin Spice Latte in her hand at all times, or at least access to a Starbucks.

So what makes Victoria so basic? From what she wears to her taste in music to how she acts on and off the show, Victoria is like the poster child for basicness.

This season, Victoria's performance in competitions has been very poor, her social game stinks, and she hasn't even attempted to make any power plays. Victoria is basic simply because she seems to be content with being a completely ordinary Big Brother contestant.

During last Friday night's clip show, Cody, Derrick, and Victoria were treated to a special celebratory brunch as they reminisced about the season. Victoria dressed up for the occasion, and said the brunch was "surreal." You know she was lapping up every minute of that meal.

And she also went roller-blading while doing it. Oh, the basic-sanity!

Victoria expressed her love for the pop star long before she found out Frankie is related to her. And once Victoria heard that secret, all hell broke loose, but in a good way. If Ariana shows up at the Big Brother finale, and Victoria gets to meet her in person, there's going to be so much basicness going on, I don't think we'll be able to handle it.

She calls herself a "princess"

The only thing more basic than actually calling yourself a "princess" is wearing clothing with the word emblazoned on it. Hopefully, Victoria isn't so far down the basic rabbit hole that she doesn't actually own anything like that.

She takes photos of her tropical drinks

A photo of a fruity drink + a tropical beach background + a caption that reads, "I live in paradise" = the most basic thing imaginable.

When Victoria isn't dressed to the nines on Big Brother, she often wears colorful, floral headbands and black leggings, accessories that anyone basic likely has in her closet.

Victoria may be basic, but aren't we all in some way or another? She did make it to the final three of Big Brother, so, keep doing you, Victoria.