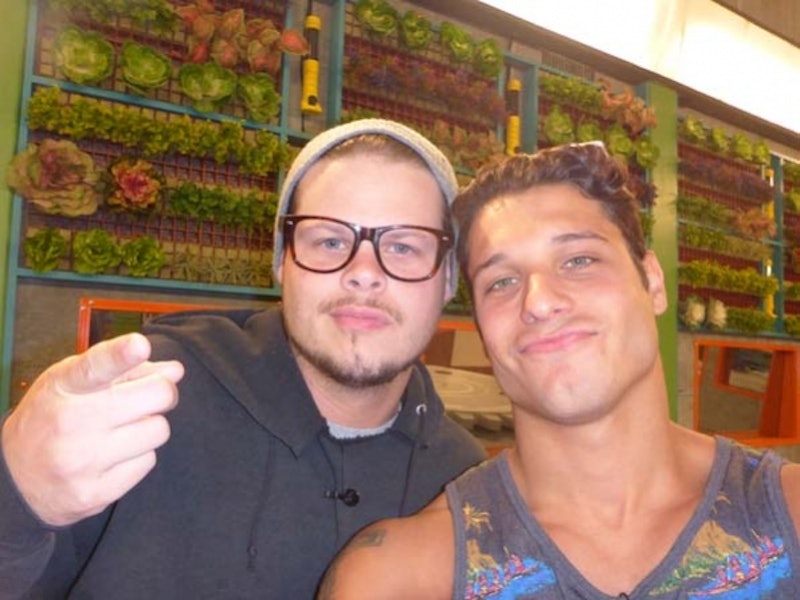 Now that the dust — or should I say Frankie's glitter — has settled from Cody's eviction speech revealing his Hitmen alliance with Derrick during Wednesday night's Big Brother , we can get down to business. From the start, Cody and Derrick had a final two deal with each other, and they're hoping to get there come Wednesday night's finale. However, one person still stands in their way: Victoria.

In a result we most certainly all should have seen coming, everyone's favorite floater and perennial nominee has made it to the final three. She's so close to winning, y'all. SO. CLOSE. First, of course, either Cody or Derrick must take her there with them. That move would go against their Hitmen alliance, but it is nonetheless tempting.

Having Victoria sitting next to you on finale night should increase your chances of winning. She doesn't have any strong allegiances in the jury who would vote for her unconditionally. Her strategic game and performance in competitions was lackluster, to put it generously, so I don't think it's likely that anyone will vote for her because she simply hasn't proven that she deserves to win. Her personality wasn't even all that great to warrant a popularity or sympathy vote. Just ask Zach.

Both Cody and Derrick have fought hard to get to this point and both of them want to win, obviously. Up until now, they seem to have made moves with the goal of advancing their games first and foremost. So I can only assume that going into the final two, they're considering all of their options, and it's possible that they're both thinking of turning on the other and bringing Victoria with them to the end to seal their victory.

Throughout the competition, Cody has seemed particularly eager to turn on houseguests with the Bomb Squad/Detonators/Hitmen, so I wouldn't be surprised if he shifted his loyalty from Derrick to Victoria at the last second. After all, the dude went to college and probably has student loans to pay off. However, Cody's backstabbing usually came when he was supported by a ringleader or an alliance. With the exception of these past couple of weeks when Cody really stepped up to take the reigns of Frankie and Caleb's evictions, he has been reluctant to make big moves in the game. As an athlete, Victoria's lack of physical prowess to help her win any competition also probably doesn't sit too well with him and would turn him off from taking Victoria with him to the end. He also just seems genuinely loyal to Derrick. All in all, I have a feeling Cody will remain true to his Hitmen word.

But Derrick is another story. Without a doubt, Derrick seems like one of the most morally sound players in the Big Brother house this season who hasn't manipulated or backstabbed other houseguests egregiously. He may very well honor his promise to Cody. However, Derrick is hungry for that $500,000. His wife and newborn daughter have proven to be extremely strong motivations for him in the game, and it seems like he would do anything to bring home the money to them. If that means breaking his final two deal with Cody, so be it.

There's also the fact that Derrick has gotten very close to Victoria in the house, not only for his game but also just in a big brother kind of way (pun obviously intended). Even after Cody revealed the final two deal, Derrick has still been trying to reassure Victoria that their pact is tight, according to the live feeds. We'll have to wait and see if that signals that Derrick is going to bring Victoria with him to the finale or if it's just another one of Derrick's many smart moves to retain Victoria as a jury vote. Although, it looks like Derrick might have tried to convince Victoria to throw the last HoH competition, so maybe he is in fact working on the former.

But if things keep going the way they have been, maybe the better question we should be asking is, "Who will Victoria take to the final two?" Ugh.