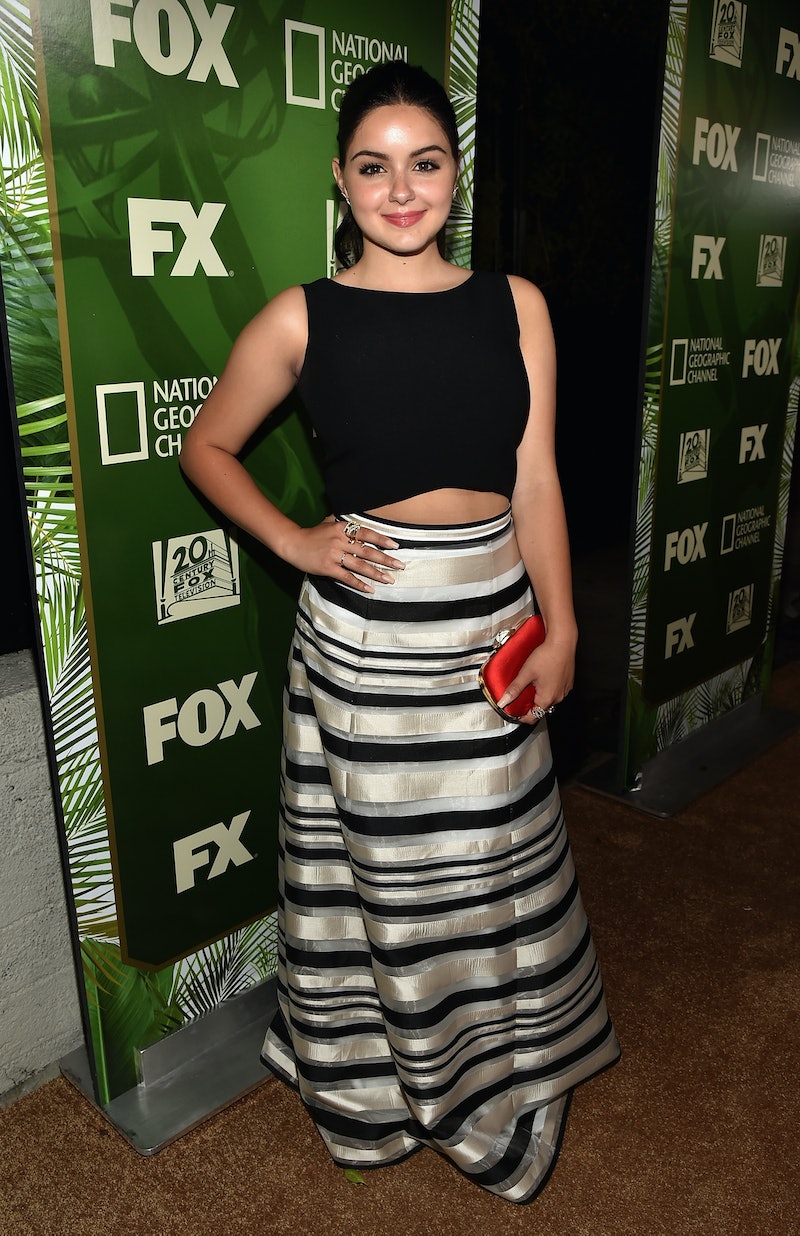 Unfortunately, in her real life, Modern Family 's Ariel Winter has not been blessed with the domestic bliss that her character Alex Dunphy has on TV. Winter has been in custody battles with her mother for years, but in May of this year, it was officially decided that the 16-year-old will keep living with her older sister, Shanelle Gray. Winter had accused her mother, Chrisoula Workman, of physical, sexual, and emotional abuse, which she denied. But thankfully, it looks like the family battles are over. Workman stopped fighting for custody of Winter after she asked the court to show a family photo video montage.

Now, Winter appears to be happy living with her sister, who is very important to her. As she told Seventeen, "My sister is who I look up to the absolute most in my life — she's extremely powerful and intelligent. She's been through a lot in her life, as have I, and she's smart, giving, caring, and loving." Although Winter has positive feelings towards her older sister, her brother, Jimmy Workman (most famous for portraying Pugsley in The Addams Family movies), did not feel the same and tried to gain custody of his younger sister too, but proved unsuccessful.

The fact that the custody battles have finally ended must come as a relief for Winter. Besides them being emotionally draining, she also has a pretty busy work schedule. Alongside Modern Family, Winter had provided the voices of a lot of animated characters. She was Marina the Mermaid on Jake and the Never Land Pirates, Gretchen on Phineas and Ferb, Penny Peterson in Mr. Peabody & Sherman (in which her Modern Family dad Ty Burrell played Mr. Peabody), and currently she is Sofia in Disney's animated show Sofia the First. She also has close to 500,000 views of her cover of Taylor Swift's "I Knew You Were Trouble."

And she's hilarious as Dora the Explorer in CollegeHumor's take on the children's series. There is even a three-part special with her as the bilingual Dora.

Winter manages to find that mix of embracing the kid-friendly fare that made her famous, and also being willing to joke about it with the Dora videos. Modern Family executive producer (and sometimes writer) Steven Levitan told Entertainment Weekly that, "She is the consummate professional on set. She always comes prepared, nailing long, intricate speeches on the first take. The writing staff often talks about how great she is at hitting a joke while keeping it grounded and real." So although Winter may not be Alex Dunphy, it sure sounds like she does share in some of her character's great qualities.

As Season 6 of Modern Family premieres Wednesday night on ABC, I hope Winter will only be in the news from now on for her career. The same can't be said for Winter's sister on the show, Haley (portrayed by Sarah Hyland), who is now reportedly dealing with her own domestic abuse issues with her ex-boyfriend. Hopefully the Dunphy clan can provide each other support off set, as well as on.