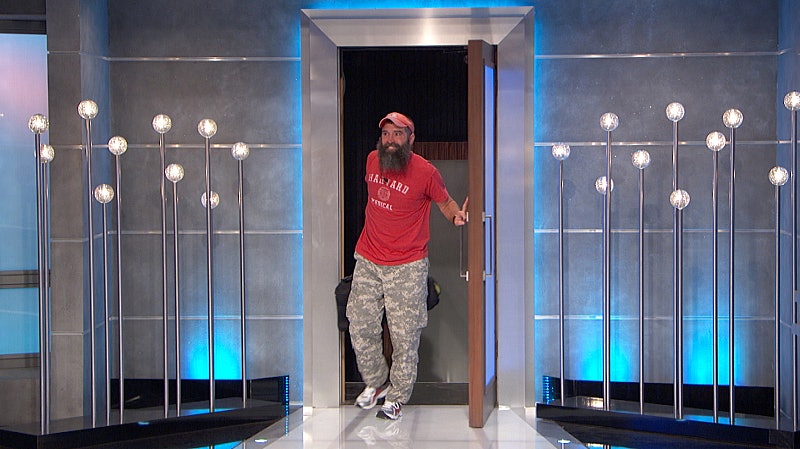 I was already riding from my high at hearing the news that Derrick had won Big Brother 16 . And then, something even better happened. Host Julie Chen announced that Donny had been crowned America's Favorite Houseguest. Dreams really do come true!

Yes folks, Donny beat out Nicole and Zach, the other two in contention for the America's Favorite Houseguest prize, to take home $25,000, in addition to his earnings from completing Team America missions this season. But more than that, he now has the eternal love and admiration of everyone in the world, including the all-important Twitterverse.

Where would any of us be without our supporters? That's certainly the case with the America's Favorite Houseguest vote, where Big Brother fans got the chance to vote for the player they wanted to snag $25,000 on finale night, just for being them, with very little skill required.

So it's no surprise then that tweeps were pretty stoked to see Donny finally get his much-deserved love after being pretty much robbed of the chance to take home the title of Big Brother champion. As much as we wished it so, Donny never really stood a chance at winning with the whole house not trusting him throughout much of the season. Tonight, all of Donny's supporters were finally vindicated.

Some people were understandably peeved that Zach didn't earn the title. I mean, this is Zach we're talking about here.

But we can all agree that Frankie not even being in the running as part of the top three houseguests with the most America's Favorite Houseguest votes is a win for all of us.