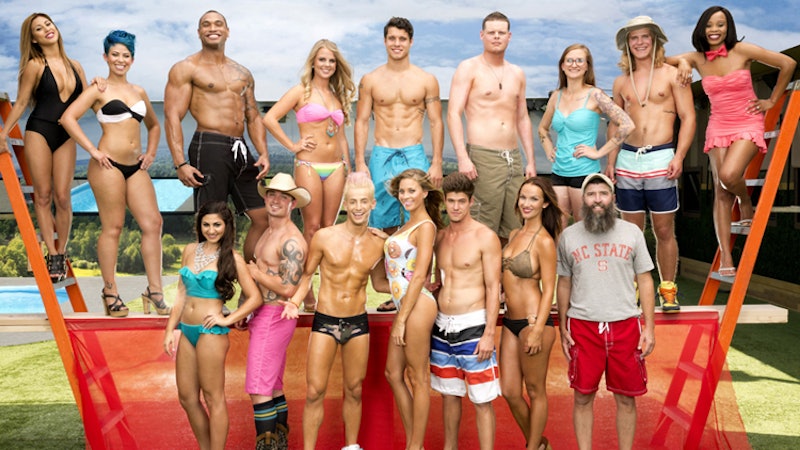 After three months watching Zankie's relationship bloom, Team America complete its missions, and Victoria miraculously evade eviction almost every week, we finally crowned a winner of Big Brother 16 . The nine members of the jury deemed Derrick the most deserving of the $500,000 prize. Cody came in second place, and Victoria left with nothing. And the rest of us immediately felt empty inside knowing that it's all over.

Because Derrick did win, he received an additional $50,000 for being in Team America and winning the whole shebang. Winning more than $550,000 this season, including his Team America earnings? That's almost the right amount of compensation for having to listen to Victoria complain and cry for three months.

As Cody and Derrick entered the final two of this season of Big Brother, keeping their Hitmen alliance intact, while Victoria didn't make it past the final three when Cody won the final HoH competition during the live finale Wednesday night. This was hardly shocking, considering Victoria was completely non-threatening during the entire season. But hey, she made it, which is a lot more than 13 other houseguests can say.

But enough about the houseguest that didn't make it to the final two. It seemed that Derrick was the clear frontrunner to take home the top prize, although by the finale, based on what the jury members were saying, the race for the winner between Cody and Derrick actually seemed closer than I had at first anticipated.

Cody was a strong physical threat from the get-go, so he was a fierce competitor until the end, winning the all-important final HoH competition. His knack for winning competitions helped keep him safe and made him an asset to his alliances. He was lucky to find himself a part of three alliances during the season — the Bomb Squad, the Detonators, and the Hitmen — which helped him stay in the majority, rule the house, and make it to the end of the game.

Derrick had so much going for him, and he played the game nearly perfectly, so he really had an awesome shot of winning. Derrick earned the respect of everyone early on by making it known that he entered the competition to provide a better life for his wife and newborn daughter. He won competitions when he needed to and threw them when he didn't so as not to appear as too big of a threat, unlike some people we know (cough cough, Frankie, cough cough). Derrick also manipulated people without them being aware of it, which is obviously the way the game is supposed to be played, even if some of the jury members didn't seem to be feeling it too much come finale night. But none of that mattered, because he proved to be victorious, and for a brief moment, all was right with the world.

So there you have it. Sixteen players entered the house at the beginning of the summer, and one reigns supreme at the start of fall. When does Big Brother 17 start again?