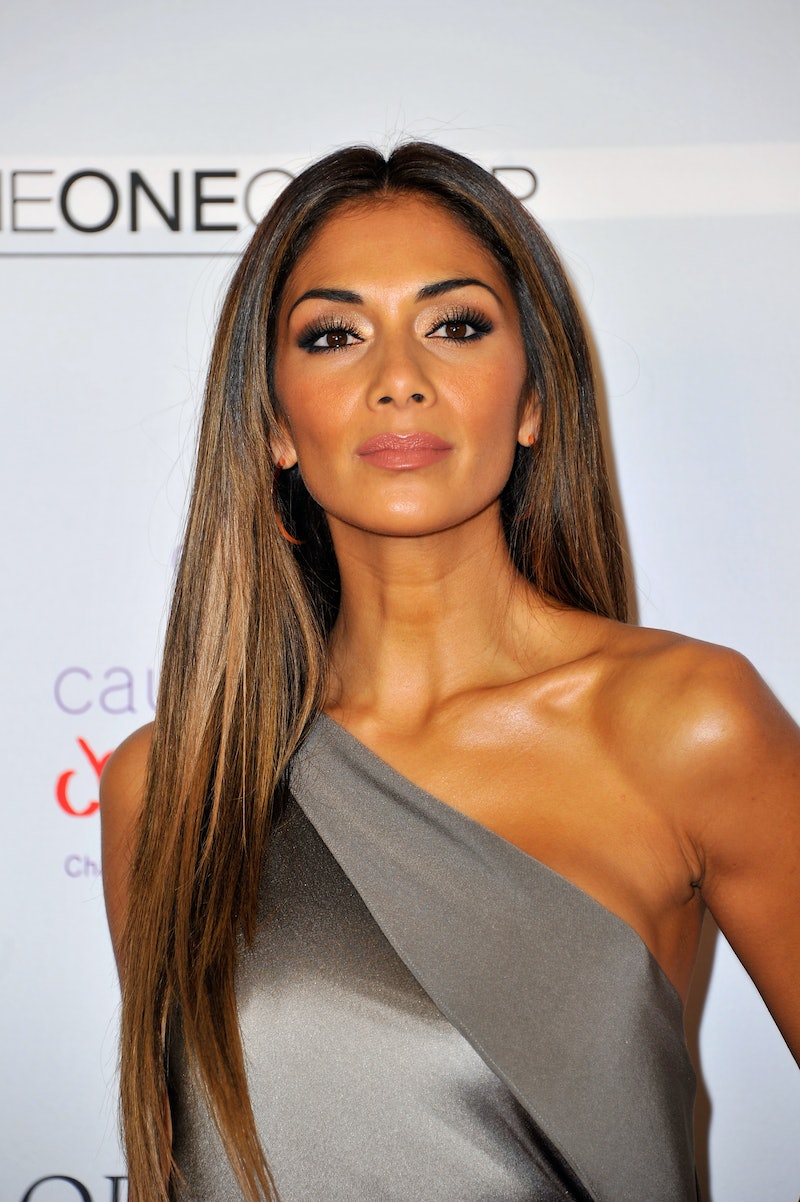 On a whim, I decided to give Nicole Scherzinger's new song "Run" a listen a little over a week ago. Honestly, I wasn't expecting much. I'm not a big fan of "Your Love" or "On the Rocks," the two singles Scherzinger has already released from her upcoming sophomore album, Big Fat Lie , so I wasn't feeling confident that I was going to like "Run," either. Thankfully, I was wrong. Like, really wrong.

Much to my surprise, "Run" is one of the most powerful ballads that I've heard in a very long time. It's so good, in fact, that if someone like Adele were to release "Run" as her new single today, it would probably go on to become a massive, worldwide hit. But Adele isn't releasing "Run" — Scherzinger is. Unfortunately, I'm afraid that means that the song won't receive the attention or acclaim that it truly deserves — but I'll do what I can to change that.

On "Run," the narrator urges a friend who has just gone through a bad breakup to run from the next man who treats her poorly, and in the process, reveals some heartbreaking details about her own history with toxic and emotionally abusive relationships. Of course, I can't say whether or not "Run" is based on Scherzinger's real-life experiences, but I can tell you that its empowering message is pretty much guaranteed to leave a lump in your throat. Scherzinger sings on the song's first verse:

Here’s some advice for the next one

Don’t let him lead you to the dark

Don’t tell him all your secrets

He’ll leave you with a broken heart

He’ll try and tell you that he wants you

Just to keep you on the line

And right when you’re about to move on

He pulls you back in every time

On the chorus, Scherzinger pleads, "Here's some advice for the next one: Run, run, run..." Wow. Not feeling emotional yet? The second verse should take care of that:

You give your love up way too fast

And there’s no coming back from that

He’s got this perfect way about him

He’ll make you think that you come first

But you’ll get lost in the challenge

Of trying not to get hurt

Scherzinger has struggled to launch a successful solo career in the United States since she left the Pussycat Dolls in 2010 — which is a shame, because she's very talented and has a fantastic voice. I don't know that "Run" is going to "change her luck," so to speak, but it's a gorgeous song, and I'm sure that its lyrics are going to resonate with a lot of people.

If you fall in love with "Run" like I have, or know somebody who needs to hear it, I encourage you to share the track. Who knows? Maybe we can help "Run" become a hit.