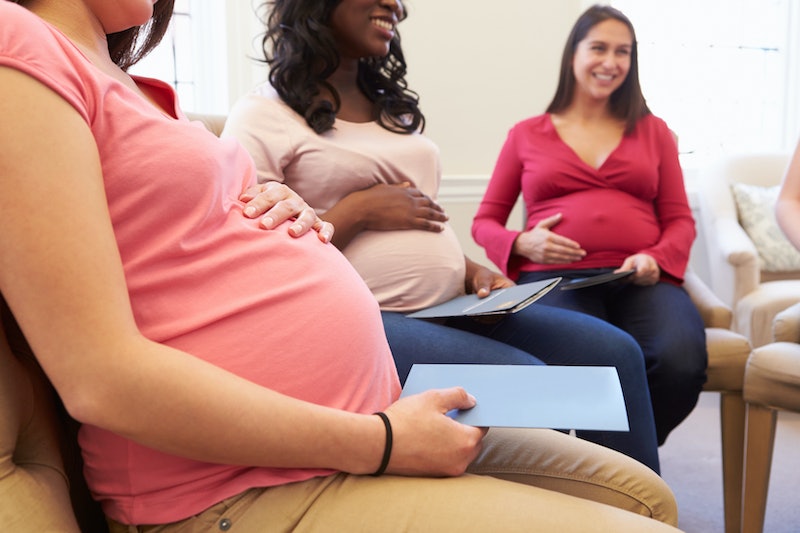 And now for some sad-yet-unfortunately-true: Did you know that the United States is one of the only developed countries that doesn't provide its female citizens with paid maternity leave? In an effort to turn things around, The U.S. Department of Labor awarded $500,000 to fund studies on paid leave in four places.

U.S. Secretary of Labor Thomas E. Perez explains in a news release how the lack of paid leave is negatively affecting families who can't afford to take off. He also mentions the necessity of creating paid leave programs:

"We need to do more to give people the tools to be responsible employees and good caregivers, so they don't have to choose between the families they love and the jobs and economic security they need. These federal grants will further our understanding of this issue. Because paid leave isn't just the right thing to do, it also makes economic sense."

So how exactly is this going to work? The grant will be split amoung the four chosen locations, and the largest chunk will go to Rhode Island. From there, the funds will be used to do anything from creating a "state paid family leave program to raise awareness on the subject."

Speaking of raising awareness, this is where the #LeadOnLeave campaign comes in. #LeadOnLeave is an initiative aimed at shedding light on the importance/necessity of paid leave in the states. In the campaign's message, the department explains that though some change has occurred — states like California, Rhode Island and New Jersey have already passed paid leave laws — they believe updating "workplace policies that are stuck in the past" in regards to paid leave is extremely necessary (amen!). Check out their video:

Seeing as millennial ideals on family and marriage don't exactly match up to the ones established 60 years ago — and, you know, that this should of been implemented a while ago — it's about freaking time the United States offered paid leave.