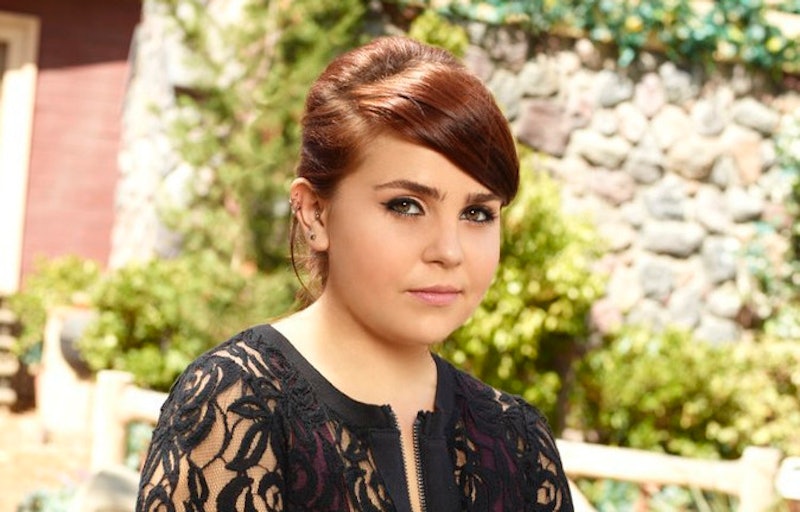 You've been missed, Haddie! Not only by Parenthood fans but by your cousin and BFF Amber. During the long-awaited Season 6 premiere of Parenthood, Haddie returned to share some pivotal, lovely moments and conversations with her almost-sister, including Amber's newly discovered pregnancy (!!) and Haddie's girlfriend.

After Haddie accused Amber of treating her "like some girl I don't know," Amber told her why she had been so harsh earlier in the episode. She had something on her mind: her unborn baby. That's right, Haddie finds out about the baby before Sarah or Ryan do. Any hard feelings went right out the window, as the two bonded and chatted like no time had passed.

But Amber's pregnancy wasn't the only big topic of conversation (this is Parenthood, after all, and this is the last season so there's lots of ground to cover), the girls also had an open and honest chat about Haddie's lesbian relationship.

During one of the show's most authentic chats to date, Haddie explains that she didn't feel like she was "faking" her loving relationships with men, but that she'd simply discovered something new about herself when she met her girlfriend. (See, this is one of the many reasons why we're going to miss Parenthood!)

After dropping some truth bombs about the fluid nature of love and sexuality, Haddie then gave Amber the advice that even though moms are tough (especially helicopter moms like Sarah) they are just the person you need to talk to when you're pregnant.

So Amber took Haddie's advice and put it as bluntly as possible to Sarah: "I'm pregnant" and was met with a stunned silence. HADDIE HOW COULD YOU LEAD HER ASTRAY? Just kidding, Sarah is always dramatic and then eventually comes around. Sorry, grandmother Sarah.