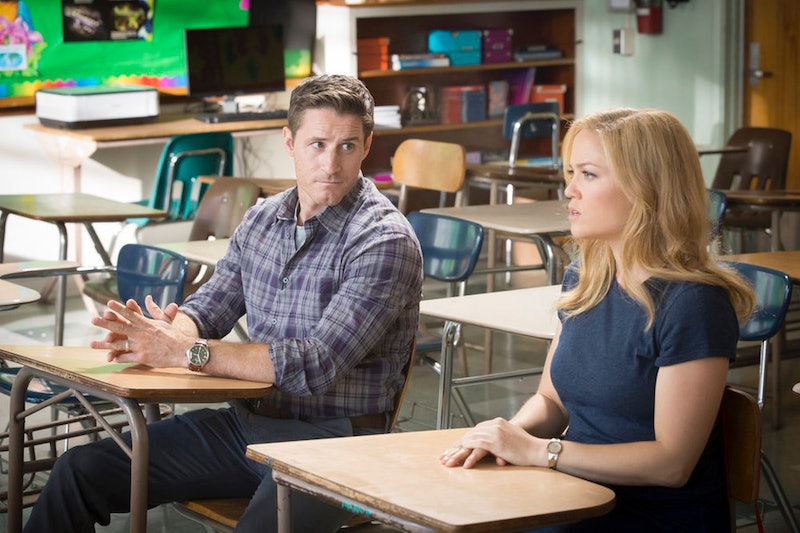 Okay, did anyone else think that it was Joel having sex at the beginning of the Season 6 premiere of Parenthood only to be shocked — SHOCKED! — to discover it was some new dude with enviable abs?! Yep, that's one way to kick off the final season of Parenthood. For any fans hoping for a Joel and Julia reunion right off the bat, you better hang tight. Julia Braverman has a boyfriend. She is totally doing it with a hot (albeit sorta douchey seeming) coworker/boyfriend named Chris and it seems like he may throw a wrench in Joel getting his marriage back.

Poor Joel! But, even as a fan who is certain these two will reunite, it's far more authentic. Separations are rarely romantic reunions, rather complicated feelings and messy relationships. Plus, hey, get it Julia! And by it I mean you know and also finally have a compelling storyline!

But there was a glimmer of hope for Joelia fans: in the aftermath of Zeek's health scare, the former husband and wife had a hopeful moment in their very chic, enviable kitchen. (Seriously, did they redecorate their already incredible house over the summer?) Joel planted a sweet, soft kiss on Julia. It was a vulnerable moment, people!

(Sidebar: I know that there are more Emmy-baiting performances on this show, but Erika Christensen and Sam Jaeger are equally deserving of some awards show love thanks to this story arc.)