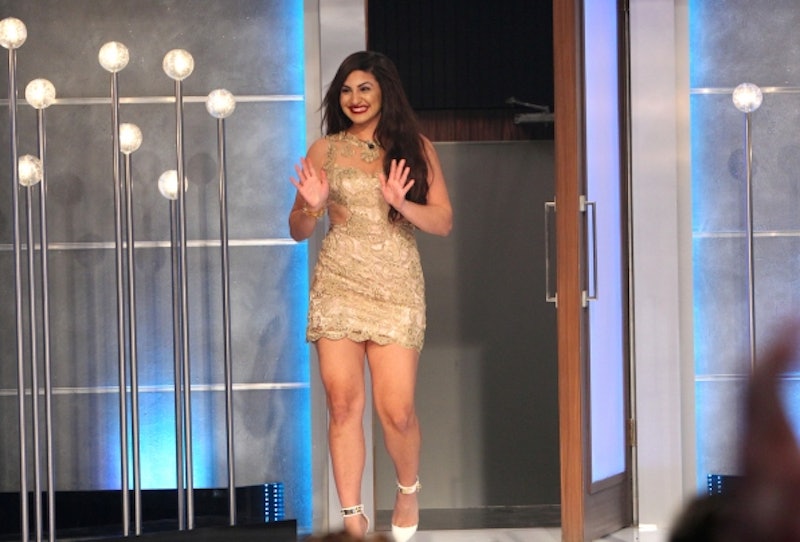 This summer was full of secrets on Big Brother and one of the best kept secrets — for a handful of weeks — was Frankie Grande's famous life outside the house. Inside the Big Brother house, Frankie learned Victoria was a huge fan of his sister Ariana Grande. So huge, in fact, he thought multiple times throughout the season that she actually knew who he really was. But for Victoria, Ariana Grande was the last thing on her mind. "In this game, you are not trying to figure out who is everyone's celebrity sister, you're not even thinking about it. It would have never crossed my mind in a million years," Victoria tells me.

But what about that time in the kitchen when Victoria was asking what Frankie's sister looked like... and she wanted really specific details? She had to be onto something right? "I did not connect the dots," she says. "He was just saying she had brown hair, brown eyes, I was like, 'Frankie, come on, give me more than that!'"

In addition to grilling Frankie on his sister's appearance, Victoria follows Ariana on Instagram — as any fan would — so she has almost certainly seen photos of Frankie before she entered the house. But even then, no connection was made.

But all of these "does she know?" moments made the real reveal about Ariana Grande's Big Brother connection that much more entertaining. When Frankie revealed his identity outside of the house — and off went the lightbulb in Victoria's head — it was clear that she was nowhere near guessing Frankie's real identity, but instead, completely shocked. Let's relive that moment again.

But now that the season is complete and Victoria has spent a considerable amount of time with Frankie, is she still an Ariana Grande fan? "100 percent. She's one of my biggest idols," Victoria says. "She is a huge inspiration to me, she is an amazing artist, and I respect her 100 percent."

Hopefully, Victoria was given the opportunity to meet Ariana at the wrap party that Big Brother throws after the finale. It is nice to see Victoria still a fan of hers, as we all know, Ariana can use as many fans as possible now in light of her recent diva rumors. If they did meet at the finale party, I'd like to think it went something like this: