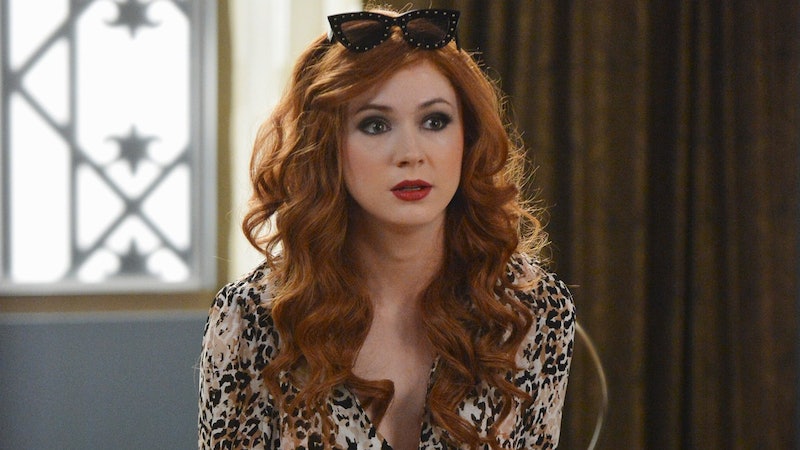 If you're a social media addict who has mastered the perfect duck face, you may want to consider ABC's new sitcom Selfie (based on My Fair Lady) as a warning. The new series — which was created by the now-cancelled Suburgatory's Emily Kapnek — is about a former "nottie" turned hottie named Eliza Dooley (sound familiar, Eliza Doolittle fans?). Eliza has a ton of friends on a variety of social media platforms. That's awesome, except for one small fact: She doesn't actually have any in real life. In order to make herself appear more like an actual human being — and thus form real, human connections — she hires branding expert Henry Higenbottam (a spin on Henry Higgens, of course), who schools Eliza in all "off the grid" interactions, from saying hello to a receptionist to not texting at a wedding. (But like, really, who does that?) The goal is to turn Eliza into a better, more respected person.

If this plot rings any bells, it should. The Selfie is based on My Fair Lady, a musical that itself is based on George Barnard Shaw's play Pygmalion. (In case your curious, the title refers to the man in a Greek myth who falls in love with the sculpture he creates.) My Fair Lady is about a man named Henry Higgins who meets a Cockney flower girl and decides to teach her to speak eloquently in order to raise her social status. But though there are many similarities between the TV series and the musical it is based on, there are also some key differences. Here's how they compare:

A major difference between Eliza Dooley and Eliza Doolittle from My Fair Lady is their agency. Dooley seeks out Higginbottam's assistance after realizing that her life isn't going the way she likes. In My Fair Lady, Doolittle lacks this agency, and is approached by the pompous professor Henry Higgins who wants to change Doolittle for the sake of his own ego.

Selfie is about "living in the now" and not letting ones online life take over their real one. My Fair Lady, which is based on Shaw's 1938 play, has a different set of themes. A major theme in My Fair Lady is classes and what actually separates them — and what should. Doolittle is kindhearted, and not as formally educated as Higgins, and so Higgins looks down on her. It isn't until the end of the film that he realizes that she might be better at being a human being than he is, simply because of her spirit.

What Higgins — or Higginbottam in Selfie — teaches his muse is vastly different. Higginbottam attempts to teach Dooley to be a better, kinder person off line. Higgins is not interested in who Doolittle is as a human being — it's all about the presence, something that Dooley in Selfie already has mastered. In fact, if Higgins were to meet Dooley, he might think she's doing okay — she has the appearance of someone who has their life together down, if not the actual skills necessary to succeed.

Sorry, musical fans, but Selfie isn't one. I hope you like Chainsmokers' song "Selfie" — you'll be hearing a lot of it.