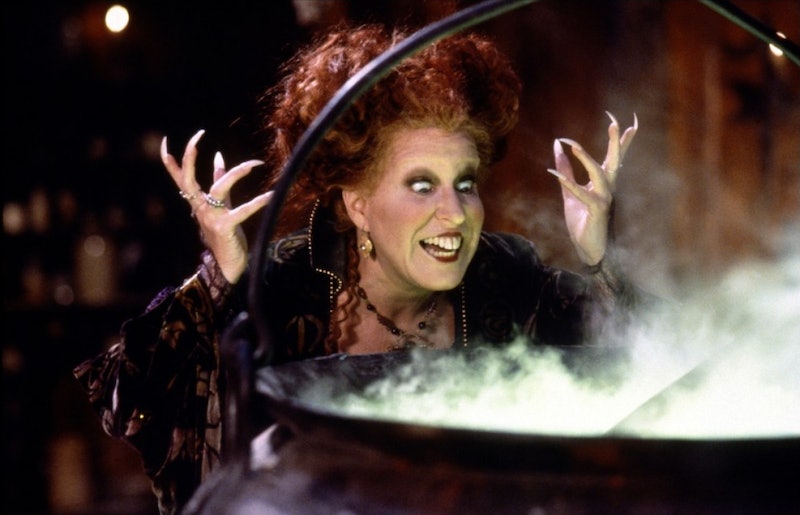 Even though you picked your costume out months in advance, you're still searching for a touch of inspiration to put you in a ghostly mood for Halloween. Fall hasn't exactly been full of scares so far, but that doesn't mean you haven't earned a reason to get in the spooky spirit a few weeks early — and if these creepy Halloween quotes don't do the trick, nothing will.

When you were younger, the excitement for Halloween started months in advance: between costume planning (you had to stake your claim on Wonder Woman well before Tina from fifth period science could nab the same outfit), scouting possible trick-or-treating routes, stocking up on shaving cream and eggs, and preparing the perfect day-of treat to bring to class, you were overwhelmed with anxious delight for a night of goblins, ghouls, and ghosts lurking behind every corner. Now that you’re older, though, Halloween has started to feel more like a chore than a night of celebration. So let's change that.

Pump up the volume on your "Monster Mash" playlist, pour yourself a glass of your favorite Dragon's Blood Punch, and get yourself in the perfectly petrifying, horribly hilarious Halloween mood. The Night of the Living Dead is upon us.

2. "The moon gazed on my midnight labours, while, with unrelaxed and breathless eagerness, I pursued nature to her hiding places.” — Mary Shelley, Frankenstein

3. "And my soul from out that shadow that lies floating on the floor shall be lifted — nevermore.” — Edgar Allan Poe

4. "'Tis now the very witching time of night, when churchyards yawn and hell itself breathes out contagion to this world. " — William Shakespeare

7. "The moon has awoken with the sleep of the sun, the light has been broken; the spell has begun.” — Midgard Morningstar

8. "Halloween wraps fear in innocence, as though it were a slightly sour sweet. Let terror, then, be turned into a treat…" — Nicholas Gordon

11. "By the pricking of my thumbs, something wicked this way comes." — William Shakespeare, Macbeth

12. "We make up horrors to help us cope with the real ones." — Stephen King

13. "Listen to them — the children of the night. What music they make!" — Bram Stoker