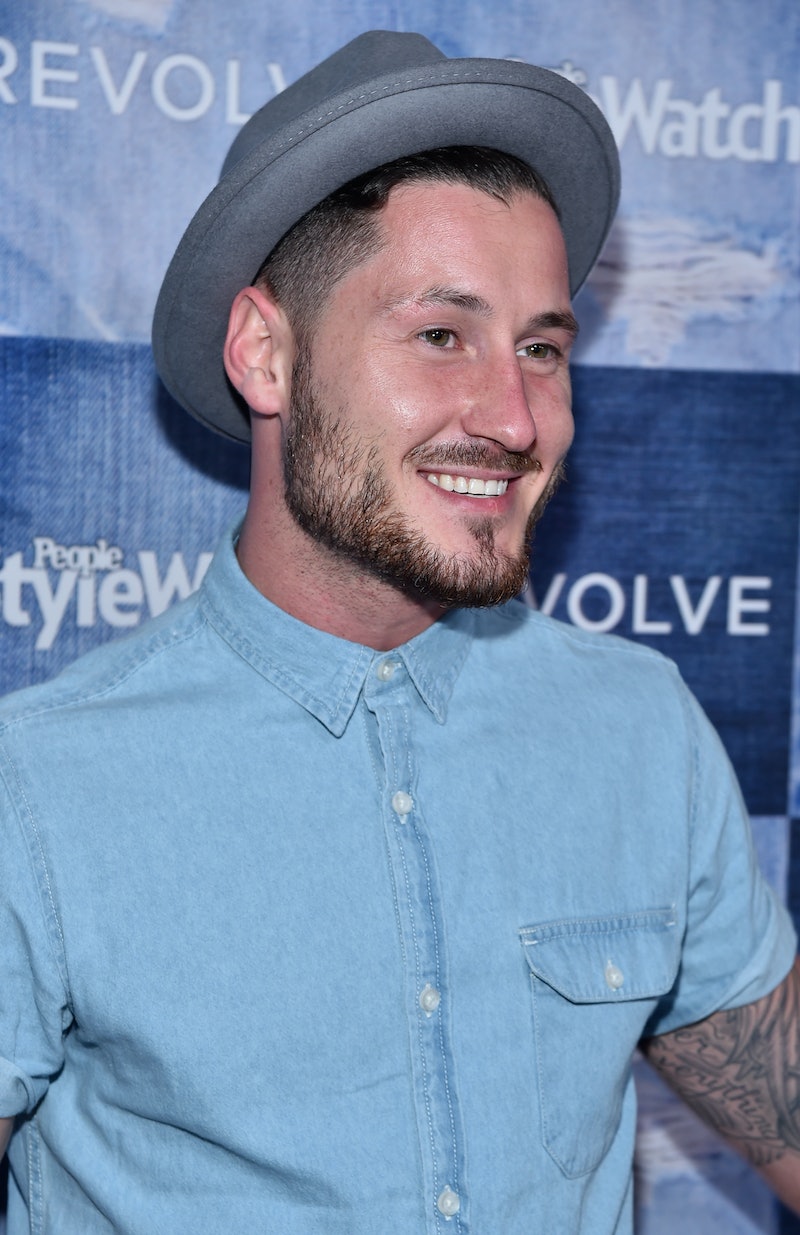 As is the case with any good season of ABC's dancing reality saga, there's been a whole lot of "will they or won't they" going on between DWTS partners Janel Parrish and Val Chmerkovskiy. Unfortunately for Janelskiy fans, it's pretty obvious that Janel has a boyfriend of just about two years, making any dreams we had of her getting together with Val pretty unlikely. This cloud does have a silver lining, though. If ever Janel broke up with her boyfriend Payson Lewis, Val is single and waiting for the perfect girl to start a family with. No pressure.

During Season 18, SheKnows reporter Kristyn Burtt teased rumors about a potential relationship between Val & DWTS dancer Jenna Johnson and Access Hollywood caught the Val & Jenna out together on a few occasions. But being in and out of the studio and spending endless hours on the ballroom floor has left the hunky Ukranian little to no time for a real relationship. He has a career to focus on. Whether he's over-the-top flirty with Janel or not, Val told Social Life Magazine that he is just not looking for anything serious for the time being.

However, he did admit to the mag that he eventually wants a wife who will be supportive of his dance career. In fact, the dancer describes himself as a "romantic," which is a huge plus for the future Mrs. Valentin Chmerkovskiy. In an interview with People, Val and his brother Maks faced off to see who was more of a ladies' man and, as it turns out, Val had more relationships growing up. While he describes Maks as being more promiscuous, Val stated that he is much more of a one-woman man. Even more perfect is that he wants to follow in his own father's footsteps by being an excellent father to his own children. Well isn't that adorable. What more can a girl want? Well, that and the abs — he can keep the abs.

As far as I'm concerned, Val is as perfect of a catch as they come. Shirtless or not, Val has the personality to match his good looks. Anyone who's seen even a smidgen of him on Dancing With the Stars knows that he is wildly charming and that he at least seems like the ultimate sweetheart. But as it turns out, he isn't just a good dancer and a good friend but somewhat of a personal therapist too. Just check out that tweet below (there's plenty more where that came from). Hello, Mr. Deep and Meaningful — want that serious girlfriend, yet?

Val's only downfall is that he's too driven for his own good. Right now, it's time keeping him away from anything serious relationship-wise, though if that's what he wants, then that's not necessarily a bad thing. It's an endearing trait when a guy is passionate about something in the way that Val so clearly is.

Enthusiasm and passion sure as hell makes for a good boyfriend, whenever he decides it's time for that. Be patient, ladies. He'll be worth it, he promises.