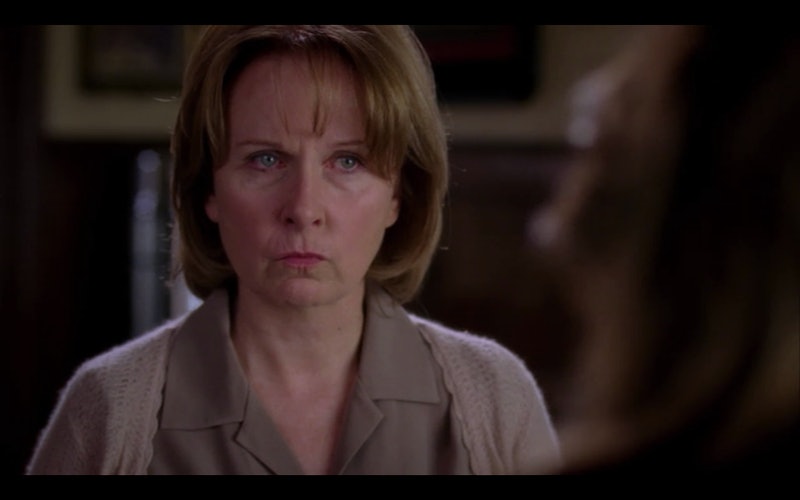 Parents can be such a drag sometimes. Always looking out for your safety and asking about your day and forcing you to sit down for dinner so you can have a “nice family meal.” Your childhood was exhausting!

At least, it seemed that way until you grew up, got yourself a Netflix account (or, you know, snuck onto your parents’ account) and got a cold hard slap from reality — TV parents, while often unrealistically perfect, are sometimes so much worse than the relative angels who raised your ungrateful ass. Reckless child abandonment? Check. Deliberately sabotaging their own flesh and blood? Check. Turning their entire family into vampires? Check, check, aaaaand check.

These days, it’s hard to watch any television show without speed-dialing social services to report parents that are so soul-suckingly terrible that you forget that they don’t even exist. Suddenly all those times your mom nagged you about your grades or your dad grumbled about your messy room seem like a small price to pay for all that food and shelter and embarrassing affection.

But the truth is, whether they were totally awesome or scarred you for life several times over, you can’t choose the type of parents you have. But you can choose what kind of parent you become. So do your best to never, ever become like any of these:

Let’s kick off the terrible parent jamboree with an old favorite: Meredith Grey’s top notch surgeon mother, who was every bit as awesome in the operating room as she was terrible at raising children — and yes, I mean children, plural, in case anyone hasn’t seen season nine finale.

But it turns out that secret baby she gave away lucked out in the long run, because she was spared from the years of neglect, verbal abuse, and super inappropriate extramarital affairs that our friend Meredith enjoyed her whole life. I can’t say anyone was too sad to see Ellis go.

John Winchester could have hired a babysitter to watch his kids on the many nights he left them alone in motels, but why should he have, when handing his son a firearm and saying “Shoot first, ask questions later” was so much more cost-effective?

Cora of Once Upon A Time

It’s one thing to say your parents are heartless as you melodramatically mourned the death of your social life that time they gave you a curfew. But Regina’s mother was actually, in every sense of the word, heartless. Like, she pulled her heart out of its cavity and put it somewhere for safekeeping, so she couldn’t feel anything at all.

Which makes sense, considering she let her first daughter get sucked up into a cyclone as a baby, the exact kind of trauma that leads to crazy teenage rebellion like, I don’t know, turning into the Wicked Witch of the West. And because Cora was so eager to get this parenting thing right the second time around, she went ahead and killed her second daughter’s true love and sent her spiraling into a hissy fit that pretty much destroyed the entire kingdom. Go team!

You know what’s a heck of a lot more exciting than raising kids? Marrying a bunch of rich old dudes with hidden agendas and ignoring those aforementioned kids as they slowly drink themselves to death! OK, OK, she tried. Boarding school. Mental health facilities. Complaining a lot to her kids about how hard it is to have kids. A for effort, Mrs. VdW.

But hey, I guess if she ever had used common sense and actually parented Serena then we would lose about 75 percent of the plot of that show, so we should all thank her.

At this point, it’s impossible to measure how terrible of a parent Don Draper is because there’s no real way to know exactly how many kids he actually has, since he has pretty much slept his way up and down the entire eastern seaboard. Seriously, after trying to keep track of the names of all the women he has cheated with I don’t know how he has the time to remember the names of his own kids. Or the fact that he left them with Crazy McSanePants, aka Betty.

First off, Elaine Stritch, you will be forever missed. And so will Colleen, Jack Donaghy’s shameless, cruel, and bitingly hilarious mother, who spent the better part of the show belittling him and reminding him of every past and present failure in his life, leading him to share gems such as this: “Mother, there are terrorist cells that are more nurturing than you are.”

You would think that after several years of not having parents, somebody would start to get a little suspicious of these two. Someday when Max and Ruby aren’t busy fighting over things like tea parties and mismatched pajamas, somebody is going to ask them for a birth certificate or an insurance card or some kind of proof of their existence, at which point they’re going to have to admit that they’ve been running around the neighborhood like feral orphan children since they spontaneously were created from thin air.

Ew. Ew, ew, ew. Ew. Roughly translated back into English, that meant, “How could you openly cheat on your wife with your student and then force your kid to lie about it to her mother’s face?”

"Hey, son, I’m just going to casually miss your birthday, cry about it and attempt to make amends, and then call you the name of the guy I’ve actually been spending my time with, so that you can tailspin further into those inferiority complex and absent dad issues you’ve been dealing with for the last few years."

This list would not be complete without the mother of all bad mothers, Lucille herself. The reign of psychosis she has set upon her children is only matched by the insane amount of alcohol she consumes before noon.

Esther of The Vampire Diaries

In every child’s life, there comes a time when their parents give them The Talk. You know which one I mean. The “hey, how would you feel if I cursed you and your siblings with immortality and a blood lust to destroy people that might never fade away?” talk.

Esther forgot to have that talk. Don’t be like Esther. Or you might get murdered in the 10th century by one of those angry children you turned into a vampire without permission.

Any Disney Parent, Ever.

It’s not that they didn’t try their hardest. It’s just that 90 percent of them died in the first 10 minutes, and what good are they to anybody now?!*

*Barring, of course, defying all the laws of time and space to move half the stars in the galaxy into the shape of your dead lion dad’s face.