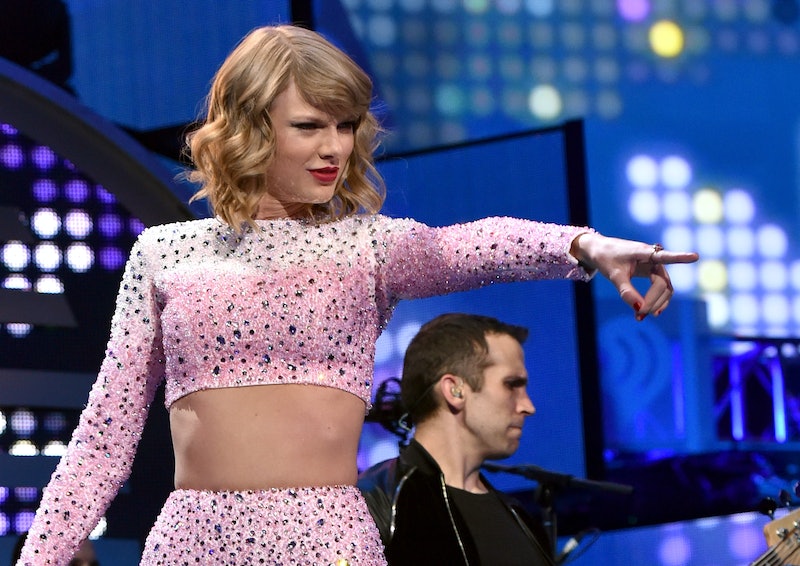 When Taylor Swift, patron saint of all things fall, issues a statement regarding her favorite season, we must heed her word. Even if she declares fall to be over prematurely. Monday morning, Swift shared a photograph of some homemade treats: Chai sugar cookies topped with cinnamon eggnog icing. EGGNOG ICING. I repeat: EGGNOG ICING. And the yuletide spirit didn't stop there. She capped off the Instagram caption with three telling words: “Christmas in September.” Did T. Swift just end autumn?

The eggnog iced Christmas in September cookie incident was not a one-off: A mere few hours later, the "Shake It Off" singer posted a picture of chocolate peppermint cookies. Eggnog and peppermint, huh? What's next? Gingerbread cookies decorated to look like Olivia Benson the cat?

The first day of autumn was only Sept. 23, but no matter. Swift’s baked good pics are autumn’s equivalent of the Groundhog Day groundhog. If Swift posed next to a no-bake pumpkin cheesecake while wearing a maple leaf crown, the season of fall would’ve continued on its merry (womp womp) way. But Swift opted to throw together some eggnog cookies and follow them up with peppermint cookies. Swift's message is loud and clear: Put your autumn leaves scented candles away, for the season of fall is done. Christmastime hath begun in September.

Why, oh why did you pull the plug on autumn 2014, Swifty? You two have always been so close! Did you and autumn get into a fight? Are you secretly mad that Pumpkin Spice Lattes are made available earlier and earlier every year? Will you address what happened between you and autumn via some thinly-veiled lyrics on your upcoming album?

Sigh. Goodbye, fall 2014. Our time together was nice, albeit short. I will pour out a cup of spiced cider in your honor.

(The cookies do look stupid-delicious. I can't fault her for jumping the gun.)

(Like, I am not the least bit mad at either batch. I would eat the eggnog cookies and the peppermint cookies in September without a hint of autumn guilt.)