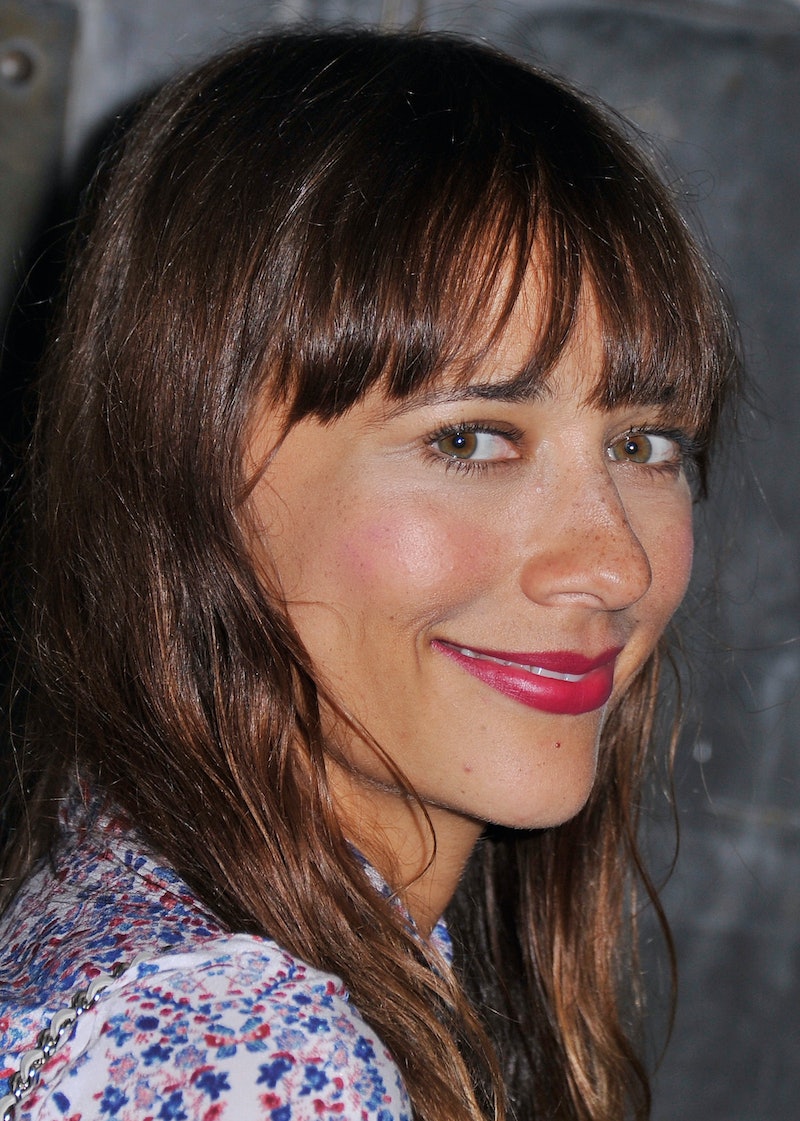 Ann Perkins, you beautiful tropical fish. It's still a bummer that Rashida Jones left Parks and Rec, ending one the best and truest BFF relationships on TV, but Jones wanted to foray into different waters. Her most recent project is undeniably cool: Rashida Jones directed the music video for Mayer Hawthorne's song featuring Kendrick Lamar, "Crime." A track on Hawthorne's upcoming album, Where Does This Door Go, "Crime" is a glitzy parody of the mythical glam Hollywood party lifestyle, and it's pretty spot on.

The video follows Hawthorne gussying up for an exclusive soiree, putting on his white tails and flashy white sneaks. Getting to the party, though, proves pretty hard for him, and he gets discouraged because 'he just wants to party.' Kendrick Lamar's verse is featured in the video as a Facetime call to Hawthorne. The video's got a big-screen cinematic feel to it; Jones did a great job directing.

It's always exciting when you see your faves succeed in other mediums—this is Jones' directorial debut. She also wrote and starred in Celeste and Jesse Forever, a great movie with Andy Samberg about the difficulty of relationships. Jones said about the concept for the video:

I liked the idea of the video starting as a sexy getting-ready video and devolving into a messy, very unsexy, unexpected trek. And the final realization is that YOU are the real party! I'm just starting to realize that about myself (which is why I stay home most nights). I am a HUGE fan of Mayer, Kendrick and of the song "Crime" and it was an honor to work with Mayer.

Speaking of Kendrick—KENDRICK! Even though his verse on "Crime" is short, it's still great to see his mug and hear his flow, adding to the anticipation of his new album which will drops... some time? Soon, preferably?! Jones, Hawthorne and Lamar make up an usual team, but their chemistry worked; Hawthorne said of Rashida: "We had so much fun making this. Her effortlessly cool sense of humor comes through so…uh…effortlessly." The video is a pretty great reflection of that sense of fun and sarcasm. Now if only Jones would bring back that swag to Pawnee.