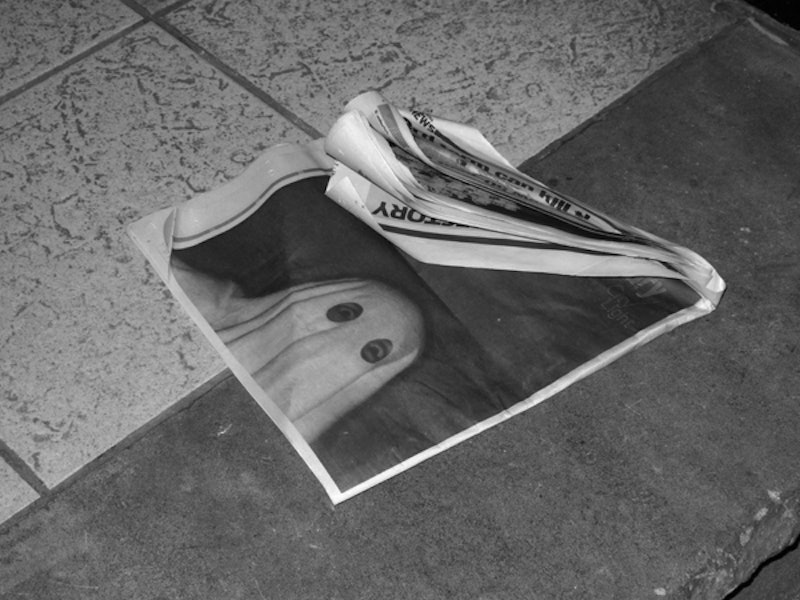 I'm not trying to alarm you or anything, but ghosts are real. They are real and they are everywhere, every moment of the day — not just on Halloween. Right this second, they are probably just over your shoulder, silently watching you pee, spying on your as you change outfits, or secretly judging your Seamless order (pad thai again?). Okay, fine, I may be overstating things a bit — ghosts may or may not be real, and if they are, they probably have better things to do than watch your boring ass. But since 42 percent of Americans believe that ghosts are real, odds are that there is a terrifying ghost legend set in your very neighborhood. I personally grew up hearing about the White Lady, an apparition who is kind of like the local minor league baseball team of ghost legends: not that great, but you root for them because of hometown pride.

However, the six (as in 666) local ghost legends below are some of the heavy hitters of great American hauntings. We have spooky little girls, scary adult prisoners, the Devil, a woman in a white dress who's just trying to get home, and of course, Ariana Grande.

Join us, won't you? Over here, by the warm light of your computer, where they can't get you.

Eliza Jumel Wants You Out of Her House

Even without the ghost sightings, New York City's Morris-Jumel Mansion would be pretty spooky. The oldest residence in New York City was once the abode of the scandalous Eliza Jumel, a society lady and magnet for scandalous gossip. Jumel — whose second husband was Alexander Hamilton's killer, Aaron Burr — was popularly thought to have murdered her first husband, Stephen. Her emotional decline towards the end of her life, when Jumel became a shut-in, was said to have been the inspiration for Great Expectations' Miss Havisham.

But Jumel has an even greater legacy than inspiring one of the creepier cautionary-tale characters in the modern Western literary cannon — she's also reputed to haunt the mansion, which was the site of the largest-scale ghost sighting in history. In 1964, Jumel supposedly materialized before a school group visiting the mansion, and asked them to please kindly shut up. Though the home's curators claim that the sighting was all a hoax, many visitors report eerie feelings to this day upon visiting the home.

Location: ChicagoThere was probably a version of this story in the town where you grew up — your sister's boyfriend's best friend told you that if you drove down a certain stretch of road, at a certain time of the year, you might see a woman, who would ask for a ride and then vanish when you neared the local cemetery.

This story — called "the vanishing hitchhiker" myth by folklorists — has been around in some variation for ages; but the most famous case in the modern era is Resurrection Mary. Usually thought to be the spirit of one of two young women who died in area car accidents in the 1930s, Mary haunts Archer Avenue and the grounds of the Resurrection Cemetery in the town of Justice, Illinois, just outside of Chicago.

She's been sighted fairly regularly since 1939, by motorists who report nearly hitting a young woman in a white dress who's crossing the street in front of the cemetery; by motorists who report giving her a ride (and the occasional cab driver who complains about her skipping out on her fare, we assume); and one 1976 eyewitness who saw her clutching the gates at the cemetery — and later found burn marks on the metal where her hands had been. But if you're ghost-hunting in Justice, watch out for pranksters — more than one fake Mary has been arrested by local police for trying to scare passing drivers.

Prisoners Get an Afterlife Sentence

Location: PhiladelphiaPhiladelphia's Eastern State Penitentiary looks like a Gothic fortress, but it was really a working prison — one that played home to a number of infamous residents, including Al Capone, from 1829 until 1971. The massive, spooky edifice is now a historical site, where visitors can listen to an audio guide recorded by Steve Buscemi, and learn about American prison reform and criminal law history — and the prison's own history of thoroughly inhumane punishments for prisoners, like banishing them to an actual, literal hole. But Eastern State Penitentiary is more than just a place for history to come to life. It's also a place where a number of its deceased residents are reputed to come to life, as well. Featured on MTV's Fear and the Travel Channel's Ghost Adventures, Eastern State is widely reputed to be haunted, and attracts dozens of paranormal groups each year, who hunt for the spot's storied whispering voices and ghostly faces.

Rumors claim echoing laughter in the prison's Cellblock 12, and apparitions in Cellblock 4. The most famous incidence of haunting involves locksmith Gary Johnson, who worked at the prison after it became a museum. Johnson was servicing locks at the site in the '90s when he says he spotted a "dark shadow" watching him, which then vanished.

Ariana Grande Walked Up to the Gates of Hell

Location: Stull, KansasDevoted fans of urban legens (or devoted Supernatural fans) know all about Stull. The small Kansas town is home to a graveyard reputed to house the doorway to Hell: On certain nights of the year, a set of steps supposedly appear that will lead anyone who walks down them to eternal damnation, and Satan himself puts in appearances at the spot every year to visit his bride's grave. But even if you couldn't find the steps, the graveyard still offered plenty of spooky sites for the thrill-seekers who thronged it for decades — like the small, roofless church inside the cemetery, the supposedly repelled rain and was reputed to be the site of occult goings-on. The legend is considered so powerful that a pervasive internet rumor claims that the Pope won't fly over the area; it's also considered such a nuisance by locals that when a property owner demolished the graveyard's historically important small church in 2002, most neighbors seemed relieved. So where does the Ariana Grande come in to all of this? Well, on a recent tour stop in Kansas, the surprisingly spooky Grande and her crew ventured out to Stull. She then spilled what happened next to Complex Magazine:

I felt this sick, overwhelming feeling of negativity over the whole car and we smelled sulfur, which is the sign of a demon, and there was a fly in the car randomly, which is another sign of a demon. I was like, 'This is scary, let’s leave.' I rolled down the window before we left and said, 'We apologize. We didn’t mean to disrupt your peace.' Then I took a picture and there are three super distinct faces in the picture — they’re faces of textbook demons...The next day I tried to send the picture to my manager and it said, 'This file can’t be sent, it’s 666 megabytes.' I’m not kidding.

Grande claimed to then have been menaced by negative spirits, including a floating black mass — though not getting that picture for Instagram was presumably the most horrifying aspect of the whole ordeal.

the Most Haunted Street in America

Location: New Jersey (where else)In addition to being the "diner capital of the world," and the birthplace of both Frank Sinatraand filmmaker Kevin Smith, New Jersey is also a hotbed of alleged supernatural activity. And no spot is hotter than Clinton Road, a desolate stretch of land famous for its density of evil druids, hybrid animals, and boy ghosts.Located near the "Dead Man's Curve" area of the road, there is a bridge over a lake, the reputed home of the "ghost boy" of Clinton Road. In more innocuous versions of the tale, the ghost boy will take change left for him on the road's median, and drop it into the lake below, or throw back coins that have been dropped into the lake. But in a few more sinister variations of the story, the boy — who either drowned in the lake or was run over on the stretch of road while trying to pick up a coin he saw in the road — is looking for some permanent company, and will drag down those who throw coins into the lake.

the Worst College Roommate Ever 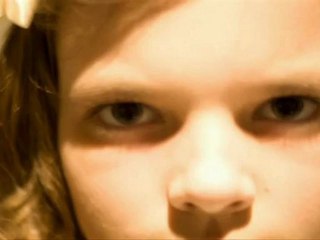 Location: BostonBuilt as a luxury hotel in 1891, Boston's Charlesgate Hotel played host to both a gory suicide and the death of its own architect in its first decades of existence. Later transformed into an apartment complex, then a Boston University dorm, then an Emerson College dorm, before turning into the condominium complex that stands on the site to this day, the Charlesgate has gained a reputation as one of Boston's most haunted places.But don't take my word for it (or the word of dozens of BU and Emerson alumswho have reported eerie experiences in the building). Ask actress Gina Gershon! As she notes in the above clip from Celebrity Ghost Stories, when Gershon was a student at Emerson in the early '80s, she experienced cold spots, strange noises, and eventually spotted the apparition of a little blonde girl, caressing the cheek of a male friend. Gershon believe the girl to be a spirit who had died with her family in a fire in the building, and thought that she was waiting around in hopes that her parents would come and come get her. Images: Jon Feinstein/ Flickr, Giphy (4)