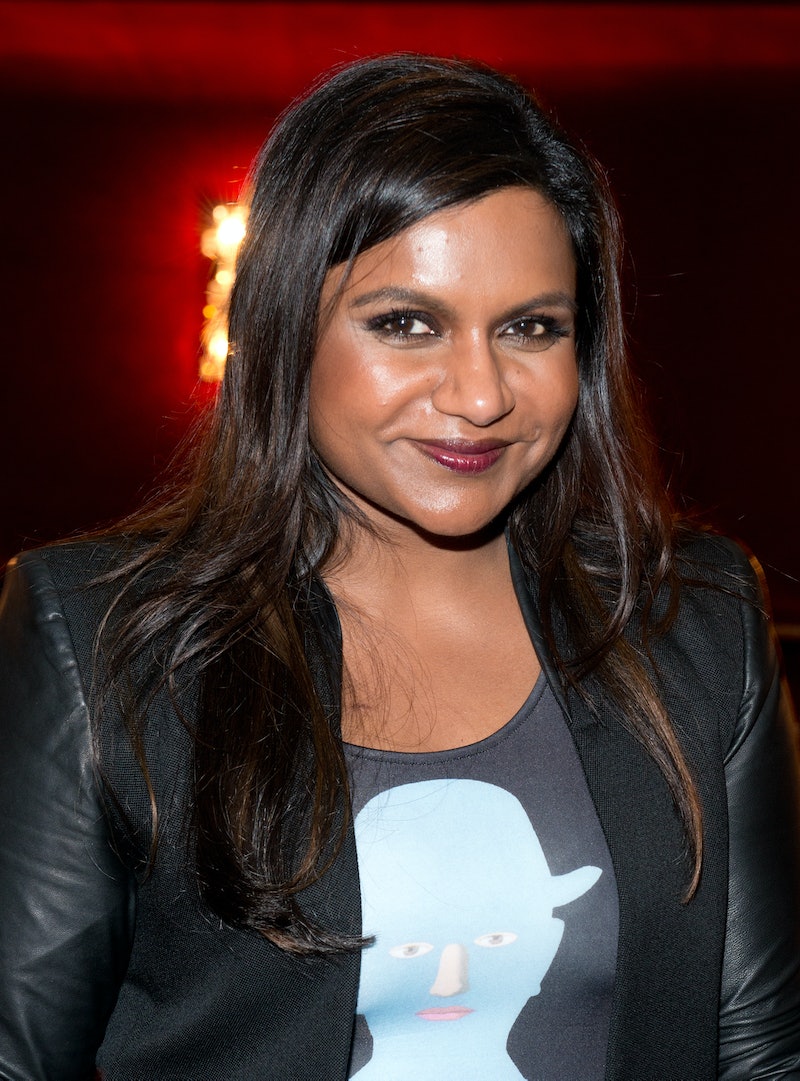 Just on the heels of Lupita Nyong'o's adorable chat with Elmo about self-confidence, Mindy Kaling took a trip to Sesame Street to hang with Elmo and teach him a ten-dollar word of the day: Enthusiasm! And they are both so excited!! Mindy is very 'enthusiastic' about dancing, and she and Elmo have a little dance party, and later, with some chicken friends, they have a little jumping party. It's so cute. Sesame Street is so cute!

But beyond the cuteness, Mindy Kaling is just an enthusiastic person in general, and her genuine excitement about everything she does is disarming. She's got a serious love for fashion, giving her character on The Mindy Project on-point style, to say nothing of Mindy Kaling's amazing wardrobe IRL. Her cast on Mindy is just as excited about the show as she is, always posting great Instagram photos from behind the scenes. And speaking of Instagram, Kaling's is one of the greatest, starring some of our fav comedy stars (her BFF BJ Novak, for one).

Her constant enthusiasm almost distracts from the fact that she is still a woman of color in Hollywood who's super successful, which is no easy feat. Though it seems her rise to the top was a smooth ride, Kaling had career bumps like everyone else, which she talks about in her first book Is Everyone Hanging Out Without Me? But beyond the typical struggles of breaking into the comedy world, Kaling has faced and conquered a different kind of roadblock—making a name for herself as a woman of color in the industry.

She doesn't often discuss her experiences with diversity, but in a South by Southwest panel this year, Kaling confronted the criticisms of her show that questioned its so-called lack of diversity: "I look at shows on TV, and this is going to just seem defensive, but I’m just gonna say it: I’m a fucking Indian woman who has her own fucking network television show, OK?"

Despite her exceeding positivity and endless hustle and hard work, Kaling is of course, one hundred percent aware of the challenges and scrutiny that come with being a woman of color in television. But she still is excited about dancing, and life, liberty, and the pursuit of chicken wings. And that's not easy.