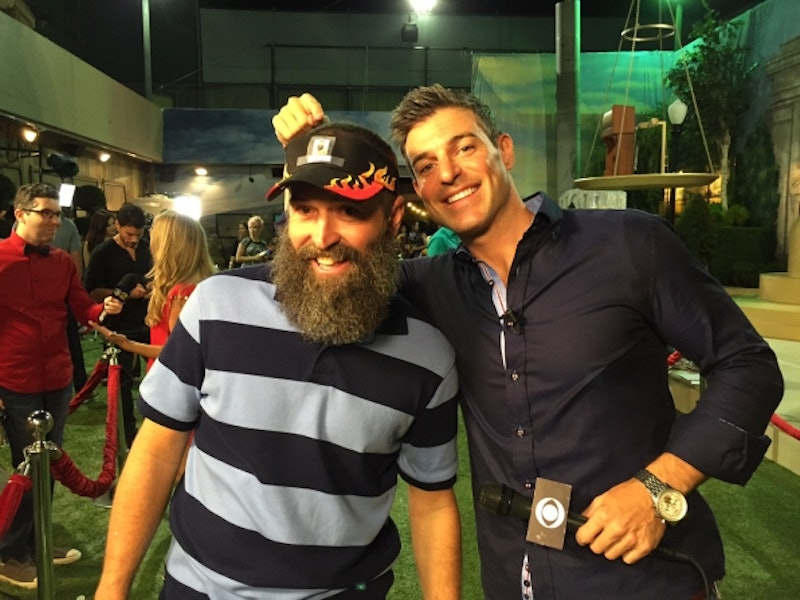 Remember when your heart broke into a million little pieces when Donny was evicted on Big Brother ? But then Julie Chen picked up the million little pieces and glued them back together when she said that Donny was asked to guest star on The Bold and the Beautiful ? Well, now that this season of Big Brother is over, and the houseguests are slowly getting back to their normal lives, I feel like it isn't too much to ask when we'll see Donny back on our television screens, right? "It is going to air toward the end of October," Donny tells me in an interview.

SO. SOON. But what character will he play? Will he be Donny Thompson of North Carolina, or will he be an undercover special-ops military grade Harvard doctor on the soap opera? "Once we got there, they told us we've got to keep it confidential," Donny tells me. So no details on that, but that just makes the anticipation more exciting for when the episode airs, right?

Donny isn't the only houseguest who will be guest starring on the show. At the finale wrap party, Zach spilled that he will also be doing a guest spot on the soap opera, which they were planned to film that weekend. Then, it seemed like Beast Mode Cowboy's — aka Caleb's — dreams of making it big came true, as he posted on his Instagram that he would also be appearing on The Bold and the Beautiful, with "some of the BB16 cast," so just how many Big Brother houseguests are going to be on this episode? I have a feeling that – in true Mean Girls fashion — the limit does not exist.

According to Donny though, he won't be spending too much time in Hollywood. "I reached out to my supervisor yesterday," Donny tells me on returning back to his job within the groundskeeping department. Supervisor, if you're listening, you'd be lucky to have him!

More like this
What’s New On Netflix: Lana Condor’s Ghostly Comedy & A Sexy Reality Series
By Arya Roshanian
Here’s Everything Coming To & Leaving Netflix In July
By Grace Wehniainen
Paramount+ Wants To Take Over Your Netflix
By Sophie McEvoy
What’s New On Netflix: The Return Of 'The Umbrella Academy'
By Arya Roshanian
Get Even More From Bustle — Sign Up For The Newsletter