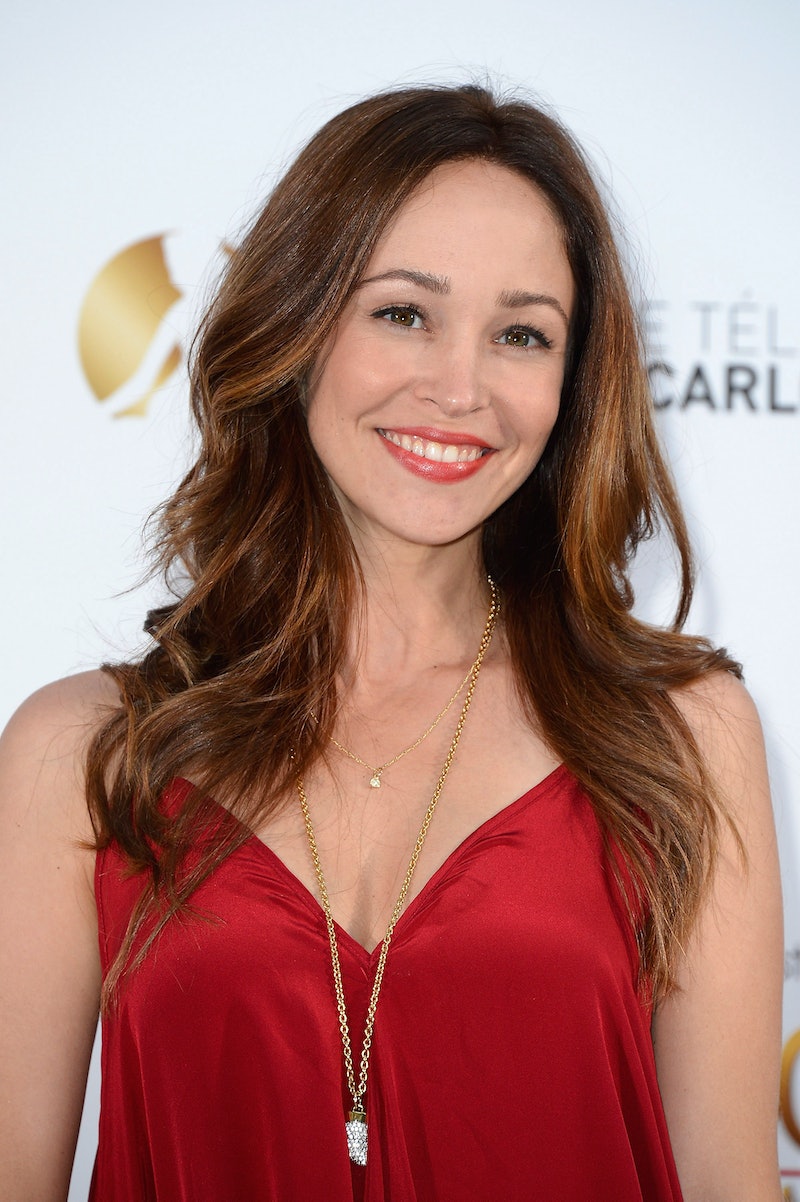 Welcome to Bluebell, bitch. The new season of Hart of Dixie, while it's still months away, is finally starting to take some shape with this big casting news. Last week Autumn Reeser revealed that she'd guest-star in the Hart of Dixie Season 4 finale with an adorable photo of herself the series' star, Rachel Bilson. And now we know exactly who she'll play — on Tuesday night, TV Line confirmed that Reeser will play "Zoe 2.0" Olivia Green on Hart of Dixie Season 4. I'd hate to say I told you so, but I actually did tell you so.

As of now, what we know about Olivia Green from the previous announcement that Dixie was trying to cast the role is that she was supposed to be "a very attractive, fashionable, quick-witted, New York attorney struggling to make sense of life in the quaint Alabama burg." Which still remains part of the character's description for the new season, but now we know, thanks to Reeser's photo, that Olivia will appear in the Season 4 finale.

So, what does this mean for Hart of Dixie and for the series' main characters that she'll obviously be entangled with? Well, for starters, it could potentially mean a GREAT thing for Dixie fans that are fearing that Season 4 will be the show's last. But I'm not so sure how Olivia Green's presence will go over with everyone in Bluebell.

I get the feeling from Reeser's casting that Dixie's run is far from over. I mean, when Taylor Townsend was introduced to The O.C., it still got two more seasons, even if they weren't very good. But, The CW is doing its best to make sure we know that Dixie's 10-episode order for Season 4 has nothing to do with a loss of faith in the series, it has to do with Bilson's pregnancy, and it's absolutely no indication that Dixie will be cancelled.

So, why do I think Reeser's casting means that Dixie is building itself to last? Aside from having a great cast already and a huge following of former-O.C. fans, the idea of an O.C. reunion with Reeser and Bilson is going to draw the remaining lost O.C. fans out of the woodwork and into Bluebell. It's a recipe for success.

While Reeser's casting could potentially mean great things for this series, it might not mean great things for Zoe. With a new NYC import coming to Bluebell, that means that Zoe isn't the new girl on the block anymore. Which, even though she tried to escape it, is kind of an important part of her character. Now Zoe's put in two different positions — she could embrace Olivia and teach her the ropes as someone who's "been there" in Bluebell or Olivia could become her sworn enemy if she ends up going after Wade. The relationship struggle in Bluebell is always so real.

Lemon's calmed down since Zoe moved to Bluebell back in Season 1. So I really can't see her hazing another newcomer just because she's not a Bluebell native. I can, however, see her possibly making friends with Olivia Green now that she's a businesswoman herself. Lemon could really use a new friend that's as quick and sharp as she is — it's also entirely possible that this pair met on that singles' cruise Lemon's grandmother sent her off on during the Season 3 finale. Just saying.

Here's the thing about the casting of a new lawyer on this show, I have a strong feeling that Reeser's Olivia Green won't have anything to do with Zade at all. In fact, I think she might be coming down from NYC for George — considering George spent time in NYC before coming back to Bluebell to marry Lemon. It's entirely possible that Olivia and George know each other from NYC and now that Tansy's rebuked George's advances so many times, they've reconnected and she's come down to try to join him in Bluebell. Dixie loves doing this type of thing — I mean, look at how Joel was introduced to the series in Season 3. It's entirely possible that this is a new love interest for George.

Is Wade ever really affected by anyone? But here's a twist you might not see coming — Reeser's character could be hired by the company that tried to franchise the Rammer Jammer to sue Wade for breach of contract. That'd add some drama to Season 4 if the first nine episodes of the season are all about Zoe and Wade getting back into the "honeymoon phase." Slap some drama on in the finale and Dixie puts itself right in position for a fifth season.

More like this
'Succession' Season 4 Could Be The Show’s Last
By Kadin Burnett and Gabrielle Bondi
Everything To Know About The Bear Season 2
By Brad Witter
What’s New On Netflix: 'Stranger Things' & 'Mean Girls'
By Arya Roshanian
Vanessa Hudgens Proves She's Always A Wildcat At This 'High School Musical' Location
By Alyssa Lapid
Get Even More From Bustle — Sign Up For The Newsletter