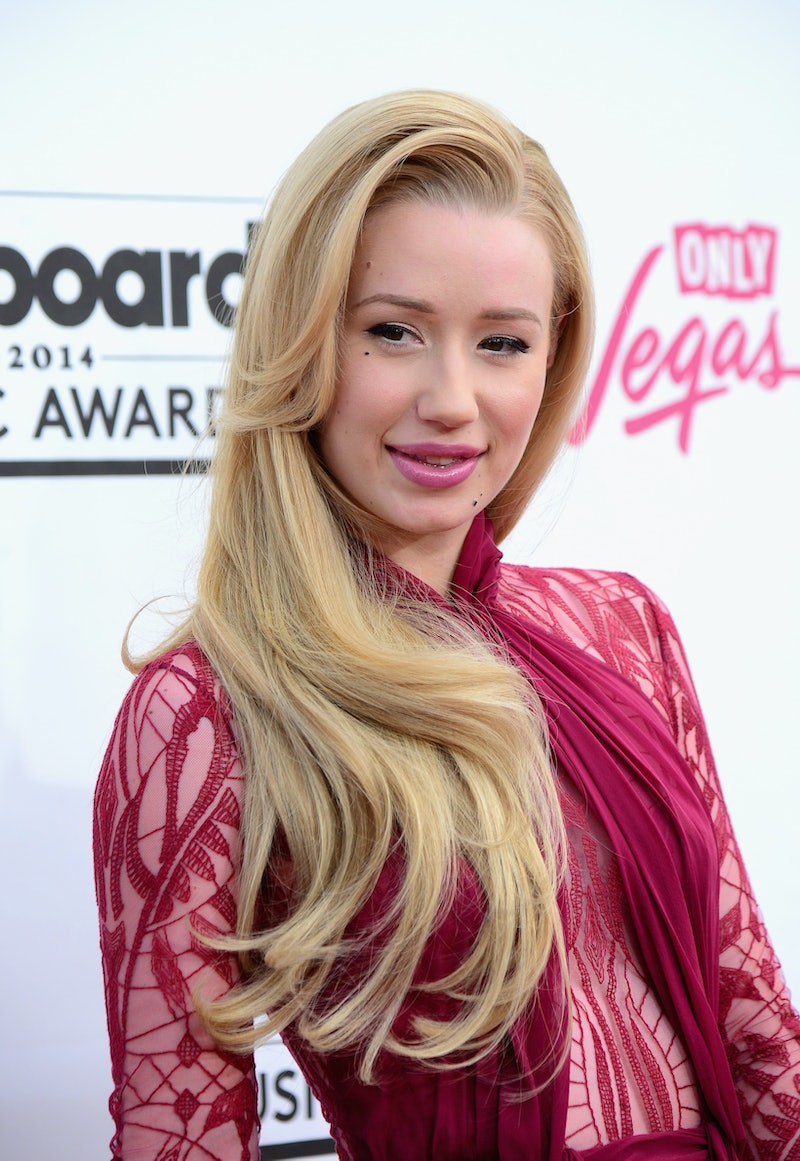 As pop culture Halloween costumes go, you’ve really got to keep up with the times, and when looking at the 2014 year in review so far, one idea stands out. I’ll give you a clue… you already know how fancy she is. Duh, an Iggy Azalea Halloween costume. With these Halloween pop culture allusions, you’ve really got to strike while the iron is hot. And when it comes to Iggy Azalea right now, nothing is hotter.

Think about it. If the year belonged to anyone beyond Ariana Grande and her alleged “diva” tendencies, it’s easily Iggy Azalea. She defined the summer with “Fancy,” and gave us all the Clueless references we’ve been yearning for. She collaborated with everyone and their half sister, from Ariana Grande, to Rita Ora, to Jennifer Lopez. Most importantly, she consistently blew us away with her sartorial choices. Half of the fun of watching an Iggy performance or video comes from her winky outfits. Those irreverent cheerleader costumes, the VMAs dress that vaguely resembled the Chrysler Building, the Showgirls style outfits in "Change Your Life." Her outfits consistently show her sense of humor and a deep appreciation for camp.

This is where your Halloween costume comes in. Here's how you can create some of Iggy's most memorable looks for Halloween.

Sure, it's essentially a Cher Horowitz costume. However, there are ways to do it Iggy style. You can start by layering a yellow crop top, like this one from Boohoo...

...underneath a pink fishnet top, like this one from KurveShop...

Pair it with a white faux fur skirt from NastyGal...

And presto! First thing's first, you're the realest.

To recreate Iggy's Nomi Malone look from Showgirls in her "Change Your Life" video, first thing you'll need is a body stocking, like this one from All About Dance. Just make sure you choose underwear that matches your skin tone to wear underneath.

And top off your look with a plume of ostrich feathers, like this one from eBay.

Azalea channels a gaudy showbiz mom from Toddlers in Tiaras in her "Murda Bizness" video, and you can too. I mean, not like you'd want to in real life, but you can be Iggy being that person. Start off with a blue suit, like this one from eBay.

Throw over a snow-leopard print vest like this one from Etsy...

Make sure you have a graphic-printed blouse like this one from eBay. Break all fashion decency rules.

Complete the tack with these '80s clip-on earrings from eBay.

Recreate Iggy's rebel cheerleader by picking up a cheap shell and skirt, like this top from Epic Sports...

And this bottom, also from Epic Sports.

Go to town with some iron-on letters from Etsy.

Top any of these off with a blonde wig, like this one from Party City...

And you're officially the new classic.