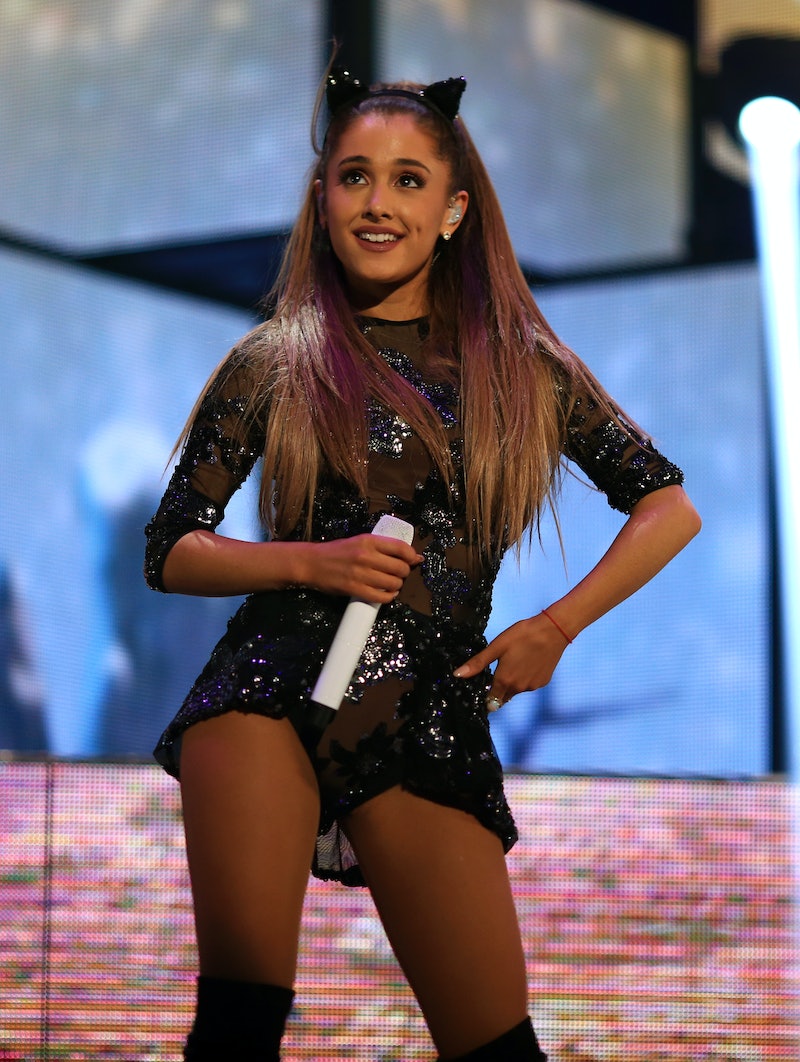 It's another day, which means it's time for another story about what a huge diva that Ariana Grande is. Considering Grande is basically the next generation's version of Mariah Carey, it should come as no surprise to everyone that, like Carey, she is the subject of a lot of diva rumors. It doesn't really matter if they're true or not. Carey will always be a bigger diva than Grande, probably, but the word diva will be permanently attached to both of them from now on. Of course, there are aspects of all of the rumors about Grande that sound true, just based on what we know of her from the past. However, other aspects of the rumors are just plain insane. Take for example the rumor that Grande's life coach quit over her diva behavior.

The story comes from Page Six, which means that it should be taken with a grain of salt, but they at least already have a second source who claims that this is just a disgruntled former employee — choreographer, not life coach — who is making up stories to discredit Grande. However, the idea that Grande's diva status has reached such a level that members of her team are quitting just makes it all the more noticeable that these rumors are getting steadily more insane. At this point, which rumors are the most mild and innocuous and which are the most crazy and unbelievable?

I'm glad you asked, because I ranked them for you.

7. Photograph Her Left Side

Apparently, Grande only likes to be photographed from her left side because that's her good side. Quite honestly, this is the truest thing I've ever heard of considering the massive amounts of photos we have of her posing on her left side. However, is there really anything wrong with knowing how to work your angles? I don't think there is. This is definitely the least crazy rumor/behavior we've heard about Grande.

According to numerous outlets, the real reason that Sam & Cat was cancelled was due to behind-the-scenes feuding between Grande and Jennette McCurdy. The proof is in the fact that McCurdy posted a TwitLonger about faux friends and getting rid of such a toxic influence in her life, one that many people took to be about Grande. She also had an alleged spoof of Grande on her web series, What's Next for Sarah?, called Gloriana. However, it's generally agreed that McCurdy's issue was with Nickelodeon and possibly about the fact that Grande was getting paid more per episode than her, so this diva rumor isn't that bad.

Back when Victorious was still a thing, Grande criticized Victoria Justice for wanting to go on a solo tour that resulted in the cancellation of Victorious. Justice fired back with a tweet criticizing an anonymous person for throwing her under the bus to look good. Since we all allegedly know that Victorious was cancelled simply to get Grande and McCurdy both free to do Sam & Cat, it's unclear why Grande would try to blame the whole thing on Justice to begin with. Either way, this behavior still isn't as bad or as crazy as the rest.

The rumors of Grande's diva behavior really caught fire when Grande allegedly snubbed a fan at a meet and greet. According to the story, the fan handed her a picture and Grande just walked away without saying anything. Grande argued that it had been a picture of herself and her grandfather, whose recent passing made her need to leave quick before anyone saw her crying, but the father of the fan alleged that Grande was misbehaving before she ever saw that picture. He even added that she made fans delete photos they took of her at the meet and greet. This he said-she said situation was the turning point that gave these diva rumors some real juice.

According to an Australian photographer, Grande was in top diva demand mode during the photo shoot. She allegedly wanted to see every photo that he took, left early to change her top, and even had her security try to get the photographer to delete all the pictures he had taken of her up to that point. Grande says that she left to change her top and when she came back the photographer had left, but that really doesn't explain the rest of the alleged tales about her behavior. This was when things started getting cray-cray.

The most recent Grande news, that she's such a diva that not even her life coach wants to work with her, is kind of insane. Exactly what has she been doing that's so bad that even her life coach had to wash his hands of her? Was he sick of her left-side photographs and high ponytail? Was he sick of her mouthing off to photographers and earning more than her co-stars? Publicly, Grande has done nothing but prove she's as sweet and doting as ever, so I'd really like to hear what her former life coach found so unbearable that he quit.

The most insane, and least believable, Grande diva rumor is the alleged incident where Grande said she wanted her fans to die as soon as she entered an elevator. If there is one thing Grande loves, it's her fans and this is one story that you need audio or visual proof of before you can expect anyone to believe it. I mean, really. Say what you want about Grande, but leave her fans out of it.

More like this
What Is Ariana Grande's Net Worth? When It Comes To Money, She Has No “Problem”
By Hugh McIntyre
Freddie Flintoff’s Wife Has The Cutest Nickname For The Famous Cricketer
By Frances Stewart
Watch Emma Raducanu’s Incredible Response To Her Early Wimbledon Exit
By El Hunt
Adele Says It Would Be “Wonderful” To Have Kids With Boyfriend Rich Paul
By Jake Viswanath
Get Even More From Bustle — Sign Up For The Newsletter