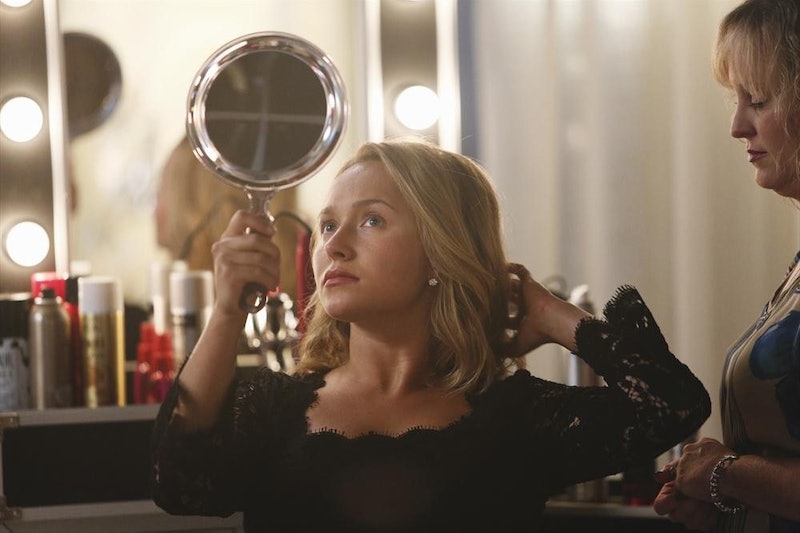 Life would be too easy if the writers of Nashville revealed the father of Juliette's baby right off the bat. So while we continued to bite our nails and writhe in agony for the entire episode, we could only hold to what we knew so far: conveniently enough, Juliette had only had unprotected sex once in the past few months, and it was with Jeff Fordham. So she obviously thought the father was Jeff. We also know that this pregnancy has apparently driven her off the deep end, and that there is something magical in the fetus' DNA that is making her really, really good at playing Patsy Kline. (Or more likely she's just talented as all hell.)

But PRAISE THE NASHVILLE WRITERS, because I'm on Team Avery for this one (that new waitress can keep her hands off of him, please and thank you), and the way they leave it, it looks almost certain that the baby is his. So the question is: will knowing that it's Avery's baby affect Juliette's decision to have an abortion? When the episode ended, she was about to have the abortion, but then became extremely emotional once she realized that she was wrong about Jeff being the father.

It's interesting that they're bringing up the possibility of abortion on the show, when we all know that Hayden Panettiere is, in fact, quite pregnant in real life (and it's a girl! MINI HAYDEN!). That means they will likely have Juliette remain pregnant, so they can stop hiding Panettiere behind random objects to avoid showing her real-life pregnancy. In the meantime, I'm just thanking my lucky stars it wasn't Jeff's baby, because the way he casually walked past Juliette and told her she was "packing on a few pounds" made me want to pack a few pounds of my fist into his face.

So will she continue the pregnancy? (Mostly likely yes.) Will she decide to tell Avery? (That would be too easy.) Will she torturously keep him in the dark for half the season and drive us all off the deep end?

Only time will tell — and if this is going to go down the way I suspect it will, then we have plenty of time to wait.

In the words of Avery and Juliette: GOOD! GREAT! FINE! AWESOME!