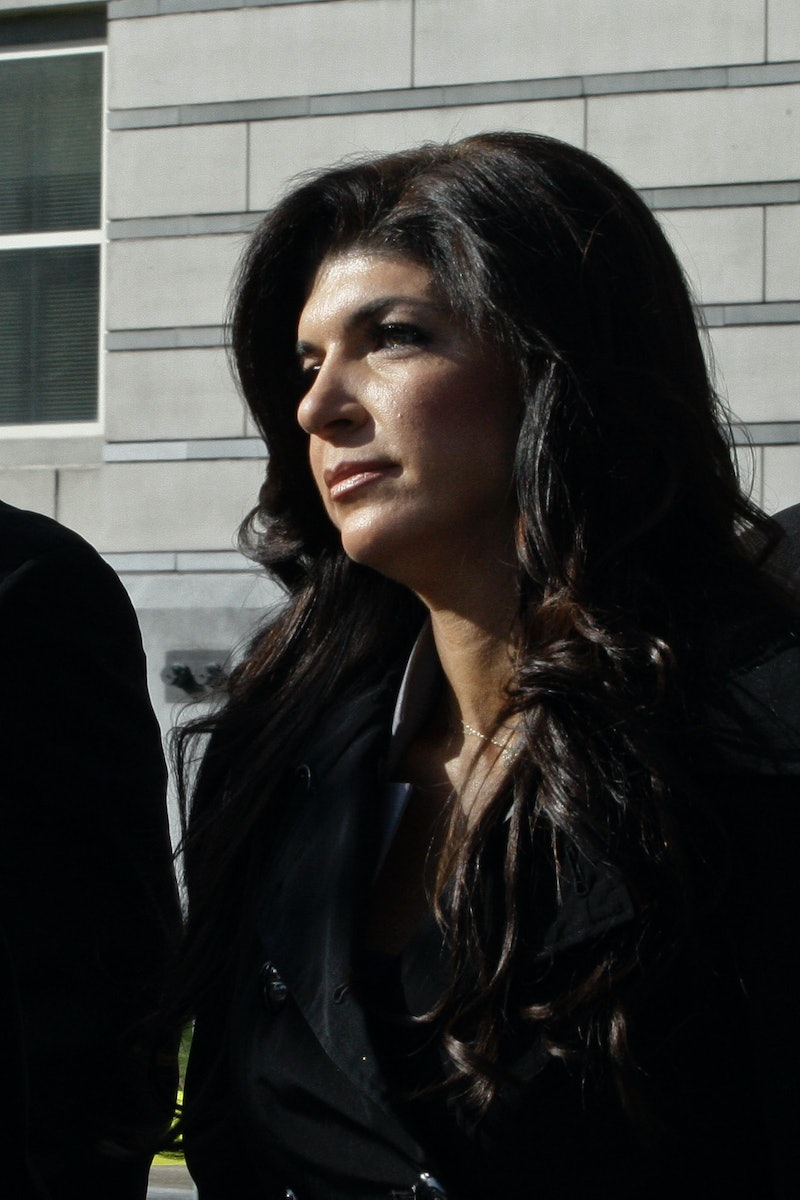 Well, that was quick. Shortly after announcing a party to promote her Fabellini wine brand, The Real Housewives of New Jersey star Teresa Giudice has canceled her appearance, which was originally scheduled for Oct. 8. Continuing to push her personal products didn't seem like the smartest decision for Giudice, who was just sentenced to 15 months in prison, but I speculated that her commitment to work was simply a way to show strength for her children. Canceling this event could mean she's considering another way to accomplish that.Per Deadline, Giudice tweeted: "Hi, I just want to be clear there will be no Fabellini appearance this week." Although she offered no specific reason as to why the event was suddenly canceled, could public backlash have played a role? Except for some compassionate statements made by Bethenny Frankel and Jill Zarin, the mother of four hasn't received much sympathy since she and her husband were first indicted on wire fraud, tax evasion and several other federal offenses in 2013, which is completely understandable considering the severity and selfishness of their crimes. Overall, it appears that the general consensus is that the Giudices deserved jail time, but the planned wine party appearance probably didn't do much to diminish the impression that the reality star isn't taking her current legal situation seriously. Up until now, she's pretty much stuck to her normal routine, particularly after stating the court case wouldn't stop her from working.

On the other hand, maybe the reason for cancellation was more close to home. Recent tweets shared by the Giudices' oldest daughter Gia sounded heart-wrenching enough to grab the attention of any mother, so could they have caused Teresa to shift her priorities? For now, the answer remains unclear but with Teresa already agreeing to participate in the Season 6 reunion taping, maybe she should skip promoting her personal brand and stick to professional obligations that are directly connected to the Housewives.