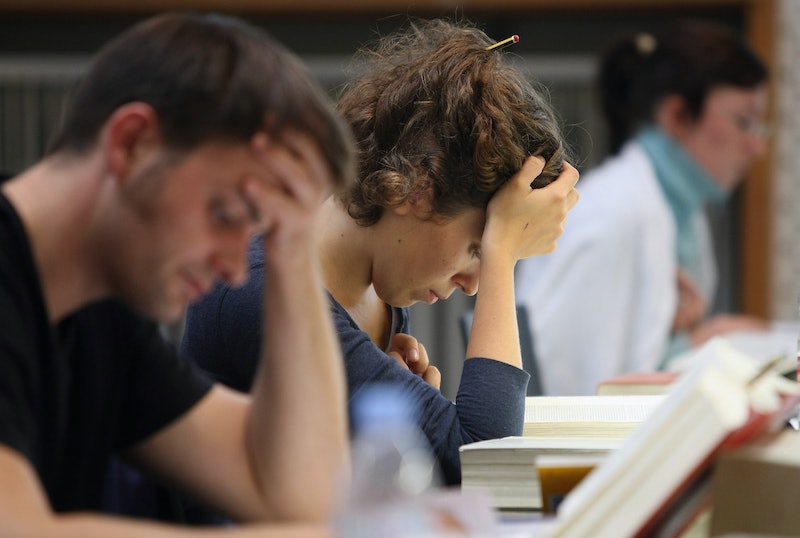 Last week, in response to a lawsuit filed against the school, Emerson College said it had no legal responsibility to protect students from rape. The suit, filed by a female student who alleges she was raped on campus last year by another Emerson student, asserts that Emerson's mishandling of her rape case worsened her depression, PTSD, and academic performance and caused her to leave the school. In response, Emerson's attorneys Harold Potter Jr., Paul Lannon Jr. and Katrina Chapman wrote in a statement, "absent unusual circumstances, there is no duty for a school to protect others from the criminal or wrongful acts of third persons" and motioned for a dismissal of the case.

So lets get this straight, Emerson. If a student enrolled in your university brings to your attention an assault that happened on your campus, you can't possibly be held legally responsible. Even though "sexual violence, coercion, or harassment" all violate the Student Code of Conduct? Even though your Sexual Misconduct Policy says that "Members of the community (including faculty, staff, and students) are expected to inform the College if they believe another member of the community has engaged in discrimination or harassment on the basis of any legally protected characteristic, including but not limited to sex"? Even though the same policy paper later details "Upon receipt of a report, the College will provide interim support and reasonable protective measures to prevent further acts of misconduct, and to provide a safe educational and work environment"? Because dismissing a suit where a student is seeking justice for both physical and mental damages sure doesn't seem like y'all are trying to foster the safest environment.

When Bustle contacted Tiedmann, VP of Communications at Emerson College for a statement, he redirected us to an e-mail sent out by Emerson College's President Lee Pelton to the Emerson Community earlier today. Pelton's letter asserted that the Huffington Post go it all wrong and that "An unbiased article would have described the College’s arguments asserting that it is not legally liable as the lawsuit claims." He also wrote:

The editorial staff at the Emerson College newspaper, The Berkeley Beacon, also came out in defense of the college's response to the case and wrote that, since the legal document was written by an outside law firm, it should not be taken personally by Emerson students or even the student who pressed charges. Many students seem to think otherwise. Willie Burnley Jr., a junior at Emerson and the editor-in-chief of Emerson's only feminist publication, told Bustle that the Beacon article misses the point entirely. "The Beacon Board put out an article defending the school by saying that their move to dismiss the case and their argument was made by a law firm and that this is not personal," Burnley says. "However, I don't think that changes anything. It is personal for the person that was violated, she was an Emerson student, and Emerson College is going along with every word that the law firm put out because they want to save their own neck."

Jasminne Young, a senior journalism student at Emerson, took issue with the response issued by Tiedmann, who argued that while Emerson is "unequivocal in its commitment to prevent sexual assault" it also seeks to protect itself from unsupported claims. Young said to Bustle, "When the dean of students refers to 'Emerson's College's commitment' to sexual assault prevention, he's referring to the faculty and staff that are responsible for monitoring student life. But in my opinion, most of that 'commitment' and action towards prevention comes from the students and not the faculty and staff of Emerson. And this is where the problem lies. Without actions to support your claims, how can student's believe in or support Emerson's decision to dismiss the lawsuit?"

Junior acting major, Cora Swise spoke to Bustle and took the issue on from a different standpoint, setting aside issues of legality for a second to talk about the implications this has for people who have been sexually assaulted and people who rape: "... an institution that aims to educate, enrich, and shape young adults into well-rounded individuals ready to enter the world is essentially saying that sexual assault is just sort of a thing that happens and that institutionalized prevention and/or response procedures are not a legal obligation," she says. "As anyone who has been a victim can tell you, having your claims ignored is almost as painful and disturbing as the assault itself. Failing to take immediate action only tells the attacker that what they did is, in some way, excusable, which it is not. Rape is a crime, just like murder is a crime, just like robbery is a crime, just like fraud is a crime. Treat it as such and take responsibility."

If safety should be at the center of student life, Emerson is not doing a very good job of protecting students. While I am proud to be an Emerson Lion and am privileged to receive an education from a place with some amazing facilities, professors, and resources, I am not proud that my 50K+ worth of tuition and expenses are being allocated to those who are not interested in protecting my classmates and me.