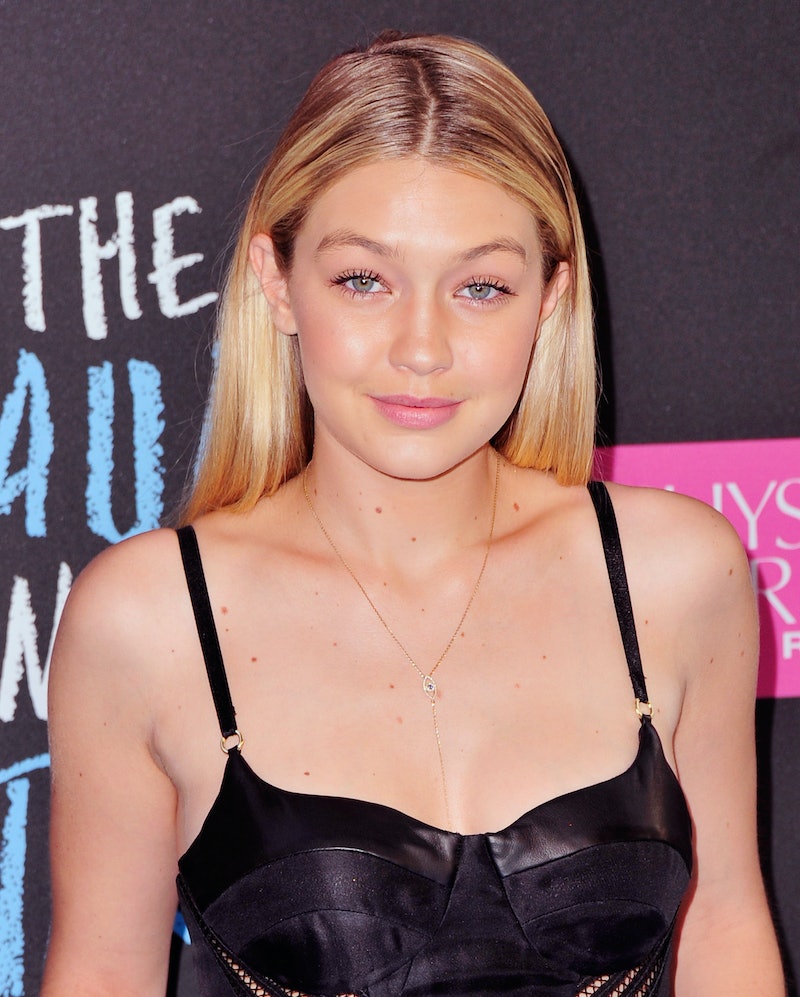 There are a lot of young celebrity couples that bounce back and forth between being just friends and something a little more, but this is not one of those times. Gigi Hadid and Joe Jonas are not dating, are not a couple, do not want to kiss each other's faces, so everyone can let out that deep breath I know they were holding onto. In a statement made to Just Jared, a representative for 19-year-old model Hadid said, "They’re just friends and have been for years. Gigi is 100% single and focusing on her career. Anything to the contrary is absolutely false." Let me tell you guys something, being focused on your career is a good thing to be.

You may remember that we covered this possible budding romance a few weeks ago when the rumor mill started to churn out sweet nothings about the status of this Jonas-Hadid tryst. And then we were like, wait, how did these two meet and is there a crazy love triangle happening with the younger, hotter, and arguably more successful Nick Jonas? These rumors started swirling through the air and hurling into our unsuspecting faces after Jonas and Hadid were seen taking the same car to a Kings of Leon after party. Hadid had parted ways with Cody Simpson, Jonas split with Blanda Eggenschwiler, and the time was ripe for new love, right?

Wrong! We were all wrong! And it's so good that we were wrong because this young lady is a model who is focusing on her career. She's in the business, she's attending concerts, she's hanging out with other young people, and she is focusing on her career. We need to be able to let her do that. We need to stop seeing two people in a car and yelling, "LOOK AT THOSE TWO LOVEBIRDS, WHEN ARE YOU MAKING BABIES?" They aren't making babies, they're just friends, and she's in the celeb business to make bank looking pretty and making other things look pretty. It's a hard job, but someone has to do it, and she's all in.

Let's take a quick peek at another relationship that flip-flops more times than I can count. Justin Bieber and Selena Gomez are stirring stuff up again now that Bieber had dinner with Kendall Jenner, and Gomez probably pouted at some event and unfollowed the Bieb on Instagram. All of this nonsense makes my brain hurt. But let's think back, when's the last time you heard something about Gomez that had to do with her career? Why do we hear more about her love life than we do about the latest projects she's working on? She's a talented singer, but you wouldn't be able to tell from the last few years of all of this Bieber tomfoolery.

This is why Hadid focusing on her career is a good thing. Sure, she can date people and do whatever she wants with whomever she wants as long as it's all consensual and paparazzi'd and whatnot. But the fact that she's saying she's here to work first and play later is commendable. If more focus was put on women in the industry who say the same, I bet more of us non-famous ladies would stop getting asked when we're going to find a husband and start being asked about the moves we're making in our careers, too.