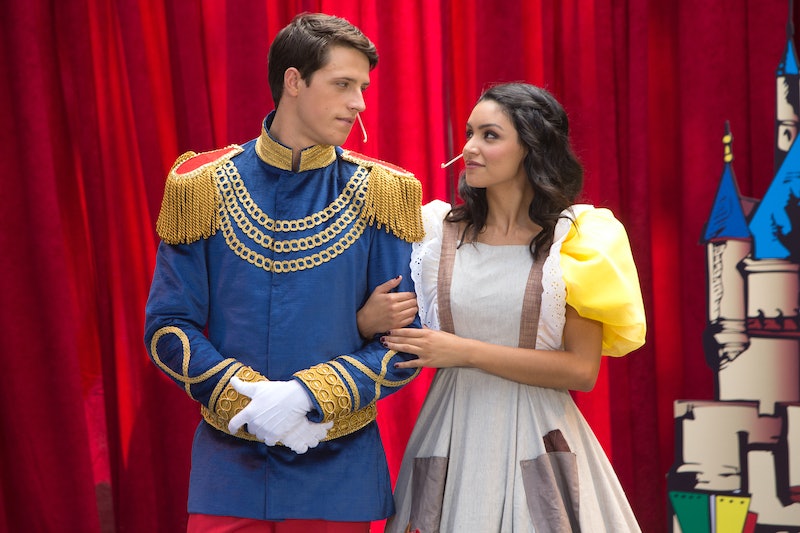 In a Tuesday night chunk of TV that already includes the likes of Awkward (about a girl whose school once mistakenly believed she tried to commit suicide) and Faking It (about two girls whose schoolmates mistakenly thought they were lesbians), MTV premiered Happyland , which isn't actually about incest, though the media mistakenly thought that when it was revealed a brother and sister may have kissed. Thankfully, that's not the focus — if incest was the main focus things were going to get real awkward real fast. The show's actually about an amusement park of the same name, and what goes on behind the scenes with the staff working there. And yes, Lucy and Ian happen to make out (but just a little), and then it turns out they're long lost brother and sister... maybe. But before we worry about witnessing anyone awkwardly 'shipping these two, let's worry about the big picture: will Happyland have a Season 2 or be canceled?

Short answer: probably not right away. If this were a show airing on the networks, it might have already been canceled. Heck, it probably wouldn't haven't been picked up for a full season considering the phrase "brother and sister kissing" might have been included in the initial pitch. But this is MTV we're talking about. They don't have to play by the same rules that the big networks abide by. Considering the legions of fans Awkward has already accumulated, the same ones that are sticking around for Faking It, Happyland probably seemed like a safe bet for the network. Also, the show is pretty good, if I do say so myself — I spent three years of my life working at an amusement park, so I can totally relate to that part of the show.

Happyland was picked up at the same time as Faking It, but didn't go into production until this past summer. Eight episodes were ordered, and I know that might not seem like a whole lot, but it's the same number Faking It had during its first season, too. Besides, lots of comedies do well by starting out with short seasons. Just look at HBO's Silicon Valley, which started off with eight episodes. People loved that show. A small order of eight episodes is no indication that it's doomed to fail.

The ratings, however, might be. The initial overnight ratings for Happyland weren't great, but they also weren't horrible for cable. It debuted with 432 thousand viewers, which is modest compared to Awkward's 1.6 million. And hey, there's no way it was ever going to draw in Big Bang Theory-level viewers. Based on their past scheduling patterns, MTV isn't going to cut off Happyland in the middle of eight episodes.

The renewal is the hard part: While Faking It faced some similar prejudgement, it hit 1.4 million viewers, trailing closely behind Awkward's solid showing. And Happyland is nowhere near that.

So while there's no guarantee of anything further, at least fans are likely to get a full season of Happyland — hopefully with more weird Josh Groban cameos. A decision for the next season probably won't be made until the season finale, and maybe, by that time, we'll all be able to forget that it all started out with a brother and (maybe) sister accidentally making out.