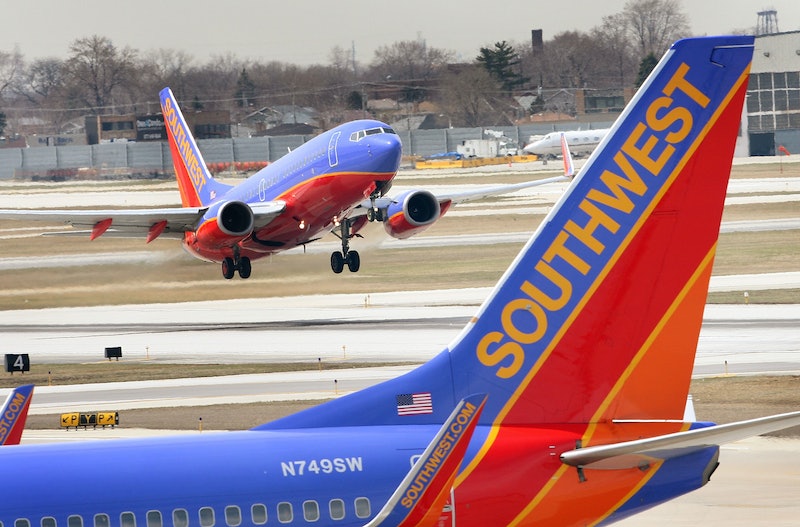 With fears of Ebola at an all-time high, authorities are sparing no precautions when it comes to sick airplane passengers. Early Monday afternoon, Southwest Airlines had an Ebola scare of its own when a passenger became ill and exhibited Ebola-like symptoms on an Orlando-bound flight. Fears were heightened when the passenger told crew members that he had recently traveled to West Africa, where Ebola has showed no signs of slowing since the initial outbreak in February of this year.

In dealing with the situation, the airline followed protocol flawlessly, notifying the Centers for Disease Control and Prevention immediately. CDC officials alerted and gave directions to first responders in Orlando, who subsequently isolated the passenger and removed him from the plane. After a complete medical examination, medical personnel determined that his symptoms were not consistent with those of Ebola, and he was released. It was also discovered that the passenger had also visited Kenya, not West Africa, in August, further alleviating Ebola concerns. Shortly thereafter, the rest of the passengers were also allowed to disembark the aircraft, which originated from Houston.

Thus far, Ebola has claimed nearly 3,500 lives, and without a viable cure or vaccine in play, the world is growing increasingly concerned about the potential of a global outbreak. While Ebola would likely be able to remain contained in more developed Western nations, the disease is not one to be taken lightly. On Monday, a Spanish nurse became the first individual to be infected by person-to-person contact outside of Africa, and this latest case has certainly eliminated any facade of invincibility that non-African nations may have held up about the spread of the disease.

To make matters worse, Thomas Eric Duncan, the Liberian national who became the first person to fall ill with Ebola in the United States, has reportedly taken a turn for the worse. On Sunday, director of the CDC, Thomas Frieden, told reporters that Duncan was "fighting for his life." While all three of the other Ebola patients who have been treated in the United States have made full recoveries, Duncan's case seems to be more severe than the previous ones.

Following the announcement of his deteriorating condition, officials revealed that Duncan was being treated with another experimental drug called brincidofovir, which is currently undergoing testing for its ability to fight more common viruses, but may also be effective in battling Ebola.

There is also the case of Ashoka Mukpo, the NBC News cameraman who tested positive for Ebola late last week. New reports from Mukpo himself suggest that he may have contracted the disease while washing a car that "somebody had died in." Mukpo believes that when he was attempting to disinfect the vehicle with chlorine, some of the spray-back may have gotten into his eyes or nose, inadvertently transmitting the virus.

Mukpo is currently being treated in Nebraska, and his father, Dr. Mitchell Levy, told reporters Monday, "He's strong and his symptoms are not more advanced then when he talked to us before he left which is a relief."

With the sheer number of cases outside of West Africa that are now being reported on what seems like a daily basis, it comes as no surprise that airline scares like the one on Southwest Airlines on Monday are taken with the utmost care and attention. Moreover, Florida serves as a major hub of activity, especially given its family friendly resorts like Disney World, Universal Studios, and Sea World Orlando. As of 2011, Disney World alone attracted nearly 17 million visitors a year, many of whom come to the United States from foreign nations. Given the close proximity of people in these amusement parks, not to mention the shared surfaces of the rides and other attractions, some Floridians are growing increasingly apprehensive of the chances of Ebola appearing in their state.

When the Orlando Sentinel reached out to these three establishments, none of them would provide any comments on their safety precautions. But in spite of these Ebola scares, officials are urging people to keep in mind that Ebola is relatively difficult to catch, and certainly isn't passed around as easily as say, the common cold or the flu. As NBC reports, "there is no evidence at all the virus could be suspended in the air somehow, or even on the walls or floors."

According to Thomas Geisbert, who specializes in testing Ebola drugs and vaccines for the University of Texas Medical Branch, the real danger of Ebola comes from being too close to an infected person. "Most times, when people get it," Geisbert says, "There’s some kind of defining moment when they have been in close contact with the body fluids of somebody who had it." This means that handling soiled towels, sheets, or clothes may present a problem, which is why Hazmat suits are utilized when dealing with infected environments.

Luckily, however, there still has not been a case of Ebola transmitted in the United States, and with the vigilance being displayed at every twist and turn of this growing pandemic, we can only hope that it'll stay that way.