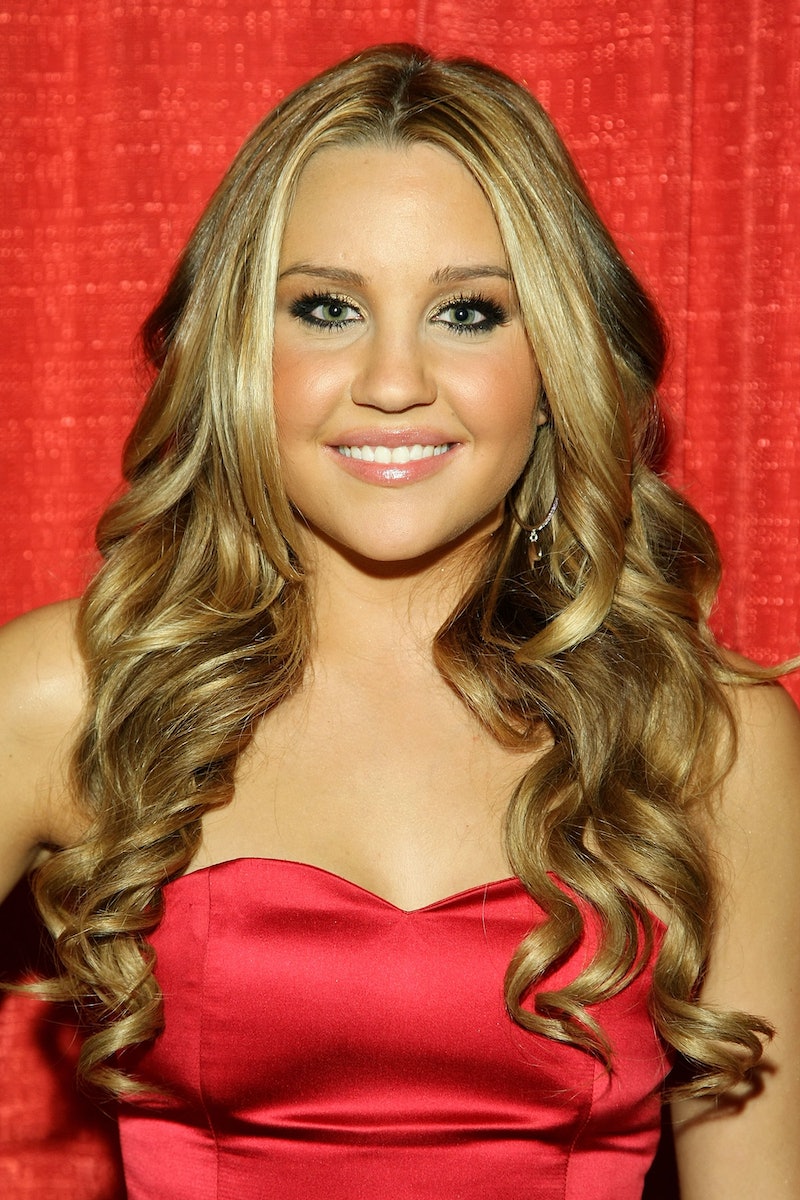 UPDATE: On Thursday afternoon, In Touch Weekly responded to Amanda Bynes' denial of their interview with a photograph of her with one of their reporters and the following message: "After identifying themselves, two of our reporters spent the afternoon with Amanda Bynes on Sunday, October 5. She was aware that they were from Bauer. At one point, she even discussed writing a column for the magazine. Every word of our account is accurate and we hope that Amanda gets the help that she needs."

Amanda Bynes has experienced a resurgence in the papers these days. When the news first broke that Bynes had been arrested for a DUI, it didn't take long for stories to pour in about her erratic behavior leading up to the arrest, including the fact that she was kicked out of fashion school and was randomly engaged. With each passing day, there were more sources, anonymous or otherwise, who were eager to talk about how she has gone off the deep end. It has gotten to the point that the woman herself had to speak up in her own defense. On Tuesday morning, Bynes denied all the tabloid rumors about her, but she shouldn't have needed to.

In the first place, the place that Bynes went to air her side of the story was her Twitter. She hasn't tweeted since May 15, when she posted an adorable picture of "[her] and her sister". In the photo, Bynes was smiling and looking as healthy and happy as we all thought she was until the DUI arrest. The fact that she had to return to social media for the first time in five months in order to defend herself is really sad. To this point, the only tabloids that made an actual effort to print Bynes' own words was In Touch Weekly and their story was no more flattering or positive than any other current story about her mental state.

In stark contrast to the erratic speech she allegedly made in the In Touch Weekly interview, Bynes sounds both coherent and calm in these tweets. She doesn't get off-topic, she doesn't say anything outrageous, and that's more than enough for me to begin to suspect that the rumor that she is engaged is nothing more than a rumor. Just compare the woman who made these tweets to the woman who was recently quoted by In Touch Weekly as saying, "I am very needy for friendship and I hate men. I want to f— them, but I can now say I’m engaged — get away from me. I want to be married and I want to be away from people." Do they sound like the same person?

Bynes made a blanket statement denying all the tabloid rumors about her, which means it's unlikely that she's engaged — or at least that she told anyone that she is engaged. And it's a relief to know that her expulsion from fashion school wasn't an expulsion but a conscious decision to transfer elsewhere. However, even with these tweets clearing up a lot of the confusion, there are still some unanswered questions. Her parents have spoken openly with the media about not having communicated to her in a while and not knowing where she is until the tabloids showed up at their door for interviews, after all. Is that normal for the Bynes family or is there still something going on behind the scenes?

Then again, does it matter? For now we know that Bynes isn't the crazed, drug-abusing mental patient that everyone keeps painting her as to explain her DUI arrest. At this point, it looks like she purely and simply took one too many Adderalls and doesn't plan to repeat that mistake again. Can we take these tweets as the final proof we need to leave her alone and stop only becoming interested in her when we think she's messed up? Forcing someone who has had as positive and healthy a recovery as Bynes to return to social media — one of the things that contributed to her downward spiral — just to speak out in her own defense is beyond wrong.