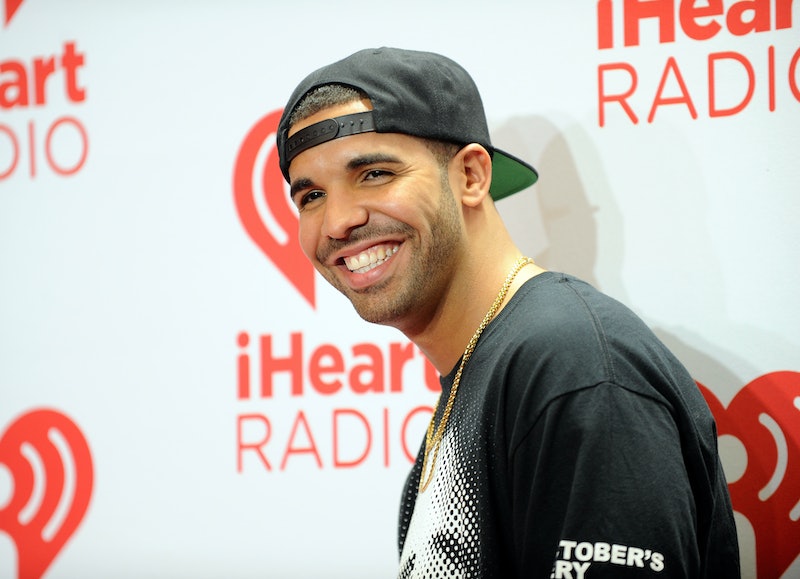 UPDATE: Jhonni Blaze apologized to Drake on a radio show Tuesday morning, saying that she didn't mean to get him in trouble. "I would never talk about nobody and I don’t have nothing bad to say about Drake," she said on Houston's Mad Hatta Morning Show. According to Blaze, Drake never physically threatened to her, but she did get word that some men were looking for her after they had gotten into an argument. She says she never called the police on Drake, but merely called them because her friend had told her the men were looking for her and she wanted documentation on record of the incident.

"I’m not about to exaggerate the story... [We] were just supposed to be friends and we had some disagreements, some things were said, some threats were being made as far as argument and that was it," said Blaze, adding that the timing of her argument with Drake and the men looking for her just seemed "weird". "I did what was right as a woman and just filed a police report for my safety, in case something happened to me. I apologize to the whole staff and whoever works with Drake. I apologize from my heart."

This is a TMZ story, so as with all TMZ stories it should be taken with a grain of salt. Then there's the fact that Drake and his camp have already denied the allegations. But that being said, this is still incredibly disappointing and surprising to hear. It's not that Drake is a perfect angel above reproach or anything. After all, it took two to start that bar brawl with Chris Brown way back when. However, there's a severe difference between a mutual bar brawl between two grown men and this TMZ rumor. Apparently, Drake is under investigation for threatening a stripper and the details are disgusting.

The story states that a "possible celebrity", whom stripper Jhonni Blaze claims was Drake, is under investigation by the Houston Police Department. According to Blaze, she and Drake had sex, but to keep her from talking about it to anyone he texted her "angrily" and his people came to her house and threatened her life. So the threat may not have come from Drake directly, but if it was done on his behalf then he's just as guilty if not more so.

Naturally, Drake has already denied the allegations and it's unclear if he was actually involved. After all, TMZ openly admits that the police report only identifies the culprit as a "possible celebrity", so we have no confirmation from the legal documents that it is Drake that did it. It could have just been a man identifying himself as Drake to throw the scent off his own trail. In the second place, threats against women have never been Drake's M.O. Even the one time he was accused of implying that his ex-girlfriend Rihanna was the devil, Drake was quick to shut that rumor down on his own Instagram page. It would honestly be a surprise to discover that he's really involved in something like this.

Blaze is still considering whether or not she should actually press charges, but I can only hope the House PD manage to track down the culprit and bring him to justice for this. Whether it was Drake, some other "possible celebrity", or a random man claiming to be one of the two, no one should get away with making anyone fear for their lives.