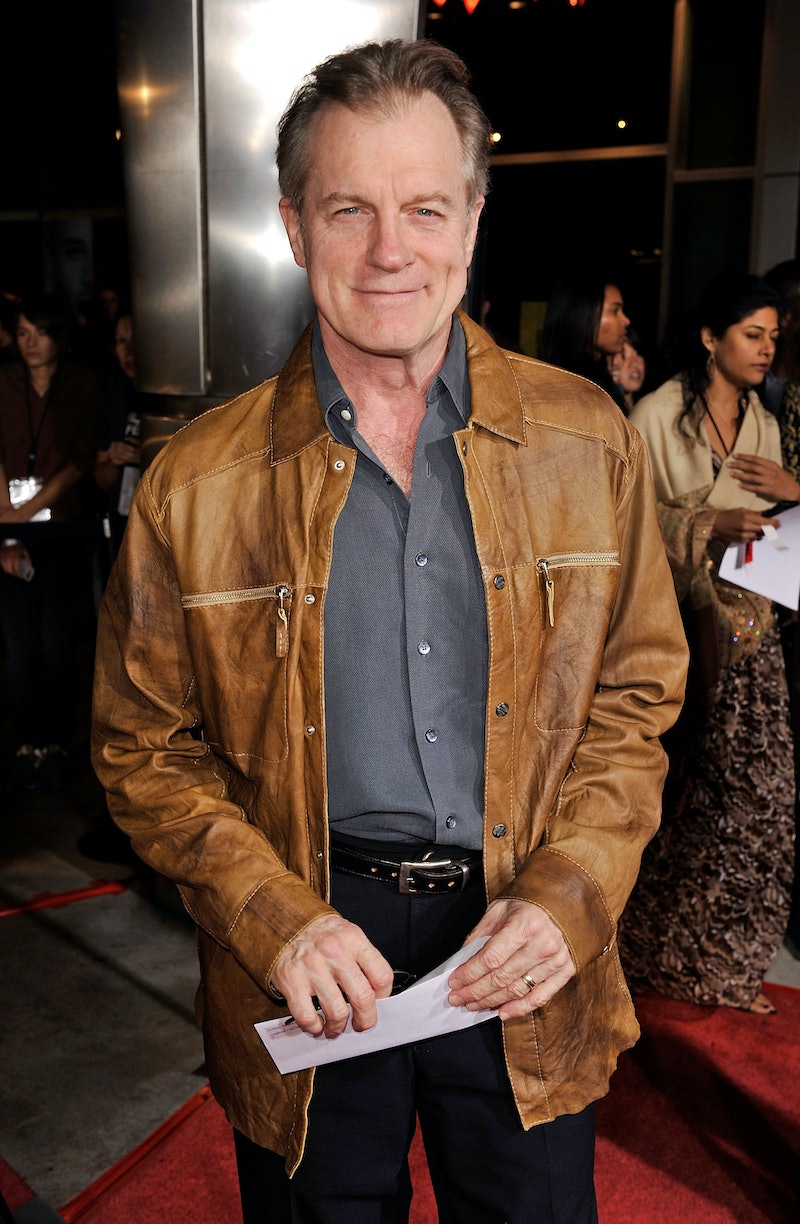 If you're like me, you grew up watching 7th Heaven every Monday night. Over the course of 11 seasons, viewers witnessed the beloved Camden family grow up and go through all sorts of obstacles. It was arguably my favorite show during my preteen years. That's why the news of Stephen Collins' alleged child molestation confession comes as such a huge shock. He played Reverend Camden, the patriarch of the family and the entire church community. His character helped other people solve their problems, but didn't really have any of his own. So if the allegations are true, it's definitely a far cry from the wholesome man he portrayed on television for so long.

Understandably people have a lot of feelings about such news, and the outrage is more than warranted. If it is true (which doesn't seem unlikely, given the fact that there is audio evidence), it's very disturbing, to say the least. Still, sometimes the public's reactions on Twitter aren't always the most tactful. Given the seriousness of the allegations, it's not always the best time to crack a joke or promote your company. Saying someone "looks like a child molester" or "all priests are pedophiles" are ungrounded assumptions and just not appropriate.

Since #7thHeaven was a trending topic on Tuesday morning as the news broke, here are 10 tweets that rank among the worst reactions:

It seems a little too soon for Ebola jokes. Or at least I think so.

This tweet isn't actually offensive. It just makes me upset at the possibility of this ruining the show's syndication forever. (Although I don't know if I could ever look at it the same way now...)

Oh no! Looks like this diamond company made the same mistake as many companies before them: tweeting about a trending topic before seeing what it's about. #PoorTiming

No, no, no. Given the actual leaks of a ton of celebrity nudes lately, this one isn't funny. Plus, Jessica Biel's name is spelled wrong.

Ughhhh. An easy joke to make, but not actually worth joking about.

The show is already ruined. Why taint the theme song too?

Considering everyone is so surprised, I don't think he "looks" like a child molester. Is there a standard appearance of all pedophiles? (I'd guess no.)

I know this is a parody account, but come on. Also a sad reminder that an actual 7th Heaven reunion happened last month.

But that wasn't his role on the show... Far from it.

Ugh, Twitter. Never failing to make light of serious situations. But luckily, most of the responses (besides the ones above) have been filled with disgust and disappointment, not insensitive humor.