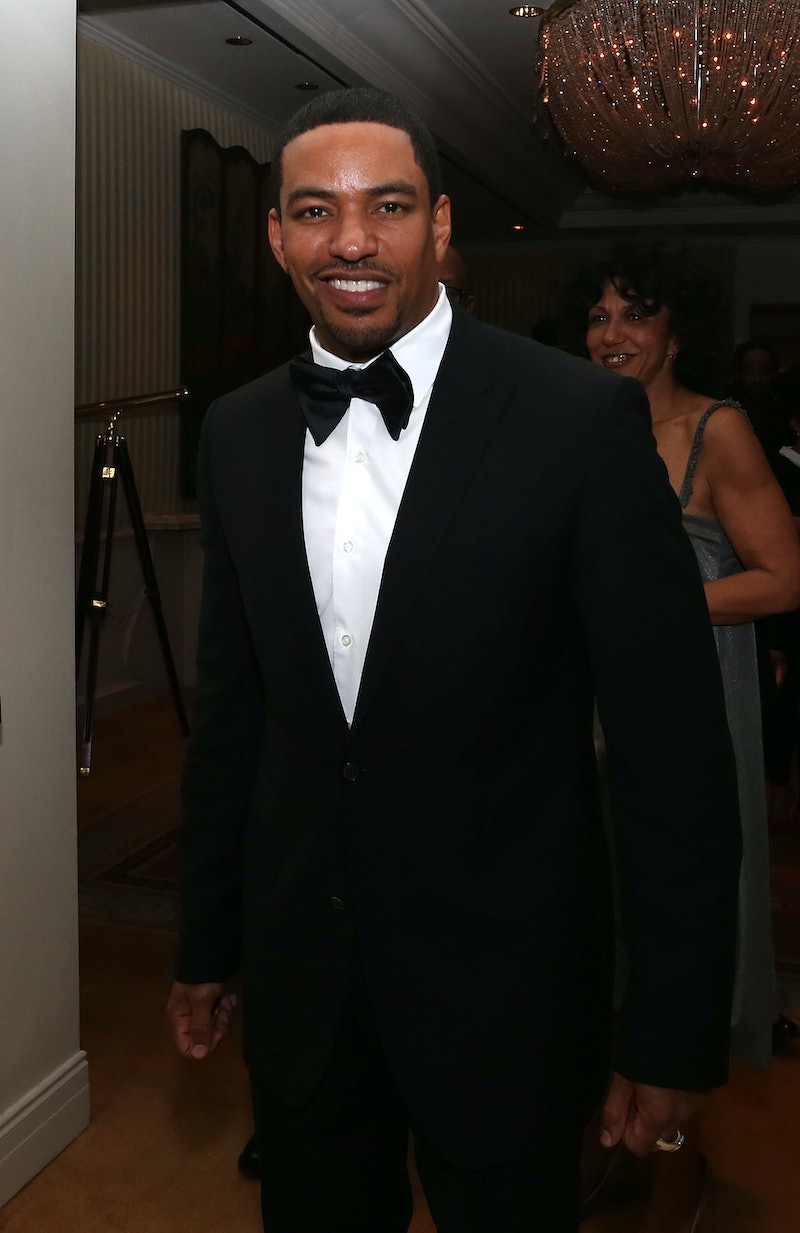 If you somehow didn't catch him before on the big screen, there's no way you can miss The Mysteries of Laura star Laz Alonso now that he graces your television every week. After jumping around in movies that range from sci-fi blockbuster Avatar to rom-com Jumping the Broom to action flick Fast & Furious 6, the heartthrob first became a fixture on our IV screens in NBC's 2012 drama Defiance. After two long years, Alonso is back and ready to steal our hearts on the small screen as homicide detective Billy Soto, the precinct partner and longtime close friend to Debra Messing's Laura Diamond.

Though the platonic pair may have the first sparks of a promising romance, the actor seems to currently be enjoying the single life off-screen. Alonso has kept his personal life pretty quiet, and doesn't seem to be dating anyone — or at least not publicly. However, he has been more than happy to share his thoughts on love, women, and marriage over the years. And with his outpouring of love for his mom, his desire for commitment, and his appreciation of strong women — not to mention his hilarious social media accounts — it's clear that the 39-year-old would be an amazing boyfriend. Here's why.

HE LOVES HIS MOM

If there's anything Alonso loves talking about, it's his mom. The actor's mother raised him in a single household, and though the family fell on hard times, Alonso told Jet he never had a clue until recently. "My mom did everything from video recoding to catering to housekeeping to put food on the table," he said. "As a child, I never knew we were poor, because I didn’t know the struggles we went through."

But Alonso always knew he wanted to give back to the woman who raised him and kept him grounded. He studied business at Howard University and began his career on Wall Street because he knew it would help his mom. "I love when Tupac said it feels good to put money in her mailbox in 'Dear Mama,'" he said in the Jet interview. "I always wanted to know how it feels and I’ve been putting money in her mailbox for 20 years."

Alonso is quick to sing the praises of his partner-in-crime Debra Messing. “Debra Messing is a comedic genius, and she does it so effortlessly," he says in the NBC video above. "She does 18 takes and you laugh every single take. There’s something magical and organic in her ability to fuse comedy and drama.”

And the actor always has a blast on set, taking goofy selfies with Messing, executive producer McG, and all the stunt doubles.

HE LOVES STRONG WOMEN AND COMMITMENT

Whenever asked about his ideal partner, Alonso isn't shy of sharing that he wants a confident mate. “I love confidence in a woman. I love a woman who has her own opinion and her own thoughts on things, whether I agree or not," he told Cocoa Fab. "I love to have that conversation and even a good debate. It keeps things interesting.” So is it any surprise that he also told the website his ideal relationship is Barack and Michelle Obama?

BUT HE DOESN'T TAKE HIMSELF TOO SERIOUSLY

Alonso may play the straight man to Messing when the camera turns on, but offset it's obvious he has no problem unleashing his humorous side, especially on Instagram. Nor does the actor have any shame sharing his love for Game of Thrones, whether that be sharing quotes via frequent tweets, or acting to the show's soundtrack.

Not to mention he's down to have fun with his fans.

Good relationship with his mom? Check. Awesome friends? Yup. Funny? Duh. Ready for love? Hell yeah. Maybe Alonso's next stop on television should be The Bachelor.